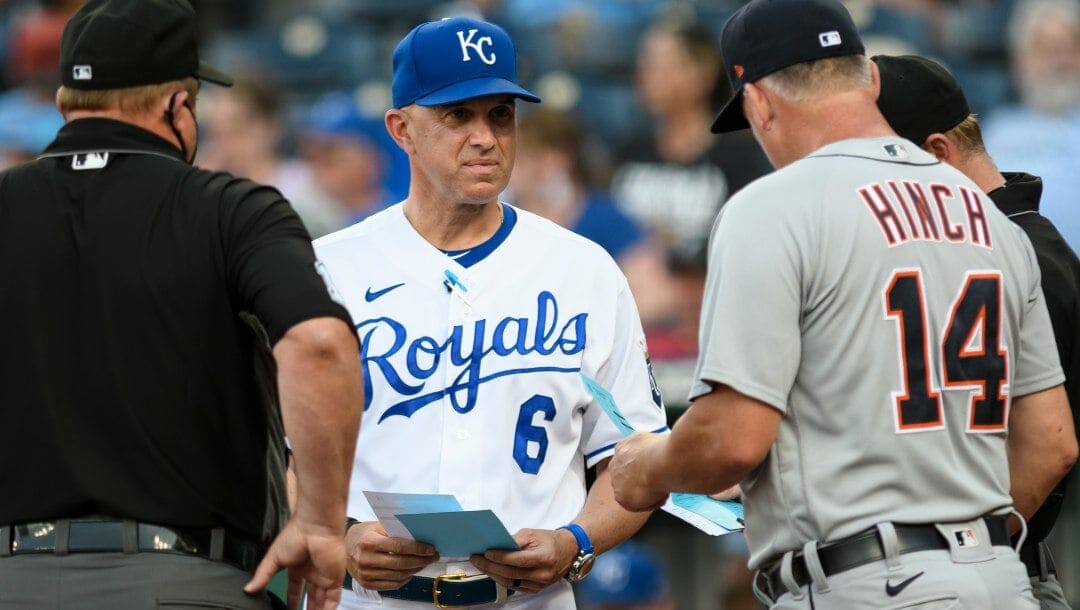 After months of interviewing and fan speculation, the Chicago White Sox have reportedly hired Kansas City Royals bench coach Pedro Grifol as the team’s manager. Grifol is a somewhat unexpected choice by the team’s front office, but after a tumultuous season, perhaps an entirely new face is precisely what the White Sox need.

So what is Grifol walking into?

If you were lucky enough to miss the White Sox’s 2022 season, here is a quick recap — it was bad.

During last year’s offseason, fans couldn’t escape the seemingly endless hype about how 2022 would be the White Sox’s year, but it certainly didn’t work out that way.

The White Sox fell apart at the seams from the get-go, with shaky offense and even shakier defense proving all the hype was nothing more than hot air from the Windy City. Chicago ended the season with a record of 81-81 and a fanbase very much at their wit’s end with the team’s front office.

After months of rumors that the team’s manager, Tony La Russa, would soon be fired — and chants of “Fire Tony!” ringing out from the home crowds to eliminate any confusion about where the fans stood on the issue — the controversial Hall of Famer announced his retirement on Oct. 3.

La Russa had been on indefinite medical leave since late August, with then-bench coach Miguel Cairo appointed interim manager for the remainder of the season, so talks of a permanent replacement had begun long before the official announcement.

Even though Grifol’s name had been in the conversation, he certainly wasn’t pegged as a frontrunner for the job.

Joe Espada, Ozzie Guillén, and Ron Washington were all interviewed for the vacant position, with many fans thinking Guillén would be hired due to his long-standing history with the team. However, it seems the White Sox took a different approach, and it may be exactly what Chicago needs.

Who is Pedro Grifol?

For those unfamiliar, Grifol played catcher for nine seasons in the minor leagues with the Minnesota Twins and New York Mets organizations. He retired from playing in 1999 and joined the Seattle Mariners organization’s front office, where he took on the roles of minor league manager (2000-05) and minor league director of operations (2008-11).

After managing the Single-A High Desert team in 2012, Grifol left the Mariners’ organization and joined the Royals in 2013. He started as a hitting coach in the minor leagues before moving up to the majors, where he has served as special assignment coach, catching coach, quality control coach, and, for the last three years, bench coach.

#Royals bench coach Pedro Grifol tells @goldbergkc and Monty what it's like working with Salvy: "Every time I get asked this question it's not just the athlete or how great of a baseball player he is, it's just how good of a person he is. … And how much he loves to win." pic.twitter.com/K1a6pcujnG

Grifol has no major league managerial experience, but this isn’t the first time he’s been considered. He has interviewed for vacancies with the Baltimore Orioles, San Francisco Giants, Kansas City Royals, and Detroit Tigers, so in a lot of ways, this opportunity with the Chicago White Sox is a long time coming.

Considering his background with the Royals, it’s quite curious that Grifol wasn’t just promoted to manager in Kansas City, and White Sox fans on social media have already begun speculating why that could be. The previous Royals manager, Mike Matheny, was relieved of his duties on Oct. 5, and Grifol was reportedly considered a candidate to step up, so why didn’t it work out?

I think it’s important to remember that not everyone is a fit in every organization, and there is unlikely to be any big conspiracy here.

Maybe the Royals just wanted someone with major league managerial experience, or maybe they did want Grifol, but he wanted to move on to a different franchise. Maybe there was a personality clash within the front office, or maybe Grifol just really likes sub-zero winters, and Chicago is more his vibe.

Regardless of the reason, it’ll likely stay as speculation. White Sox fans probably shouldn’t spend too much time fixating on it.

Once Grifol’s new role is announced and he starts with the White Sox, he will have plenty to worry about before next season.

Aside from shaking up the coaching staff, the team’s roster proved to have only too many holes in 2022, so if Chicago wants to contend next season, offseason acquisitions will have to be made.

The White Sox quite famously hate to sign players to mega-contracts or spend big on payroll, but for the team to bolster its lineup, I can’t really see any way around writing checks over the next few months.

Depth in the bullpen is urgently needed — the team’s sole trade deadline move to acquire Jake Diekman was entirely unhelpful — and at least one outfielder needs to be signed so the team’s bizarre abundance of first basemen can finally return to the infield.

He may not have been my first pick for manager, but I’m excited to see what Grifol can do.