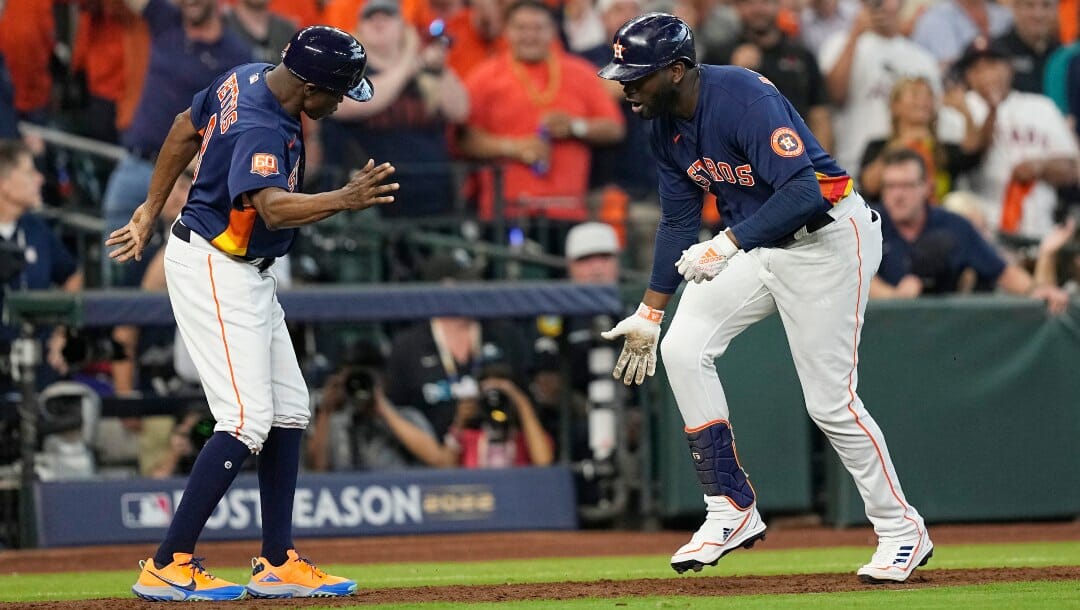 The Wild Card Series and Division Series are now behind us, and just four teams remain in contention to win it all. The MLB postseason will continue with each league’s Championship Series — the penultimate round of the playoffs.

In the AL, which will begin on Wednesday, the Yankees will take on the Astros for a seven-game series split between Minute Maid Park in Houston (Games 1, 2, 6, and 7) and Yankee Stadium in New York (Games 3, 4, and 5). The winner of this matchup will advance to the World Series to take on the winner of the NLCS.

Odds to Win AL Championship Series (as of Oct. 18):

I predict the Astros will win the AL Championship Series against the Yankees in six games.

As has become a relatively standard reaction to Houston on a winning streak, the Astros’ success in the postseason this year has come with its share of controversy and ridicule. Despite reaching the postseason in 2019 and 2021, I don’t think too many people are ready to forgive the team for the 2017 cheating scandal. Having said that, I doubt it’ll stop them from playing some phenomenal baseball in the ALCS.

In the Division Series, the Astros beat the Seattle Mariners in three games, scoring 8-7, 4-2, and 1-0 victories in the first, second, and third games, respectively. The third game went 18 innings before a run was put on the board, making it the longest game to go scoreless in MLB postseason history. While admittedly showing a lot of stamina and quite incredible defense, the offense will need to step up if the Astros are hoping to advance any further in the playoffs.

The Yankees have had a history-making season, but it doesn’t always feel like it. The world tuned in to watch Aaron Judge break the single-season home run record with 62 homers — even President Biden tweeted about it — and pitcher Gerrit Cole became the first pitcher in franchise history to strike out over 250 batters in a single season. So why is the team’s record so shaky?

New York had an outstanding first half of the season, even spurring thoughts the team could contend as one of the greatest in franchise history. Unfortunately, the season’s second half wasn’t so kind. The team kept it together enough to finish with a record of 99-63, but the Division Series against the Cleveland Guardians proved they aren’t quite the unstoppable force they were initially pegged as.

In the Division Series, the Yankees managed to beat the Cleveland Guardians in five games, scoring 4-1, 4-2, and 5-1 victories in the first, fourth, and fifth games, respectively. After the Guardians took the second and third games, it wasn’t looking good for the Yankees, but they managed to scrape through by the skin of their teeth in the only Division Series that went the full five games.

While a win is a win at the end of the day, New York will need to tighten up — and quickly — if they want any chance at all against the Astros.

Throughout the regular season, the Yankees and Astros met seven times, and the Astros won five games. The Yankees managed two wins — both at home — which doesn’t bode well for them considering the series starts in Houston.

Regardless of what happens next, the 2022 Yankees have had an incredible year, and multiple players have ensured it’ll be a season that goes down in history.

Unfortunately for New York, I just don’t think a World Series berth is likely to be added to the list of achievements. Anything can happen in the postseason, and we’ve already seen multiple unlikely victories to prove it, but the Astros are ready. The Yankees just aren’t.