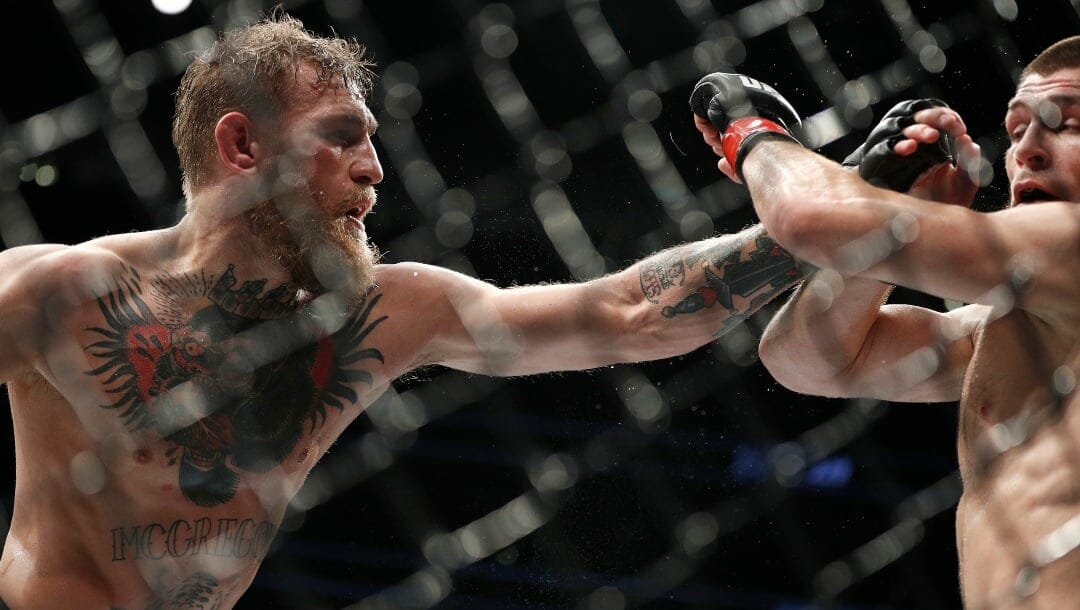 The UFC has produced some of the biggest cards ever seen in MMA odds history, and the pay-per-view buys were the main reflection of this, with over 15 events reaching the seven-figure mark in their history so far.

Mainly thanks to a man named Conor McGregor, UFC betting events reached milestones in viewership and revenue simultaneously. The Irishman owns seven of the top ten biggest PPVs in the UFC. An average of 1,538,632 pay-per-view sales in his fights made McGregor the undisputed PPV king of the company.

Topping the list for most PPV buys was the highly anticipated fight between Khabib Nurmagomedov and Conor McGregor in October 2018 for UFC 229.

The two had been jawing at each other since an incident involving Khabib and Artem Lobov, one of Conor’s teammates. Then the rivalry got personal with McGregor going all out with his trash-talking against the Russian champion.

These heated moments leading to the bout added more fuel to the eagerness of fans to watch the fight, and as a result, the event garnered a whopping 2,400,000 PPV purchases.

In the fourth round, the fight ended with Nurmagomedov choking Conor and forcing him to tap out.

Following this record-setting event is the second match between Dustin Poirier and Conor McGregor in January 2021, held at the fight island in Abu Dhabi. The pair first squared off in 2014, when McGregor knocked out Poirier in the first round of the Featherweight match.

Seven years later, the two agreed to fight again in the Lightweight division. Due to a lack of fight activity in recent years, and Dustin’s huge improvement since the first bout, McGregor was handily beaten by the “Diamond” in the second round as he scored his very own knockout win to avenge his loss.

Completing the top three is another rematch involving Conor McGregor against the fan-favorite Nate Diaz.

McGregor and Diaz were two of the most entertaining talkers in the MMA, so it was no surprise that the fight featuring them drew massive pay-per-view buys.

One of the best UFC fight posters the company has ever produced. #UFC202 pic.twitter.com/8hXjFvCeRA

The rematch resulted in a win for Conor’s favor via majority decision.