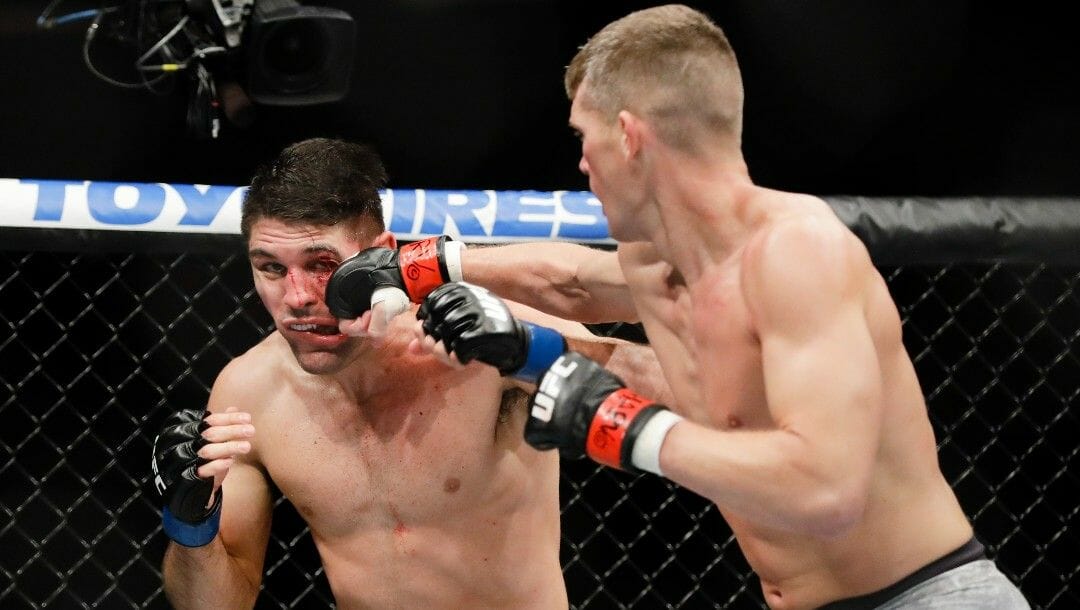 This bout is not the first time these two have fought each other in the Octagon, as Luque knocked out Muhammad at UFC 205 in November of 2016. This is reflected in the UFC odds with Luque being a heavy favorite.

It should make for a great night of UFC betting.

Luque has never been finished in the UFC and has only three losses with the organization.

In 17 UFC fights, Luque has only suffered defeats to Stephen Thompson, Leon Edwards, and Michael Graves. He’s won four straight contests, finishing all of them.

In those past four bouts, Luque submitted submission-specialist Michael Chiesa, as well as former UFC welterweight champion Tyron Woodley (both with a D’Arce choke), and he KO/TKO’d both Randy Brown and Niko Price.

On the opposite side of the cage, Muhammad is undefeated in his past seven fights.

Of those seven bouts, he won six and had one no contest (Edwards poked him in the eye). Muhammad’s past four victories are impressive, picking up decisions against former UFC title contenders Demian Maia and Thompson, in addition to journeymen Dhiego Lima and Lyman Good.

The only time Muhammad has been finished in the UFC was the last time he met Luque.

However, Muhammad gets 81% of his wins via decision, compared to Luque who only does so in 10% of his victories.

That means Luque spends, on average, four minutes and 56 seconds less time in the cage than Muhammad.

Luque hits way harder, averaging 1.07 knockdowns per 15 minutes to Muhammad’s zero, and he lands 5.65 significant strikes per minute, 1.1 more than Muhammad, but he also absorbs 2.06 more.

Nevertheless, Luque has never been knocked out in his career. Muhammad averages 1.56 more takedowns per 15 minutes, but Luque has a much higher submission rate.

This fight is tough for Muhammad to win.

Despite significant improvements to his game since the last time they fought, Luque is still dangerous everywhere. Luque has also evolved since 2016 as he’s become much more efficient and precise with his strikes.

Muhammad will most likely look for control through takedowns and try to win a decision. However, he’d still be in danger of a D’Arce choke if Luque could defend the takedown. Luque has also developed patience, making him even more dangerous than the first time they faced off.

Muhammad will have a more challenging time winning this fight than Luque. Both fighters are highly skilled, but Luque is more likely to finish this match at any moment.