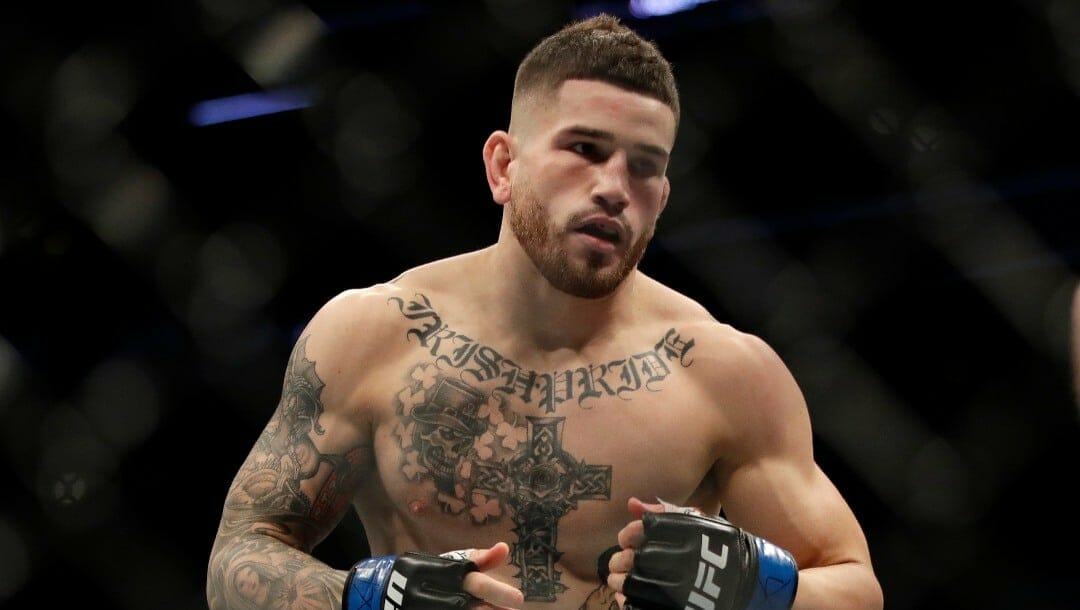 Being an undefeated fighter in any combat sport is a gigantic task to accomplish, primarily in MMA, as one punch or moment can change the outcome of a match.

Khabib Nurmagomedov is the best example of this incredible feat as the Russian athlete retired from the UFC with a perfect 29-0 record and as the undisputed lightweight champion, which is why we wish there were UFC odds on his returning to the Octagon.

As 2022 approaches spring, there are still fighters who haven’t tasted defeat in their professional careers, and we have sourced and listed the top five among them.

Here are your top five active undefeated UFC fighters in 2022, many of whom have favorable UFC fight odds each time they face an opponent.

Umar Nurmagomedov, the cousin of Khabib Nurmagomedov, one of the greatest UFC fighters ever, is on track to replicate the immaculate record of the former UFC Lightweight, who was 29-0 when he ended his career.

The 26-year old Dagestani recently added Brian Kelleher to his win record by submitting him in the first round of their match this past month in UFC 272 via rear-naked choke.

His UFC debut in January 2021 against Sergey Morozov employed the same technique when he submitted him in the second round of their bantamweight clash.

Before Nurmagomedov signed with the UFC, he was 12-0 in other MMA promotions, including six victories via stoppage.

Khamzat Chimaev is arguably the hottest prospect today in the UFC. With ten wins (four in the UFC), Chimaev has indeed burst into stardom.

His victories in the UFC were stoppages, both via TKO and submission. In his debut, he submitted John Philips, stopped Rhys McKee ten days after, and knocked out Gerald Meerschaert within 17 seconds.

Chimaev’s latest victory came at the expense of Jingliang Li last October 2021. He dominated the Chinese fighter and eventually slept him via a rear-naked choke submission to retain his undefeated record.

This win over Li also catapulted him in the rankings, and he now sits at number eleven in the welterweight division. In a high-profile welterweight bout, he is also set to face Gilbert Burns this April 9 at UFC 273.

Another undefeated welterweight is Sean Brady, who has 15 wins. After fighting in CFFC and LFA, the Philadelphia native was called up by the UFC in 2019 and pitted against Court McGee and eventually defeated him through unanimous decision.

These four straight wins set up a match with a ranked opponent Michael Chiesa last November 2021. He won comfortably via unanimous decision to become the number eighth-ranked welterweight in the official rankings of the UFC.

A new contender is emerging in the bantamweight division, and his name is Jack Shore.

The Welshman has collected four UFC wins thus far and is aiming for more. He made his UFC debut in September 2019, where he submitted Nohelin Hernandez.

Shore also successfully kept his record unscathed after masterfully beating Timur Valiev last March 19 in UFC Fight Night 204 to further boost his stock in the 135-pound division and potentially earning him a fight with a ranked opponent on his next outing. If a match comes to fruition with a top 15 contender and the ‘’Tank’’ gets a win, he will surely jump into the rankings.

Alexander Romanov is the only undefeated heavyweight fighter in the UFC right now after Cyril Gane lost to Francis Ngannou last January.

The Moldovan behemoth has 15 wins (eight via submissions and six via KO/TKO), with four under the UFC.

First, he dispatched Roque Martinez (via submission) in September 2020 for his debut, then collected three more wins over Marcos Rogerio de Lima (via submission), Juan Espino (via split decision), and Jared Vanderaa (via TKO).

The former Eagles FC heavyweight champion is looking to add Tanner Boser to his victim list this April in their upcoming battle at UFC Fight Night 205, and use a dominant victory to jump up in the UFC rankings, ultimately making him a household name in contention for the title.