The Top 5 UFC Rivalries of All Time 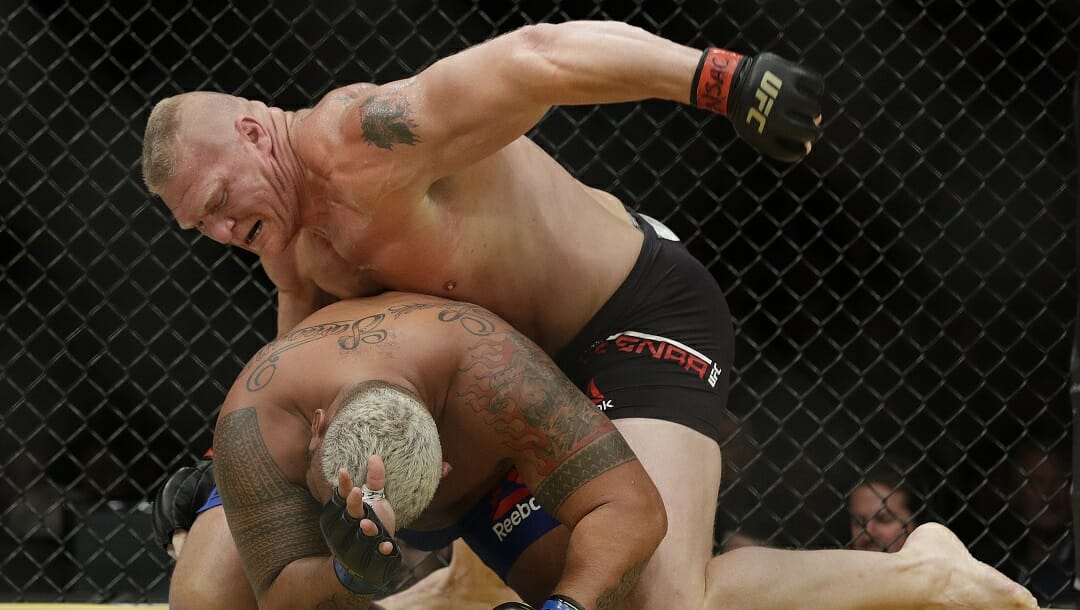 Sports are more exciting when there is a rivalry because it spices up the intensity and competitiveness. Although the UFC and mixed martial arts are relatively new in the mainstream, we have seen bad blood boil over that produced unforgettable beef on the MMA scene that even influenced UFC betting odds.

From genuine trash-talking to pure hatred for each other, fighters go at it in press conferences and interviews.

Today, we look into the top five UFC rivalries of all time.

After Rafael Dos Anjos pulled out of their title match against Conor McGregor in March 2016, Nate Diaz agreed to replace him despite less-than-ideal UFC odds. This late-notice substitution gave birth to one of the most entertaining rivalries ever.

Right from the get-go, McGregor and Diaz promoted the fight by lashing out at each other, resulting in two of the highest-grossing fights in UFC history.

Diaz submitted McGregor in the second round of the first meeting, while McGregor got one back in the rematch via majority decision to even the score. A trilogy fight is looming between these two famous athletes, but even without current contract in place, McGregor and Diaz are still exchanging jabs on social media from time to time.

Who could have forgotten the heated feud between former UFC Bantamweight Champions Ronda Rousey and Miesha Tate? This rivalry dates back from their Strikeforce days when Rousey stripped Tate’s Bantamweight title in just one round via armbar submission in 2012.

When the company went out of business, the two jumped to the UFC.

Nineteen months later, Rousey and Tate crossed paths again, but this time, ‘’Rowdy’’ was defending her title against ‘’Cupcake’.’ The same outcome was emulated in the re-run after Rousey made Tate tap again via armbar, only this time in the third round. Although Tate humbly accepted her defeat by offering to shake Rousey’s hand after the fight, Ronda refused to take it, which is why the conflict is still ongoing.

From the infamous press conference brawl up to the no-contest rematch, the dislike between Jon Jones and Daniel Cormier has had all the drama possible.

It began when Jones stated that he could take down the former Olympian whenever he wished to, which obviously didn’t Cormier like.

Jones dominated Cormier in their first fight in January 2015, but the second match was a no-contest affair after the light-heavyweight Titleist tested positive for illegal substances in July 2017.

A third meeting wasn’t meant to be as ‘’DC’’ retired from the sport and now serves as a commentator, while ‘’Bones’’ is waiting for his heavyweight debut.

In 2008, when Brock Lesnar entered the MMA world, some fans thought that it was just a stunt to lure fans to tune in. But little did they know the move by the WWE star would bring one of UFC’s biggest rivalries to life.

Lesnar was immediately matched with top contender Frank Mir. He only needed less than two minutes to submit Lesnar in their clash at UFC 81 in February 2008. This was one of the highest pay-per-view events in UFC history.

But 17 months later, in July 2009, it was sweet revenge for Lesnar, who demolished Mir with a vicious ground-and-pound beating to secure his first-ever successful title defense in the main event of UFC 100.

Lesnar proved in this match that there is nothing sweeter than revenge and that he can go toe-to-toe against the top-tier athletes in mixed martial arts.

Chael Sonnen’s persona as a bad guy was personified in the lead-up of his UFC Middleweight Title fight against Anderson Silva in August 2010. His trash-talking was at an all-time high before the fight, but he all backed it up during the first fight as he dominated the four rounds until Silva found an opening into a triangle armbar submission to make Sonnen tap.

That defeat didn’t stop Sonnen from the continued verbal shots at Silva. The most famous was when he called him out after his victory against Michael Bisping.

The two rematched, and Silva made sure to leave no doubt this time by finishing the match in two rounds through punches on the ground, forcing referee Yves Lavigne to call a stoppage.