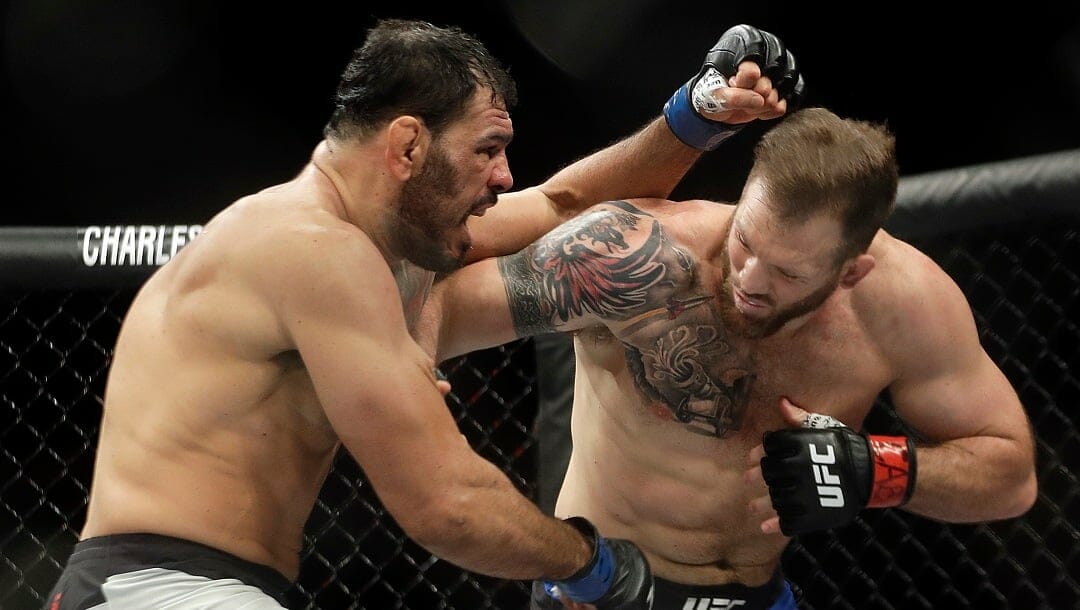 Pulling off a submission in the UFC is quite an achievement, especially since most fighters are well-rounded and evolving in their MMA arsenal. We still see some unique submissions that make us drop our jaws in awe, but what makes it more impressive is how fast these submission finishes can be executed.

For those of us locked into the UFC odds side of things, submissions are additionally exciting for their potential to be an instant source of winning. (Or losing.)

Today, we will have a rundown and look into the fastest submission victories that we have witnessed in the UFC in every division.

Emily Whitmire held the fastest submission finish in the Women’s Strawweight division when she choked out Aleksandra Albu in their February 2019 match via rear-naked choke. Whitmire only needed 61 seconds to pick up her fourth career win.

In August 2019, Veronica Macedo finally got her first UFC career win after going winless in her first three tries. She did it in a record-setting submission victory over Polyana Viana. Macedo executed an armbar maneuver and only needed one minute and nine seconds to pull it off.

Ronda Rousey’s bantamweight title run was dominant, including six title wins. One of those wins came against Cat Zingano in March 2015, where Rousey recorded the fastest submission victory in the division by making her tap via an armbar for only 14 seconds.

Ben Nguyen picked up his fourth UFC win at the expense of Tim Elliot in June 2017 to set the fastest submission win in the flyweight division. Nguyen swiftly took the back of Elliot in an early match scramble and worked his way into a rear-naked choke finish.

Patrick Williams’ debut fight in the UFC didn’t go as planned when Chris Beal defeated him in April 2014. But the explosive bantamweight fighter quickly made up for that loss by sleeping Alejandro Perez via guillotine choke in their 135-pound clash in June 2014 to record the fastest submission in the division at 23 seconds.

MMA betting experts will remember the exact moment when Chas Skelly put the Featherweight division on notice. Skelly scored a record-breaking win over Maximo Blanco in September 2016 after he aggressively attacked Blanco right from the opening bell, taking his back immediately after landing a front kick that dropped him.

Eventually, the American locked in an anaconda choke to put Blanco to sleep in just 19 seconds.

In April 2008, Marcus Aurelio set the fastest submission victory in the UFC lightweight division by defeating Ryan Roberts with a 16-second armbar. Aurelio landed a solid punch early, which dropped Roberts, and he instantly transitioned to the technique which made his foe tap out.

Dennis Hallman had one of the best UFC debuts ever. In December 2000, he was pitted against Matt Hughes in a welterweight showdown. He not only managed to defeat the welterweight star, but he was also able to register the fastest submission finish in the division by making Hughes tap out in just 20 seconds via an armbar.

Rory Singer only had two UFC career wins, but one of those wins has set the record for the fastest submission in the UFC middleweight division. Singer picked up his maiden UFC win over Ross Pointon in January 2006 and only needed 44 seconds to achieve the triangle choke.

In January 2013, veteran fighter Ryan Bader secured a 50-second Guillotine choke win over Vladimir Matyushenko to record the fastest submission win in the UFC light heavyweight division. It was Bader’s 7th UFC win at that time.

Frank Mir was arguably the first submission specialist in the UFC heavyweight division. A testament to this is his nasty inside shoulder lock win over Pete Williams in March 2002, which also happens to be the fastest submission win in the division’s history.