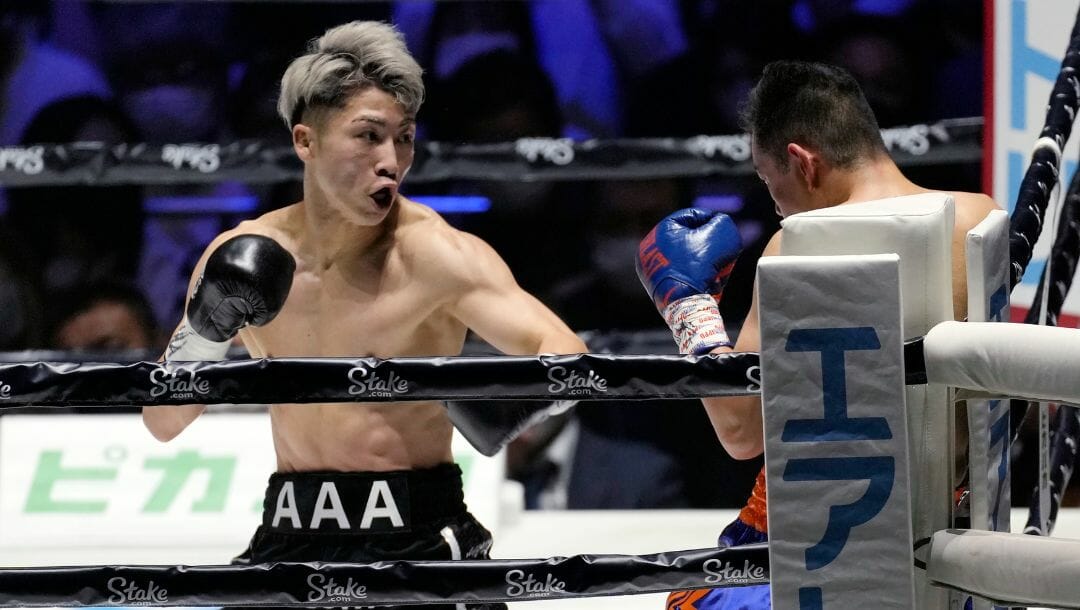 The undisputed king of boxing’s bantamweight division will be crowned this December 13 as IBF, WBA and WBC World Bantamweight Champion Naoya Inoue (23-0) collides with the WBO World Bantamweight Champion Paul Butler (34-2) in a unification match inside the Ariake Arena in Tokyo, Japan. The Japanese superstar will come in as the heavy favorite in the boxing odds at -3000, while the British star is tagged as the overwhelming underdog at +1100 in BetMGM’s online sportsbook.

Another huge factor for the difference in odds is Inoue’s immaculate record of 23 wins with 20 stoppages, equivalent to 87%. On the other hand, Butler has two losses in his previous 36 bouts with 15 TKO/KOs, which only converts to 42% in knockout ratio.

Naoya Inoue’s boxing career began as an accomplished amateur who competed in various national, regional and world championships, where he also collected multiple awards and medals. He ended his amateur career with an impressive record of 75 wins and only six losses before ultimately turning professional in October 2012 and knocking out Crison Omayao in the fourth round of their match. Two more stoppage wins over Bunman Thammakhun and Yuki Sano obtained him an outright title shot.

Due to this unbeaten run, Inoue was granted a major title fight against Adrian Hernandez in April 2014 for the WBC World Light Flyweight Title, where Inoue TKO’ed Hernandez in the sixth round to become the new champion. Shortly after this title victory, the Japanese knockout artist defended the title against Wittawas Basapean in September 2014 via an 11th-round TKO win. Before the end of 2014, Inoue added the WBO World Super Flyweight Title to his collection by knocking out Omar Andres Narvaez in the second round of their showdown.

The “Monster” lived up to his moniker by sweeping nine challengers and defending the WBO title against Warlito Parrenas, David Carmona, Karoon Jarupianlerd, Kohei Kono, Ricardo Rodriguez, Antonio Nieves and Yoan Boyeaux from December 2015 to December 2017. Inoue carried this dominance in the 118-pound division and crushed Jamie McDonnell in the first round via TKO of their WBA World Bantamweight fight in May 2018.

Five months after his successful bantamweight move, he added Juan Carlos Payano to his victim list with another first-round knockout in October 2018. Inoue’s quest to be the undisputed 118-pound champion was boosted when he won the IBF World Bantamweight Belt over Emmanuel Rodriguez in May 2019 with a second-round knockout.

Inoue’s latest triumph came against Nonito Donaire in their June 2022 title rematch. The Japanese officially closed the Donaire chapter in his career by scoring a second-round TKO victory against the Filipino, not only to keep his IBF and WBA Bantamweight Titles but also to add the WBC World Bantamweight Title to his championship collection.

The boxer out of Chester, Cheshire, United Kingdom, clashed with John Donnelly in November 2012 for the vacant British Boxing Board of Control British Super Flyweight Title and realized his dream to become a champion by knocking him out in the opening round. After the third meeting with Anwar Alfadli in March 2013, where he knocked him out, Butler won the Commonwealth Boxing Council Super Flyweight Title against Yaqub Kareem with a fifth-round TKO in April 2013.

Because of this huge success in the 115-pound division, the “Baby Faced Assassin” moved up in the bantamweight division to compete against Oreste Bernabe Nieva for the vacant WBA Inter-Continental Bantamweight Title in March 2014 and knocked him out in the fourth round to capture another title. In June of the same year, Butler finally received his first major title as he challenged Stuart Hall for the IBF World Bantamweight Title.

The now-Ellesmere, Port, Cheshire, United Kingdom resident maximized the opportunity by eking out a close split decision triumph over Hall and realizing his dream of becoming a boxing world champion. However, he vacated the title in less than a month to return to the super flyweight division and beat Ismael Garnica via points in October 2014. Butler staged a mega fight with Zolani Tete in March 2015 for the IBF World Super Flyweight Title, but Tete stopped him in the eighth round to give him his first career loss and fall short of winning a major title in the 115-pound weight class.

In the aftermath of his maiden loss as a professional, Butler competed in 15 fights across different weight classes from July 2015 to December 2019, amassed 14 wins and absorbed one defeat. Along the way, he won the WBO Inter-Continental Super Flyweight Title and the WBA Continental Bantamweight Title, but he failed to regain the IBF World Bantamweight Title. This division-hopping from Butler was halted after deciding to pursue a title run in the bantamweight division.

Butler had a strong homecoming in the 118-pound division by outpointing Ryan Walker in October 2020; then, he outlasted Willibaldo Garcia Perez in a tight battle for the vacant WBO International Bantamweight Title in June 2021 with a split decision victory. These two wins were enough to secure him a showdown with Jonas Sultan for the WBO Interim World Bantamweight Championship in April 2022. Butler handily beat Sultan to capture the interim title, which was eventually upgraded to a regular champion.

Naoya Inoue vs. Paul Butler: Tale of the Tape and Fight Analysis

The tale of the tape shows fairly even physical advantages of Naoya Inoue and Paul Butler against each other, with Butler enjoying a two-inch height upper hand at 5-foot-6 against Inoue’s 5-foot-4 height. But the Japanese will have a two-inch reach edge at 67 inches compared to the British’s 65 inches. Record-wise, Inoue is ahead with his perfect 23-0 record with 19 knockouts, while Butler carries 34 wins (with 15 TKO/KOs) and two losses.

Stylistically, this match will be a nightmare for Butler due to Inoue’s immense pressure and enormous power. He is having a hard time dealing with opponents moving forward toward him, just like what happened in Butler’s fight against Jonas Sultan, where the Filipino had his moments when he forced the British star to backpedal through his pressure and blitz of punches.

This style perfectly fits the Japanese champion because he loves to use the stiff jab to start applying pressure to his foes. Once they begin to move backward, Inoue pours down the heavy combinations evenly distributed to head and body punches. The most deadly punch of the “Monster” is his body shot that targets the liver and solar plexus, which instantly folds his opposition.