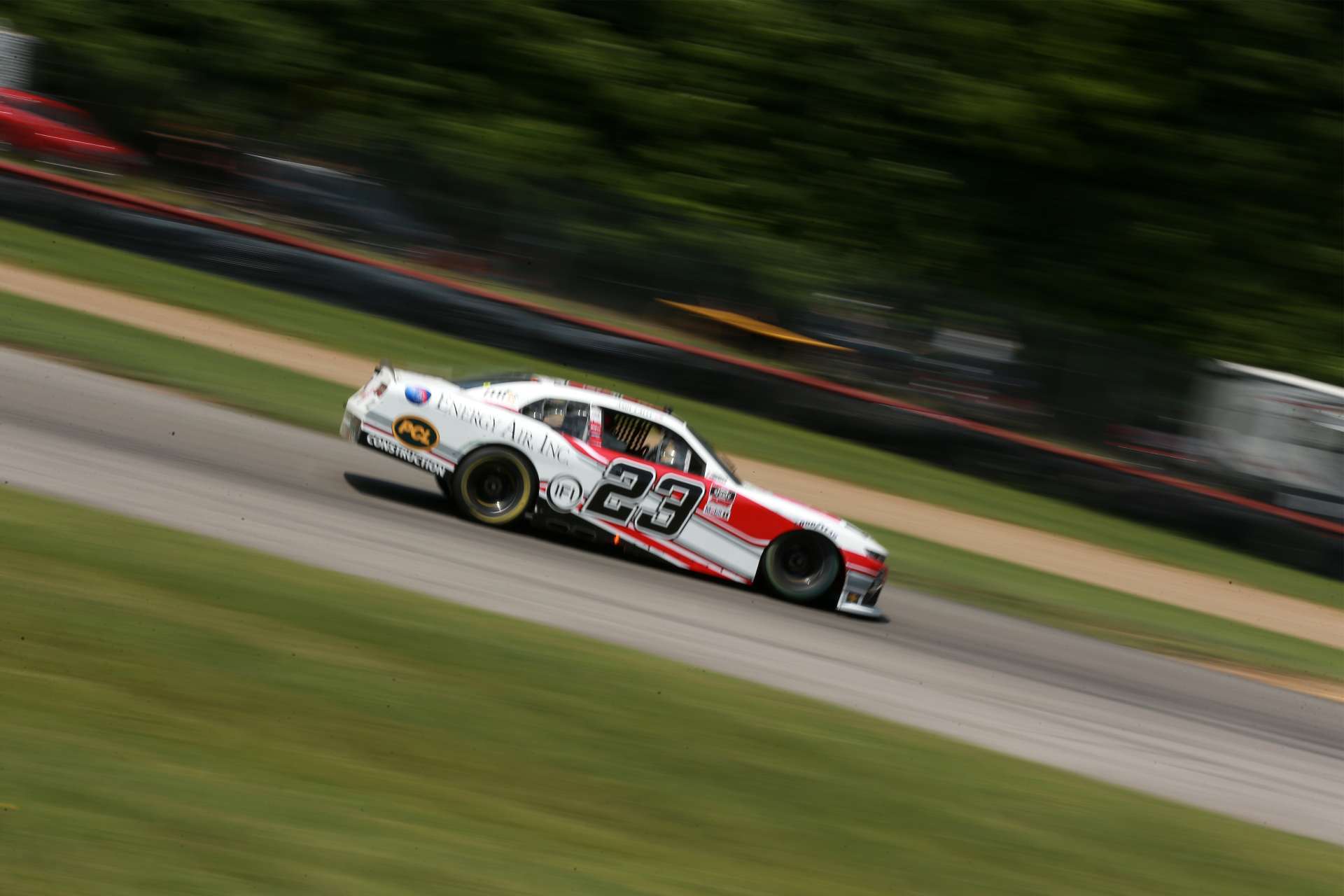 Folks, it is time for some road-course fireworks in the Xfinity Series.

If a racing dictionary existed, the description road-course ringer would likely feature a photo of Andy Lally — a member of NASCAR’s unique club of racers who thrive at winding, twisting, and turning tracks like these. He may not be at the top of the NASCAR betting lines coming into this weekend’s race, but he’s an interesting entry.

Lally — who will start 15th — has four career top-fives in the Xfinity Series along with eight top 10s. He’s never had top-flight equipment in his 16 career Xfinity races, and every Xfinity start of his has come at road courses. Also, his best NASCAR Cup Series finish in 50-plus career races was at Watkins Glen, too (18th in 2010).

Spencer Pumpelly, who has won at other venues in other series, is also in the field. He finished 16th in his Xfinity debut at Circuit of the Americas in Austin, Texas. Preston Pardus has raced nine times in the Xfinity Series — all at road courses. One of his two top 10s was at this weekend’s venue last year. Both will start in the top 20.

Below are some of the NASCAR odds leaders coming in. You can bet NASCAR online with us at BetMGM.

Busch ruins everybody else’s day in the Xfinity Series or Camping World Truck Series when he decides to moonlight in NASCAR’s lower series these days. With 59 Cup Series wins, 100 Xfinity Series wins (in 360 attempts, by the way), and 61 Camping World Trucks wins, he’s broken a lot of drivers’ hearts. That happens when you’ve won 220 career races in NASCAR’s top three series and at 36 years old could race for at least another decade.

OTHER THREATS: Austin Cindric (+260) won last year’s race here, leading 19 of the 45 scheduled laps at Elkhart Lake. Four of his career’s 12 Xfinity wins are at road courses, thus the reason he has the second-best odds behind Busch.

A.J. Allmendinger (+350) should not be ignored. His lone career Cup Series win was at road course Watkins Glen in 2014, and five of his seven Xfinity wins are at road-course tracks — including 2013 at Elkhart Lake, his first victory in one of the top-two NASCAR series.

We already described above why Lally is a threat any time he enters a NASCAR race. Lally has won 27 races in the NASCAR Rolex Grand-Am series, a top road-coursing circuit. He’s good at these, and he shouldn’t be dismissed from consideration.

At BetMGM, we have up-to-the-minute NASCAR race odds. When it comes to lines and tips to ensure the best racing betting experience, don’t miss an opportunity to bet online and more when you visit us. Also, during any sporting event with BetMGM, you can enjoy live betting.