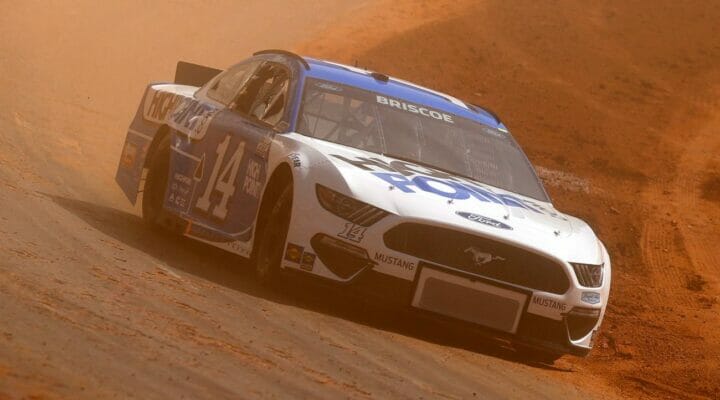 Folks, we are six races into the 2021 NASCAR Cup Series season, and the two full-time candidates for the NASCAR Rookie of the Year award are neck and neck. The problem is they’re buried pretty deeply in the overall standings — and the NASCAR odds.

That’s how it stands so far for Chase Briscoe and Anthony Alfredo, but it could change. They are the only two declared candidates for the award in 2021, as their teams both plan to run the full slate of races.

In years past, there have been as many as three times more candidates, but there’s an ebb-and-flow to how many rookies run each season.

This weekend could be a tide-turner in the race for top rookie, because dirt-course races can be tricky. Briscoe is well-known for his prowess in dirt-track racing and the NASCAR betting lines back it up for this weekend’s Bristol dirt race.

Here’s a look at the odds for a solid finish:

To land a top-three finish at Bristol:

To land a top-10 finish at Bristol:

When it comes to the season’s standings, Briscoe (+8000 to win the NASCAR Cup Series this year) is ahead of Alfredo so far. The 26-year old frontrunner for NASCAR Rookie of the Year is competing in the No. 14 car that Tony Stewart once raced, and his boss is — you guessed it — Tony Stewart at Stewart-Haas Racing.

Briscoe has finished five of six races inside the top 23, and three top 20s. What he doesn’t have so far is a top 10. Alfredo hasn’t finished in the top 20 yet, if that gives some context.

Overall in the standings, Briscoe is sitting in the No. 27 spot, and Alfredo is No. 30. But hey, it’s early. We’ll update this after another four races.

The NASCAR Rookie of the Year Award was first awarded in 1954. Blackie Pitt won the initial one and just five years later, NASCAR Hall of Famers Richard Petty and David Pearson won in back-to-back seasons (1959 and 1960, respectively). Other big names of the sport like Dale Earnhardt Sr. (1979), Rusty Wallace (1984), and Jeff Gordon (1993) have captured it, among others.

Past 10 winners (Other Competitors)

At BetMGM, we have up-to-date NASCAR betting tips to make sure you maximize your betting experience. Jump on in to bet on futures, race lines, and more at BetMGM. Check it out!