Oddsmakers & Bettors Showing Confidence in Tyler Reddick Ahead of Pennzoil 400 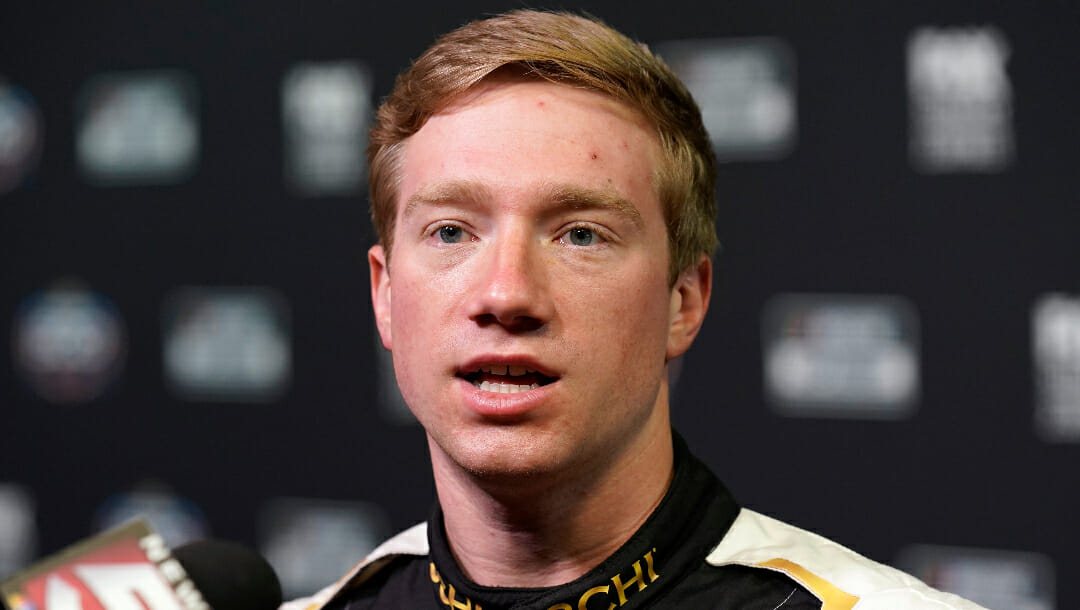 For the first three-quarters of the WISE Power 400, the 26-year-old California native was in position to earn the first of “a lot of wins,” as Kyle Larson predicted two weeks earlier when the defending NASCAR Cup Series champion joined Mamba Smith and a chorus of pundits in dubbing Reddick a potential “breakout” driver for 2022.

“I feel like when I watch him, I am watching myself just because we are both really aggressive,” Larson said. “And he seems to be even a little more aggressive and kind of keep things in control better than I could back when I was running really hard in Ganassi equipment trying to run up front.”

Despite leg numbness, Reddick did precisely that for 151 laps in his home state. He led for 90 laps – 17 more than the combined 73 laps he led in 75 previous NASCAR Cup Series races – and won the first two stages with remarkable control of his BetMGM-sponsored No. 8 Chevrolet at the worn-out tri-oval in Fontana.

“I don’t even know if I truly understand what I do or what I’m doing to the car or the tires with the line that I run,” Reddick said after the race, referring to an instinctively aggressive style he developed in dirt and sprint car racing. “I just have a system or a way of knowing how to work up to what I think is 100 percent, and then finding that extra five, ten percent when it’s time to go . . . I wouldn’t say I really understand it either.”

Unfortunately, it wasn’t enough for Reddick’s first career Cup Series win as a blown left-rear tire – and subsequent collision with William Byron – on the 152nd lap pushed him to a 24th-place finish and, eventually, Larson to his 17th career win.

It was enough, however, for a resounding vote of confidence for Reddick himself and the BetMGM sportsbook.

Shortly after Reddick praised his pit crew for adjustments on the Next Gen car and expressed optimism for the remainder of the season, oddsmakers reacted to Reddick’s strong race by slashing his championship odds and placing him narrowly behind the favorites in Pennzoil 400 odds.

Fans are also casting votes of confidence in Reddick this weekend; as of Wednesday, March 2, he ranks a season-high sixth in both ticket share and handle share for race winner at BetMGM:

Byron and Reddick share a manufacturer, Chevrolet, as Byron politely noted over his radio at Texas Motor Speedway last October, but that hasn’t stopped some on- and off-track dust-ups between the former Xfinity Series champions.

As of Wednesday, bettors are heavily favoring Byron to finish ahead of Reddick; he has 94% of tickets and 83% of the handle.

Kyle Larson wasted no time in rebounding from the lap-190 crash at Daytona with a win in Fontana, his 10th in his last 24 starts. And he’s a heavy favorite (+350) to make it 11 wins in 25 starts and top teammate Chase Elliott in doing so.

One week after Larson’s “honest mistake” that sent Elliott into the wall and out of contention in the WISE Power 400, they’re counterparts in a fascinating Featured Matchup as Larson seeks a second straight win in Vegas. He won the final two stages last March en route to his first win with Hendrick Motorsports.

Ninety-eight percent of tickets (and 96% of the handle) are currently on Elliott, however.

Despite ninth- and 11th-place finishes at Las Vegas Motor Speedway last year – with two sub-100 driver ratings that snapped a 10-race streak of 100-plus ratings at the track – Joey Logano has sensational numbers in Vegas.

To earn win No. 28, he’ll need to, at minimum, beat Vegas native Kyle Busch, whom he brawled with after a crash at the 2017 Kobalt 400. And the BetMGM public loves Logano in the head-to-head, pounding the book with 99% of tickets and 80% of the handle.

Kurt Busch, in his first year driving the No. 45 Toyota for Michael Jordan’s 23XI Racing, is back in Nevada after opening the season with back-to-back top-20 finishes for the first time since 2017.

After a decade-long struggle for relevance at his hometown track, during which he routinely finished with sub-70 ratings, Busch has finished first, 19th, and eighth in his last three starts in Las Vegas, the best three-race stretch of his career.

You can view updated Pennzoil 400 odds and more NASCAR odds at the BetMGM online sportsbook.