The Vegas Golden Knights are hardly what you would call a team with a rich history. However, in the short time they have been in existence, they have shocked doubters and beaten the sports betting odds in a spectacular fashion. A vital contributor to their success is none other than Nate Schmidt who himself is a dark horse of sorts. The lack of history when it comes to the Vegas Golden Knights is less a consequence of their achievements but has almost everything to do with the team’s relative infancy in American professional ice hockey. After all, this team defied expectations and managed to win a conference title in its inaugural season in 2018. This was no mean feat. Where do the story of Nate Schmidt and the Golden Knights cross paths? We’ll get there in a bit. Let’s get back in focus and walk down memory lane with Nate Schmidt, center stage and in the spotlight.

The High School Defenseman with a Smile

Born July 16, 1991, in St. Cloud Minnesota in the USA, Nate Schmidt didn’t find himself in the NHL by conventional means like many of his counterparts. His is a story of the stars somewhat aligning and the delivery of results when it mattered most. Nate attended St Cloud High School in 2008-09 but was undrafted. A betting man might have thought that the second-highest scoring defenseman in the state would have garnered enough attention to be drafted. Apparently not. Moreover, beyond the 21 goals and 45 points he managed, Schmidt also led his team to the Class A state semi-finals but to no avail. Nate didn’t break his stride and took his talents to the United States Hockey League. There the previous year’s form was almost replicated and gave further proof that Nate Schmidt was worth taking note of. By definition, a defenseman’s duty is to prevent the opponents from getting any decent shots in at the goalie, largely by staying in between the puck carrier and the net. Nate did that, and more. He achieved 37 points in the 2009-10 season, consisting of 14 goals and 23 assists.

A Point Proven & a Player Signed After his stint with Fargo, Schmidt went to the University of Minnesota. As a freshman, Nate didn’t spend as much time on the ice as would have been expected but when he returned as a sophomore he came into his own. More accurately, Nate tapped into his very apparent potential ending the season as the leading all college defenseman with a whopping 38 assists. In his junior years, Schmidt managed 9 goals and 23 assists for a total of 32 points. With the years of consistency, the warranted interest finally surfaced. On April 2, 2013, the Washington Capitals signed Schmidt as a free agent. Optimistic members of the sports betting world undoubtedly rejoiced as a consistent performer was on the cusp of becoming a permanent feature of the NHL arena - or so many thought. Consistency is key because while sports are largely unpredictable because of the sheer amount of variables involved, it’s the consistent performers who help make a sure thing surer. Schmidt ended his season with Hershey of the American Hockey League, delivering a single goal and a total of four points. This was his total for the eight games of the regular season he competed in. He also added a further two assists to his tally from the five Calder Cup playoff games he featured in. The first two pro seasons of his career were divided between Washington and Hershey, culminating in a total of 68 NHL games. Nate’s debut took place in October of 2013 but he would have to wait until December 2013 to reprise his role as a scoring defenseman with a goal against the Nashville Predators.

The Story So Far

Nate spent four seasons with the Capitals, sticking with them until the 2015-2016 season. This just so happened to coincide with the establishment of the Vegas Golden Knights. The team came into existence as an expansion team in June 2016. A year later, a draft of unprotected players who were applying their trade for other teams in the NHL were added to the Golden Knights roster. This included none other than the 6 foot, 192-pound defenseman with a penchant for putting the puck in the back of the net. Schmidt was signed on a two-year contract to the value of $4.45 million.

A Few Bumps in the Road

Unfortunately, the fairy tale was somewhat short-lived and despite a stellar start that saw him deliver 40-point range performances he had to serve a suspension. It was a 20-game suspension levied for allegedly violating the NHL's Performance Enhancing Substances policy – something which he still denies. The suspension might have temporarily dulled his offensive edge but it barely left a blemish on his defensive capabilities.

A Wildcard or Winner 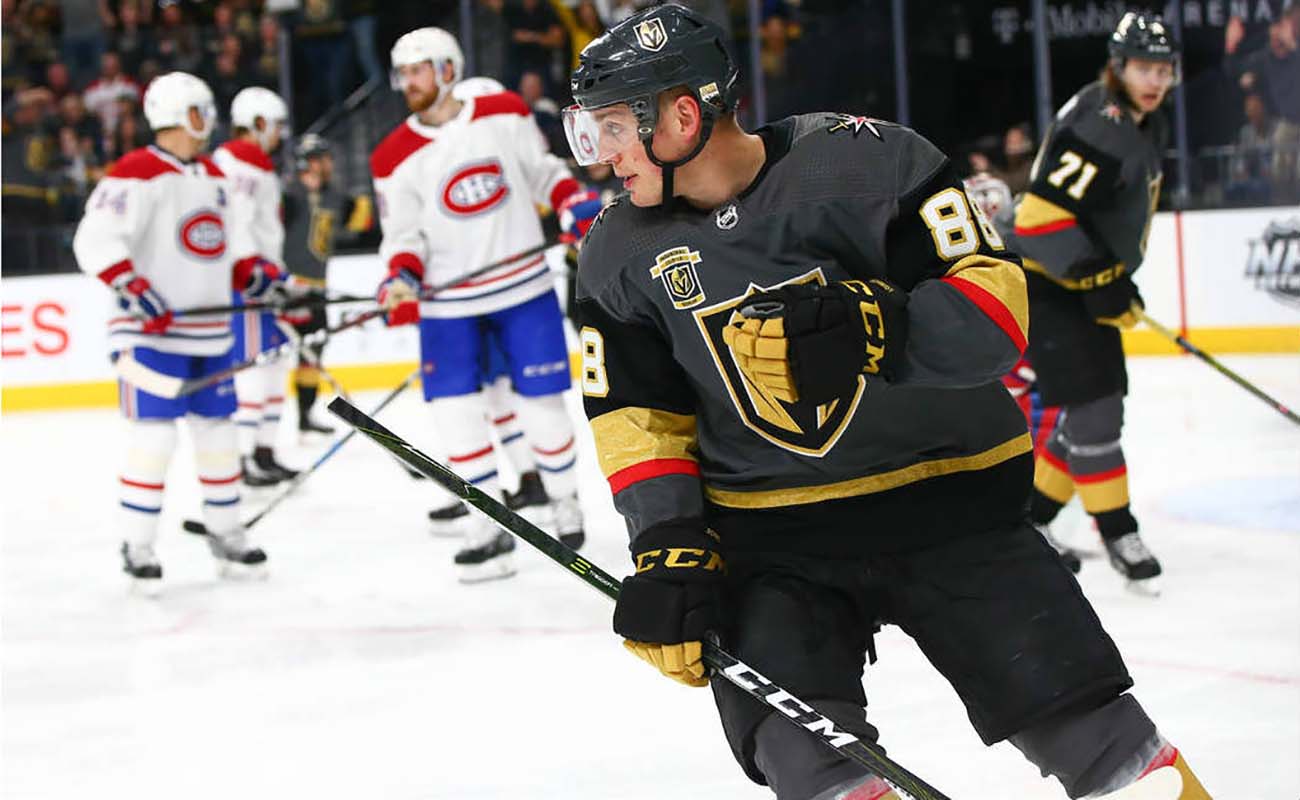 Nate spent the majority of the 2018-19 season trying to regain his former prowess. Sadly he could only muster appearing in a mere 61 regular-season games. This season, however, Schmidt has shown glimpses of his brilliance. Recently he scored against the Hurricanes in the Vegas Golden Knights’ 4-3 victory. During the course of this game he achieved a plus-3 rating, showcasing his talent and confirming that he is more than capable of delivering as long as he has his health. The more game time he can manage, the better.

Help Us Settle the Score

Sports betting has become an institution in itself with sports betting news competing with regular news and countless punters finding themselves preoccupied with emerging sports betting trends. In light of this, the ongoing debate as to whether sports betting is a skill or merely a game of chance that we mistakenly treat as a game of skill rages on. It’s a topic worth addressing because it would be a criminal stretch of the truth if we didn’t admit that talented players like Nate Schmidt carry considerable weight when it comes to swaying the fortunes of a team or the outcome of a game. When a player can have such an influence over the outcome of a game and such an impact on a season, then the application of statistical knowledge must improve the chances of successful sports betting, ultimately making online sports betting a skill; not a matter of chance.

Put Your Player Knowledge to the Test

With 31 teams and 20+ person rosters involved, the NHL season is an exciting prospect for bettors and lovers of the game. BetMGM Sports is an online platform that lets you experience the thrill of sports betting in the palm of your hand. It covers all major professional sports ranging from football, baseball, basketball, hockey, MMA, soccer and tennis to college sports like college football, college basketball, and college baseball. The BetMGM sportsbook app allows you to engage with your favorite sporting events in real-time, giving you the latest betting odds, enhanced offers, and multiple betting formats, from moneyline and point spread bets to parlays and futures. If you’re keen to join millions of fellow sports fans in an experience that puts your knowledge of sports on the line, check out the site today.