NL West Odds: Bet the Dodgers or The Field? 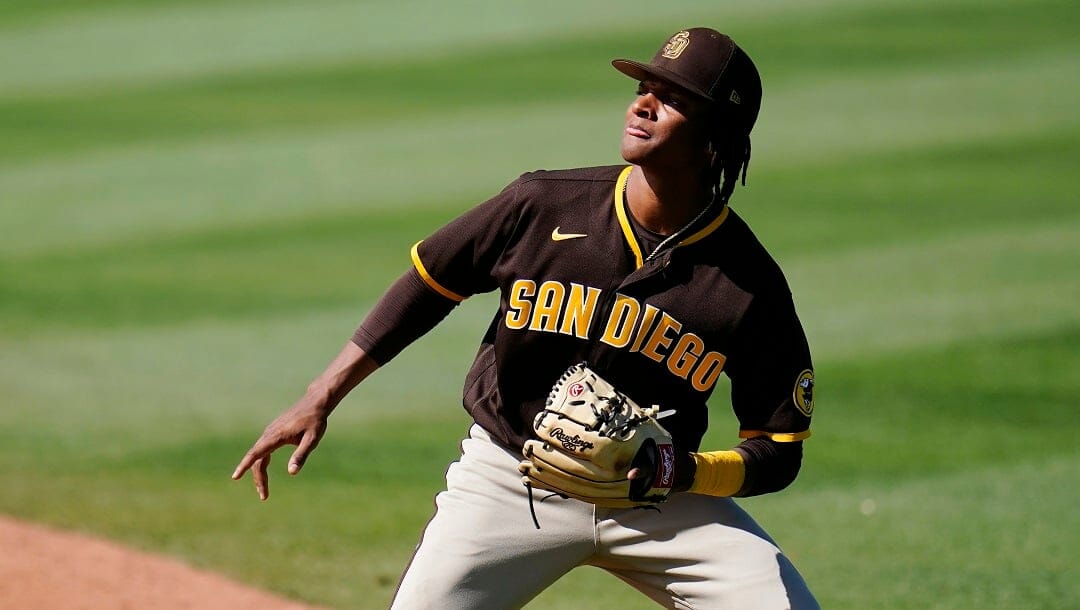 The lockout is lifted, and Major League Baseball is right around the corner. With the updated Opening Day just over a week away, it’s the perfect time to examine the MLB futures market, as well as the World Series Odds.

Today, we’re taking a look at the NL West, where one or two talented challengers hope to take the crown from the star-studded Los Angeles Dodgers.

Last season, the Dodgers racked up an impressive 106 wins to place second in the National League West.

Their Long-time rivals, the San Francisco Giants, won 107 games with a 26-man payroll that was $40 million lower.

The Dodgers still have the highest payroll in baseball this season, with the underachieving San Diego Padres are in the top five as well.

The NL West will most likely be a two-team race, but those pesky Giants could surprise people again.

It’s not hard to see why. LA’s projected lineup consists of Mookie Betts, Trea Turner, Max Muncy, Justin Turner, Cody Bellinger and new addition Freddie Freeman. They have power and consistency up and down the batting order backed up by a nasty rotation. A few of the LA starters are among the best in the game, including Walker Buehler, Clayton Kershaw, and Julio Urias.

They have a few question marks in the back end of the rotation, but the rest of the Dodgers’ roster has very few weaknesses.

The San Diego Padres offer a lot of value at +300 but will be missing one of their key players for up to three months.

Fernando Tatis Jr. had surgery on a broken wrist that will keep him out of the lineup for a while.

Even without their slugging shortstop, there are still a lot of players that could do damage for the Padres, including Manny Machado, Jake Cronenworth, and Wil Myers. Make no mistake, though — losing Tatis is a significant problem in such a competitive division.

The Padres have a strong rotation led by Yu Darvish and Joe Musgrove. Their other starters, Blake Snell and Mike Clevinger, will be limited through Spring Training but should be ready to go for Opening Day.

Clevinger missed all of 2021 due to Tommy John surgery, and Snell usually eases his way into the regular season.

San Diego could be a good bet if the Dodgers stumble out of the gate or run into their own injury problems, but they don’t stack up on paper right now.

“We just have to be what we’re supposed to be.”
https://t.co/c86QtDDcNw

You might remember that the San Francisco Giants had the best record in Major League Baseball last season, which means they could be experiencing a little disrespect from the oddsmakers. A price north of +500 could indicate last season was a fluke.

The Giants might not be the sexiest team on paper, but results are results, and they put up 107 wins in 2021. Even if it felt like the wheels could have fallen off for San Francisco’s campaign at any moment, they did finish with the second-best run differential in the Majors at +210 (the Dodgers were first with +269).

San Francisco should not be favored above the Dodgers (and arguably not above the Padres), but they have a legitimate chance of shocking the baseball world again. The Giants have value as an outside bet at +500.

It might be tempting to bet on the Colorado Rockies and Arizona Diamondbacks thanks to these lucrative odds, but hold off on dropping money down on these two. Their odds are bad for a reason.

At BetMGM, you can view updated MLB odds throughout the season. With live sports betting, prop bets, run lines, and more, the best baseball betting experience is at BetMGM. Check out MLB betting now from your computer with online sports betting or your phone with mobile sports betting.