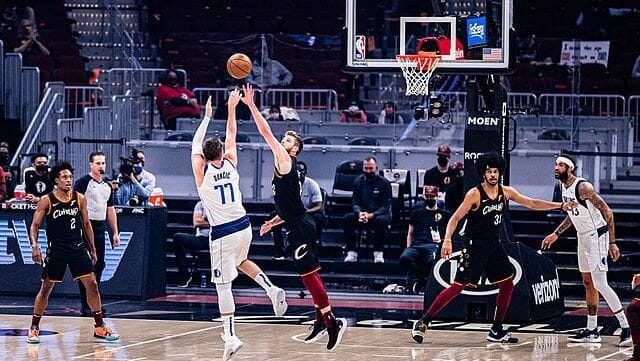 Having drafted All-Star teams multiple times before, LeBron James knew exactly how to put together an impressive collection of talent.

The Lakers star will be the captain for Team LeBron which has an NBA moneyline of -225 and an NBA point spread of -5.5 for the annual All-Star game. It will be back in familiar territory for James as it takes place Sunday in Cleveland.

What do you think of #TeamLeBron, @KingJames?

Here are some of my favorite basketball betting picks for the game.

The talent for James’ team is simply undeniable. With former All-Star MVP and NBA MVP Giannis Antetokounmpo as well as league MVPs like Stephen Curry and Nikola Jokic, this squad is loaded. James went as far as to call Antetokounmpo the hardest-playing participant of the All-Star game, and if that continues, that will be a problem for anyone trying to guard him.

Darius Garland and Jarrett Allen are also two Cleveland players who will look to perform at a high level in front of their home crowd. And with the likes of James, Antetokounmpo and Jokic joining forces with skillful wings like DeMar DeRozan, Jimmy Butler, Chris Paul and Donovan Mitchell, Team LeBron possesses a remarkable balance of size, speed, shooting, play-making and defense.

Team Durant will also be without captain and Nets star Kevin Durant as he deals with a knee injury. With Joel Embiid, Rudy Gobert and Karl-Anthony Towns all on one team, they will be formidable around the rim. However, I think Team LeBron’s balance and experience will win out and it will earn a double-digit victory.

All-Star games are usually regarded as high-scoring affairs, and they always have been. But this threshold is a little high, especially when considering recent history.

For the last four All-Star games, when captains were designated and teams were picked, three of them had a total of less than 322 points. Going back to 2010, factoring in when the contest was a matchup simply between East and West players, nine of those games were Under this number.

If Team LeBron does prevail, I believe Doncic is in a strong position to take the game’s MVP award.

For one, the young Mavericks point guard has yet to win an All-Star MVP. As he bolsters his case to be regarded as one of the best in the NBA, he’ll have some motivation to add to his resume.

Against the Pelicans on Thursday, the Mavericks’ last game before the All-Star break, Doncic  went off for 49 points, 15 rebounds and eight assists. He also totaled 45 points on Feb. 12 and 51 two nights before, both against the Clippers.

Doncic has the ninth-best NBA odds to win the regular-season MVP award at +4000 and the sixth-best to be the All-Star MVP at +1000. Both are appealing considering how well he’s performing.