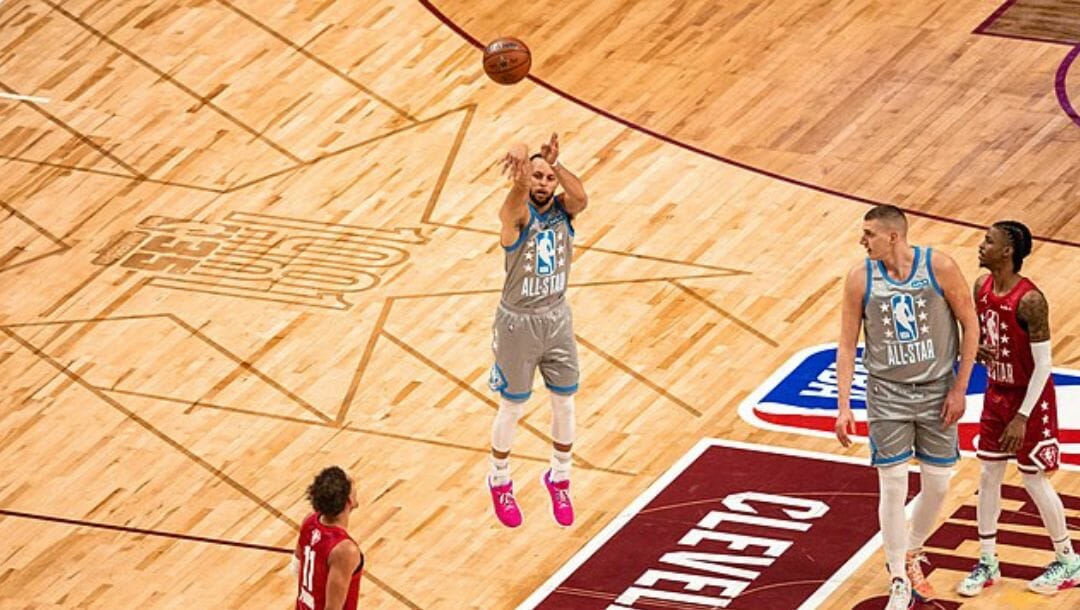 NBA teams pay a large amount of salary to superstars to further enhance their chances in the NBA championship odds. The players are repaying these massive contracts by making the team more competitive and establishing the franchise as a perpetual contender in the league.

But who among these superstars has the biggest payroll in the 2021-22 NBA season? Find out in this list.

Golden State Warriors’ main man, Stephen Curry, maintained his place as the highest-paid player in the NBA for the second straight year at $45.7 million. The former two-time league MVP and four-time NBA champion is the pioneer of the three-point revolution in the league, wherein teams are shooting more three-point shots.

Steph Curry will extend his contract off his $45.8 million salary for 2021-22, which means he’s now guaranteed $261 million over the next five seasons. pic.twitter.com/hYiBpI6Eo4

Following Curry on the list is Philadelphia’s James Haden, who was acquired by the team through the February deadline for Ben Simmons. The ‘‘Beard’’ currently enjoys the last year of the four-year extension he signed with Houston in 2017 for $171.1 million, which will make him a fortune of $44.3 million this season.

Harden is tied with Houston’s John Wall, who is collecting the third-year max contract he signed with the Washington Wizards in 2017 before being traded to the Rockets in 2020 for Russell Westbrook.

Speaking of Russell Westbrook, he also is enjoying the fruits of the max contract he was able to ink during his time with the Oklahoma City Thunder, a hefty $206.7 million max extension for five years. Since then, he’s played for two different teams, the Houston Rockets (for the 2019-2020 season) and the Washington Wizards (for the 2020-2021 season). During the fourth year on the extension, he is making over $44 million while a member of the Los Angeles Lakers.

Russell Westbrook is owed the following amount over the next four seasons:

Comparable to a FA that signed a max contract this summer.

Westbrook also has a 15% trade bonus that would be voided in any deal.

Rounding out the top five of biggest salaries this year is Brooklyn superstar Kevin Durant who is bagging $42 million as part of his multi-year contract with the Nets team. The two-time NBA Champion and two-time NBA Finals MVP also signed a contract extension with the franchise last summer to assure his services for the next four years.

Let us dive into the top eleven contracts of these NBA superstars as the season continues. These numbers can potentially help you when making basketball bets.