What Can the 76ers Do Without Joel Embiid? 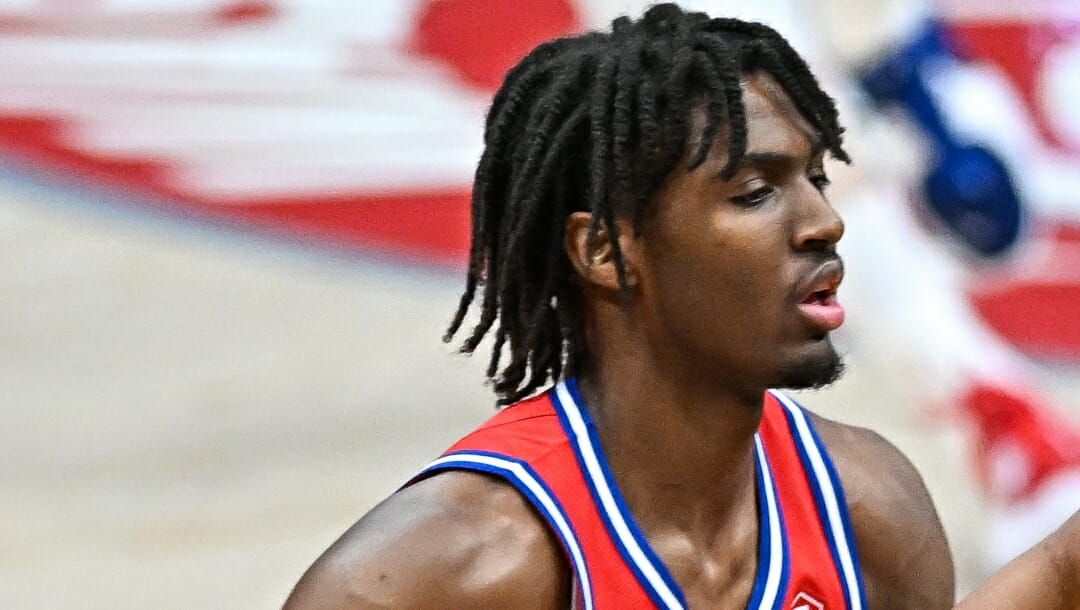 A tumultuous battle had the Philadelphia 76ers leading by five points early in the third quarter.

In Game 1 of a second-round playoff series at Miami, the 76ers were without Joel Embiid, who was one of the NBA odds leaders to win MVP this season. Yet Philadelphia’s offense clicked, as James Harden and Tyrese Maxey maximized their scoring chances.

And in the second half, it didn’t.

The 76ers were discombobulated as they tried to keep up with the Heat’s ball movement. Miami was also overwhelmingly more physical.

The Heat changed the outcome of the game, snagging a win that altered the complexion of the Eastern Conference semifinal series.

“We just watch film and see what we can do consistently,” Harden told reporters. “First half it was working, second half I think we slowed up a little bit more. Just having a purpose on the offensive floor and executing.”

Tyler Herro and Bam Adebayo helped the Heat take the Game 1 dub over the 76ers 👏 pic.twitter.com/7GHdkKTacZ

The Heat lead the series 1-0 after winning 106-92 on Monday. Tyler Herro paced Miami with 25 points off the bench, while Bam Adebayo added 24 and 12 rebounds. Five Heat players totaled double-digit points.

“We actually got some really good looks,” Maxey said. “We’re not going to miss them all every single game. You’ve just got to keep generating those looks and just keep being aggressive and getting down hill.”

Tobias Harris led Philadelphia with 27 points, while Maxey had 19 and Harden had 16.

#12 is not messin' around tonight. 😤 pic.twitter.com/GY4tFWPBbs

Due to an orbital fracture and concussion, Embiid did not play in Game 1 nor is he expected to appear in Game 2.

However, the All-Star center who averaged 30.6 points per game during the regular season may return for the third and fourth games when the series goes to Philadelphia.

When Harden was traded from the Nets to the 76ers, the hope was his offensive impact would be immediate.

Rather, it’s been inconsistent.

In 21 games in Philly, he’s averaged 21 points per game. That would be his lowest season average since 2011-12 when he was playing primarily off the bench.

Against the Heat on Monday, Harden scored 12 points in the first half. He ended the night with 16 points on 5-of-13 shooting.

Harden recognized other weaknesses as well.

For starters, the 76ers coughed up 14 turnovers. Those extra possessions helped the Heat take 92 shots, 13 more than Philly.

The Heat also dominated the boards. They ended with a 47-37 rebounding advantage including a 15-9 edge on the offensive glass.

Embiid’s offensive prowess and presence down low would’ve made a difference in both areas.

Maxey felt Philadelphia’s previous series against Toronto would’ve served as preparation for this. In the face of those mistakes, he still felt winning against Miami was attainable.

“It’s not totally out of reach like you saw in the first half,” Maxey said. “The physicality they play with, we have to match it.”

They believed they made favorable shot selections, though. Moving forward, Harris hopes to attack Miami’s smaller guards and, most of all, be aggressive.

“I definitely thought we got the looks that we wanted,” Harris said. “And sometimes it happens. It’s a make-and-miss league. We’ll take those same looks next game as well, so we’ve just got to be prepared.

“They didn’t fall for us. I think that kind of led to that drop in our energy a little bit on the defensive end.”

it's a bird, it's a plane, it's JOEL EMBIID. ✈️😏 pic.twitter.com/QwnDLTtVAY

Though the Heat won by double digits, Maxey felt “a little bit” like it was a win that slipped away from the 76ers. He didn’t feel hopeless even without Embiid.

If they aren’t, the Heat could be moving on to the conference finals.