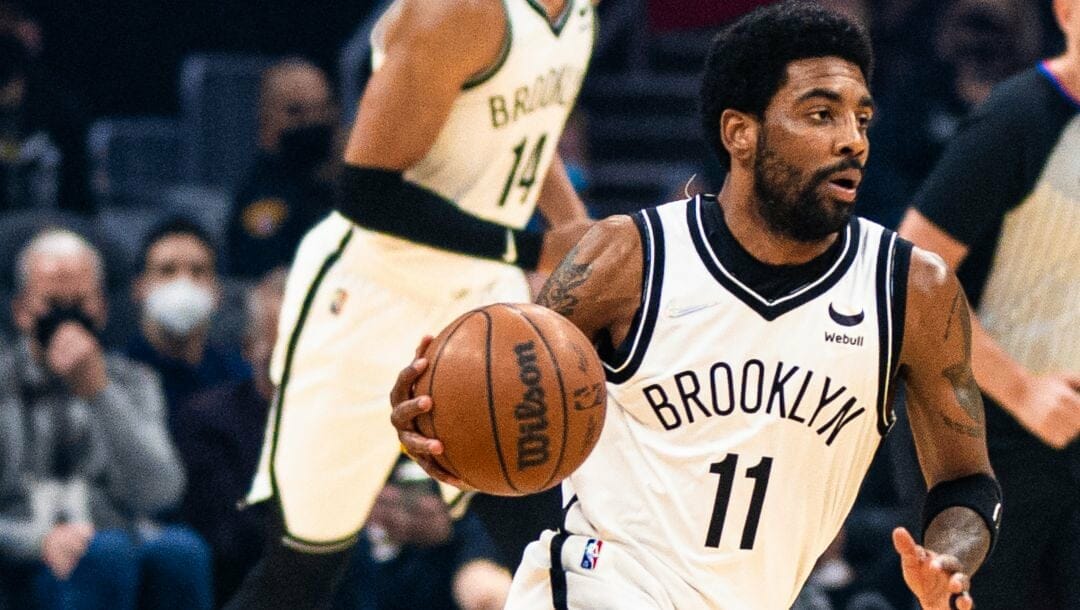 With one of the best defenders in the world before him, Kevin Durant crossed over. Then he was double-teamed. And he was poised as ever.

The Nets, who have the second-best NBA Finals odds of +600, had a six-point lead with under a minute to go against the Jazz. Though in control, the Nets were in danger of letting their stretch of wins become a losing skid.

Durant drove past Rudy Gobert, who has the second-best NBA odds of +160 to win Defensive Player of the Year. He aired a pass up. There was Nic Claxton, ready for an alley-oop dunk.

Durant, and the rest of Brooklyn, began to celebrate.

Finally, the team was winning as intended. Though, it’s not in the conceived fashion when this team was assembled.

The Nets have won six of their last seven games. At 38-34, they’re eighth in the Eastern Conference and within reach of avoiding the NBA’s play-in tournament.

But they’ve done so without Ben Simmons, the recently-acquired All-Star who has yet to make his Brooklyn debut due to injury, and Kyrie Irving in home games due to COVID-19 vaccine mandates.

The Nets are winning at last, and they could be one of the most dangerous playoff teams that won’t have a top-four seed the NBA has seen in a long while.

Nets head coach Steve Nash confessed, “there’s no guide” to managing the conditions his team has.

“Everyone has ups and downs, everyone has letdowns,” Nash said. “We’re trying to finish the season strong because it’s an important time for us to get to know each other and to get to find a style of play and understand the way we connect, what our details are and how they fit together. It’s easy to put them on paper, it’s another thing to do it on the floor, on the court.

At times, the Nets compete at the level hoped when Irving and Durant decided to join them. But this is mostly when Irving is available.

Their recent run of wins began with a 50-point performance by Irving at Charlotte. On March 13, Durant dropped 53 in a three-point win over the New York Knicks. Two days later, Irving topped that with 60 points in a 150-108 rout at Orlando.

When the two are on the floor together, the chemistry is evident. Both are deadly shooters, and both are effective facilitators in their own ways.

“The game of basketball, we both look at it as an art form,” Durant said. “Every time down, anything can happen and you’ve got to be prepared for any situation, and you saw that tonight and you’ve seen that over the course of our careers, just being ready and prepared for each moment and trying to do the best we can do.”

"A sight to see.. a gorgeous display."

Kyrie Irving pulls up for 60 points, the most ever by a Nets player and the most in his illustrious career. pic.twitter.com/3875p2wzyF

Nash added when Irving was thriving as he was, he emphasizes staying out of the way and allowing him to remain focused.

“It’s just about the team getting in the flow,” Irving said. “That’s a true purity of this game is doing it efficiently, doing it on both ends of the floor and then coming out with a W so I’m just glad it wasn’t an empty 50-plus game.”

In their last seven games, the Nets are first in the league in offensive rating. Among those who average 20 minutes or more per game, Irving is second in that category individually.

Granted, that’s in 19 games this season.

“He’s just so skilled and such an incredible athlete,” Nash said. “He moves so well. He is always able to find a little bit of space. It’s amazing that he can get in there amongst three, four players much bigger than him and still find a window to finish like there is no one else on the floor.”

In the Nets’ recent winning stretch, they’ve only lost one game: a two-point decision against the Mavericks. And Irving wasn’t available.

Simmons also has yet to play following his trade from the Philadelphia 76ers in exchange for James Harden. ESPN reported he has a herniated disk in his back, so his goal to return to the court is still uncertain.

The Nets have dealt with other injuries as well.

“We’re such a close group that I think at this point we’re ready to deal with whatever comes our way,” Irving said. “In order to make history, some things are just not going to go your way, but you’ve just got to be able to battle through it.”

Regardless of who has been on the floor, Durant has usually been spectacular. He averages 29.6 points, 7.2 rebounds and 6.1 assists per game.

Respect for those who paved the way. pic.twitter.com/R3c90nXAI1

In the win over the Jazz, he was the clear focal point of the offense.

He was cashing 3-pointers over contesting defenders at will. And when he wasn’t, he found open passing lanes as he did for Claxton.

Durant is sixth in the league in the NBA’s player impact estimate. He’s ninth in NBA betting odds for MVP at +15000.

Durant emphasized that he has a job to do, and that’s playing at his best, whoever may be on the court with him.

The Nets have a shot to win a title. The question is whether they’ll have the firepower to do so.