Cade Cunningham a Bright Spot for a Losing Pistons Team 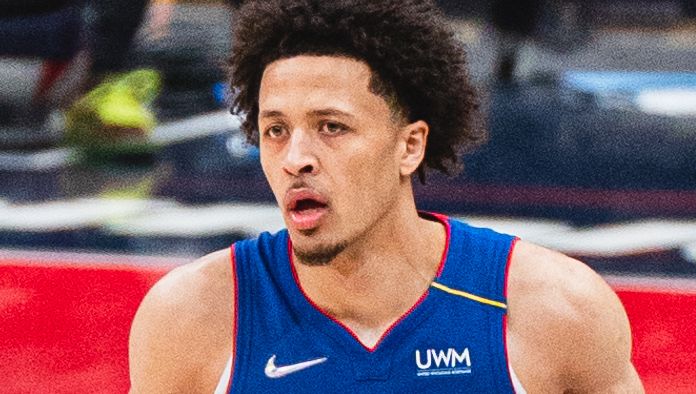 Flashing up to the left wing, Cade Cunningham ran past a screen. The instant the Pistons guard caught the ball, he was determined to shoot.

Cunningham, who has the second-best NBA odds to win Rookie of the Year at +400, cashed a 3-pointer. He gave the Pistons a lead with about four minutes left in overtime against the Hawks earlier this month.

Detroit wouldn’t relinquish this lead. It went on to win its third straight game, and Cunningham offensively paced his team once again.

The Pistons are out of playoff contention, as they have the second-lowest NBA betting odds to win this year’s title at +100000. But Cunningham, who was drafted first overall last year out of Oklahoma State, has been a bright spot.

“Obviously Cade was big down the stretch,” Pistons forward Kelly Olynyk said after a win earlier in the season. “He was unbelievable.”

Cleveland’s Evan Mobley leads Rookie of the Year basketball betting odds at -350. He averages 14.9 points and 8.3 rebounds per game.

In that January tilt, Cunningham had a triple-double with 19 points, 10 rebounds, and a team-high 10 assists.

Cade Cunningham with the no-look assist to Marvin Bagley 🤝 pic.twitter.com/iIY38iRkfQ

“I definitely knew that was going to be one of the narratives going into the game, but I never really try to focus in on too much on that stuff,” Cunningham said afterward. “I can’t play Evan Mobley’s game better than him, and he can’t play my game better than me so I try to just focus on what I have to do to play the game and I’m sure he’s doing the same.

“If I just focus on myself then I feel like I put myself in the best position, but sometimes if you focus on the narratives and stuff, your mind’s not in the right place.”

Cunningham displayed a mental poise, one that went beyond his offensive statistics. He said he was most proud of his steal in the final two minutes which helped seal the win.

He also was charged with only one turnover.

The @DetroitPistons are live on NBA League Pass: https://t.co/oz9UCQxdQa pic.twitter.com/XvpnwQY5q4

Pistons head coach Dwane Casey lauded the first-year player for a number of things that go beyond the box score.

“For him, he’s got to learn,” Casey said. “I’m sure there’s a playbook on him now around the league, but again, he’ll learn. He’s a smart kid.”

The Pistons are 18-50, out of the Eastern Conference playoff picture. With 14 players on their roster who are 24 years old or younger, they’ve used the season to find their roles and develop connections.

That’s led to better play as of late, and it begins with Cunningham. His evolution is not only key for the long-term future of the franchise, but it’s helped the Pistons win lately, too.

In a loss to the Celtics on Friday, Cunningham’s 27-point performance tied Pistons legend Isiah Thomas for the franchise’s most 25-point games by a player 20 years old age or younger with 10.

Two days later, Cunningham led his team in points (23), rebounds (nine), and assists (10) in a loss to the Clippers. Even in the Pistons’ losses, he’s continued to show promise.

🏀 28 PTS | 6 REB | 10 AST @CadeCunningham_ orchestrated the @DetroitPistons offense dishing out 10 dimes to lead the #Pistons to the win in OT! pic.twitter.com/ppa0ZqK3Z1

Cunningham has illustrated an instinctual scoring ability. He’s also stepped up on defense at times this season.

But perhaps most importantly, he’s shown a pro-level mindset that will help him continue to improve as his career unfolds.

“I just try to stay in the moment,” Cunningham said. “Trust my work, trust my teammates and I know if I let the game come to me, things will go into motion.”