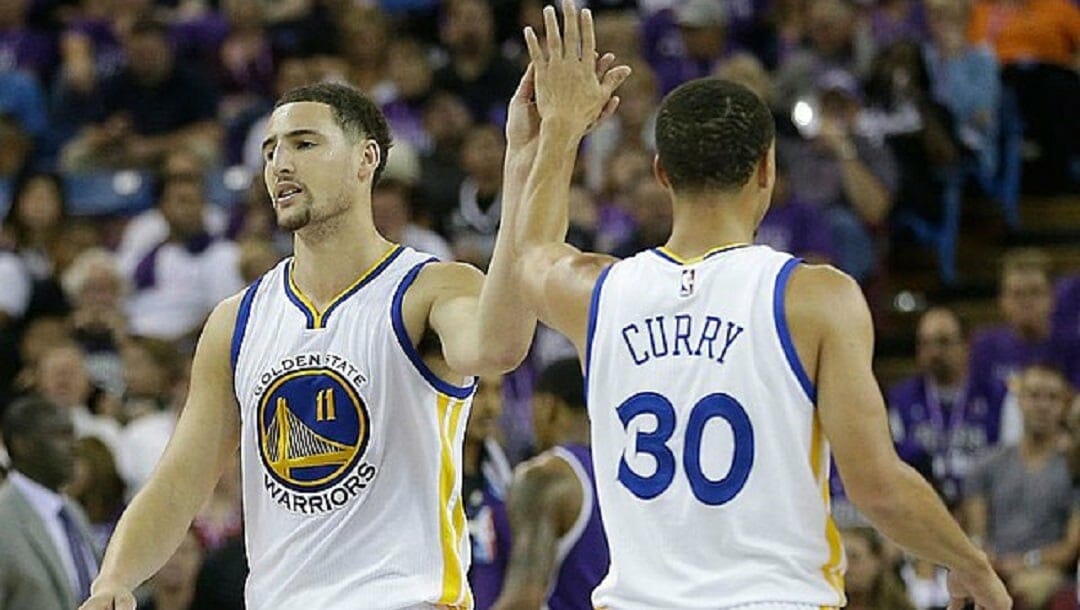 The NBA Finals will shift back to the Bay Area Monday for Game 5, with the Boston Celtics and Golden State Warriors tied 2-2.

NBA Finals odds have the Warriors as favorites to win the series and NBA betting lines have Golden State as 3.5-point favorites for Game 5.

Celtics vs. Warriors Where, When, How to Watch

The Celtics and Warriors continue to trade blows, alternating victories through the series’ first four games. In essence, this should not be a surprise, as both teams have yet to lose back-to-back games this postseason.

What does come as a shock, however, is that each contest has been decided by double digits, Golden State’s ten-point win on Friday representing the narrowest margin of victory in the series to date.

In addition to tying the series at two games apiece, the Warriors regained home-court advantage, a place where Steve Kerr’s group has been far more dangerous this postseason. Golden State is a dominant 10-1 at Chase Center in the playoffs, covering in eight of those contests. That said, Boston has proven more than capable on the road, handing the Warriors their only home loss while compiling a playoff-best 8-3 mark away from TD Garden (9-2 ATS).

If the first four contests are any indication, Game 5 will likely come down to which club wins the second-half battle, given that the team who has won the final 24 minutes has come out victorious.

To that end, Golden State continues to dominate the third quarter, outscoring the C’s 136-87 ahead of Monday’s showdown. Meanwhile, Boston’s two victories were thanks to solid performances in the final frame, including a 40-point fourth quarter in Game 1.

This matchup is undoubtedly tough to call given the series’ nature thus far, but bettors are leaning towards the Warriors handing the C’s their second straight loss and heading back to Boston up 3-2. Golden State is a different animal at home, and with what will surely be an electric atmosphere, you should be willing to roll with them against the spread and on an outright basis.