NBA Championship Odds: Who Besides Phoenix Suns Have a Chance? 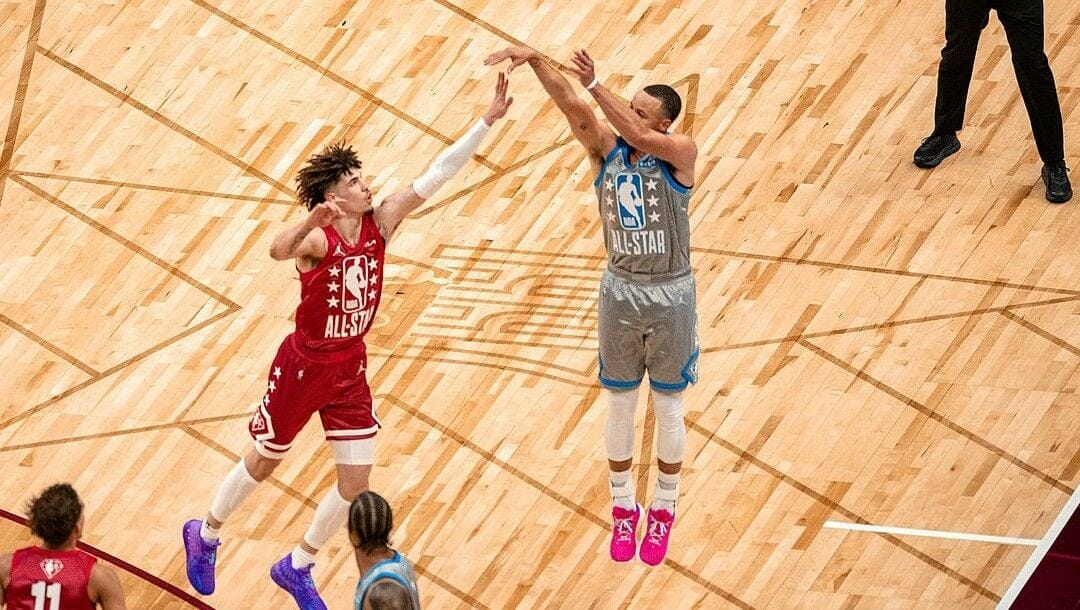 The NBA playoffs are right around the corner and there are plenty of teams who could make noise this year, which will make for a great couple of months of NBA betting.

With LeBron James and the Los Angeles Lakers not even qualifying for the play-in games, there will be a lot of focus on other stars around the league. The Miami Heat and Phoenix Suns have already clinched their respective conferences and both will be tough outs for the rest of the league.

The Suns made an appearance in the NBA Finals last season but fell to a strong Milwaukee Bucks team and it will be interesting to see if they have what it takes to get over the hump this time around.

The Suns currently boast the highest NBA odds to win the title this season at +260.

The next best odds come from the defending NBA Champion Bucks, who are coming in at +550, which is almost double the Suns’ price. A lot of that likely has to do with the Eastern Conference being much more wide open than the West, which might have few worthy competitors for this Suns team.

The second-highest price in the West goes to the Golden State Warriors, who haven’t exactly played well down the stretch and have multiple question marks heading into the postseason. The Warriors are currently valued at +1000 and although Steph Curry is expected to play in the first round, many wonder if he will be fully healthy and his dynamic self.

In terms of the West, the Memphis Grizzlies aren’t getting a lot of respect despite having the second-best record in the conference. Ja Morant’s club has only the seventh-best odds to win the title this year at +1200 and that’s probably about right, with not a lot of experience on that roster.

Is this the year Luka Doncic and the Dallas Mavericks go on a run? Maybe. While the Mavs have depth issues and it’ll take a lot to best Phoenix, they could be worth a flyer at +2500.

Overall, the Brooklyn Nets aren’t a team you should discount.

Kevin Durant has made a living overpowering his doubters and the Nets boast good value at +700. Staying in the East, it’s also hard to look away from the Heat, who have proven to have an extra gear come playoff time.

Miami sits at +1000 and may provide a sneaky look, even if they did win the regular-season conference title.

Lastly, if you’re looking for a long shot, the Denver Nuggets at +2500 and Utah Jazz at +2800 could be worth considering, especially if the Nuggets see a return of Jamal Murray.