Defense Is Name of the Game in NBA Playoffs 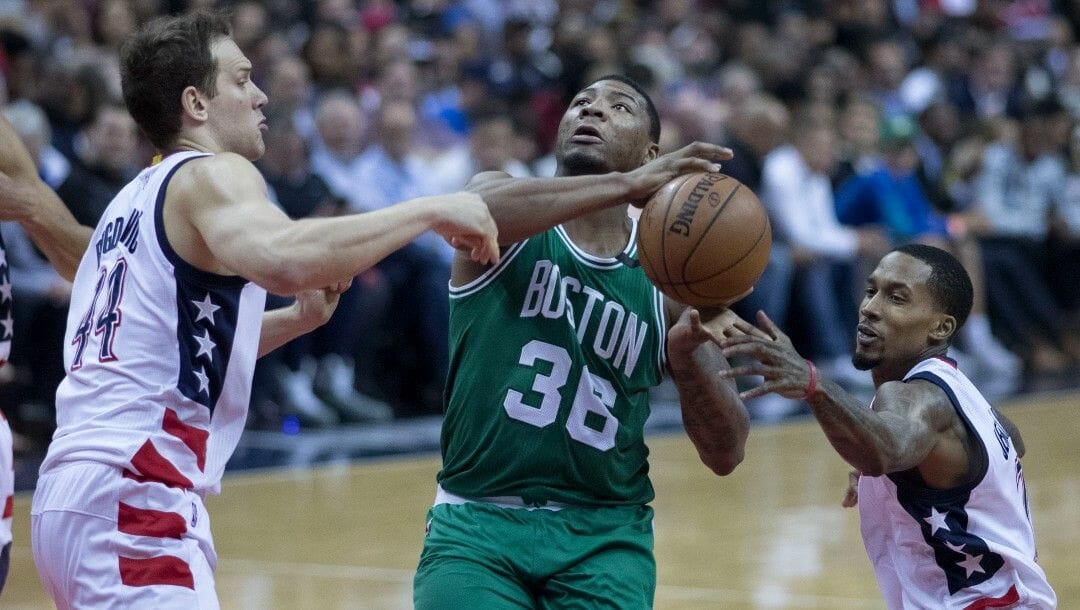 Well en route to a blistering offensive performance, Luka Dončić crossed over at the top of the perimeter, the Mavericks guard aiming for his team to score again.

The Suns, who have NBA Finals odds of +240, were tied with Dallas late in the second quarter of Tuesday’s playoff game. Dončić passed to the right wing, but Mikal Bridges jumped it.

The Phoenix forward corralled the tipped ball and outraced Dončić to the other side for a fast-break bucket. This defensive highlight was but a prelude to the Suns limiting Dallas to 34 points in the second half and a 30-point win.

Defense has been a prevailing theme in this year’s NBA playoffs.

“The defense tonight, that’s the backbone of our program,” Suns head coach Monty Williams said. “It’s one of our pillars.”

The reigning-champion Bucks play at Boston at 7 p.m. ET Wednesday in Game 5 of an Eastern Conference semifinal series. That’s the only series tied at 2-2 as of Wednesday.

The Warriors, who lead 3-1, play at Memphis at 9:30 p.m. Wednesday in a Western Conference series.

Then on Thursday, the Heat, who have a 3-2 advantage, play at Philadelphia with a chance to clinch the Eastern Conference semifinal series at 7 p.m. ET Thursday. The Suns, with a 3-2 lead, play at Dallas at 9:30 p.m.

And so far, defensive efforts have carried the leading teams to victory. Tuesday serves as a prime example. The Heat won 120-85 and the Suns pulled out a 110-80 victory.

Jimmy's domination of this series continued into Game 5 pic.twitter.com/DeqZdWwE3F

But the importance of defense this postseason goes beyond that.

During the regular season, NBA teams collectively averaged 110.6 points per game. Ten of the 16 playoff teams have held their opponent to less than that this postseason. Two teams — the Heat and the Bucks — allow opponents to double-digit points on average.

Meanwhile, only three teams have scored above that threshold.

Sometimes it can lead to exhilarating contests like the matchup between the Warriors and Grizzlies on Monday, a low-scoring affair in which every point mattered a little bit more. Or it can lead to blowouts, like the one Miami enjoyed Tuesday.

“That’s what playoff basketball is,” Heat head coach Erik Spoelstra said. “It’s embracing the competition. We’re grateful that we have an opportunity to be a part of this series like this that is so competitive. And the margin of error is so small both ways.”

The Celtics finished the regular season with the highest-rated defense in the league, and that has carried over to the playoffs. In four single-digit wins, they swept the Nets and their explosive offense featuring Kevin Durant and Kyrie Irving.

Milwaukee, meanwhile, advanced to this round after topping the Bulls in five games and have the best-rated defense this postseason. In their four wins, the Bucks limited Chicago to an average of 90.5 points.

And the clash between the Celtics and Bucks has been defensive dependent as well. Of their four matchups so far, only one team has scored more than 110 points as the Celtics did on Monday.

Al Horford & Jayson Tatum share a moment after they both dropped 30 in the @celtics win! #BleedGreen pic.twitter.com/Eb6bTSLh0g

Boston head coach Ime Udoka said his team depended on its defense to close the late deficit and to create transition offense. Of course, it’s helpful they could turn to Marcus Smart, the Defensive Player of the Year, to guard the Bucks’ best.

“He showed tonight why he was the defensive player of the year,” Celtics forward Al Horford said. “Guarding Giannis (Antetokounmpo), guarding Jrue (Holiday), just taking the challenge. He was unreal, and I don’t think a lot of people were talking about that enough. For me, that was the game changer. He was unbelievable defensively.”

The Heat’s defense has also continued at a dazzling pace in the postseason. After ending the regular season as the NBA’s fourth-best team in defensive rating, they are second in the playoffs.

In the Eastern Conference’s first round, the Heat forced the Hawks into averaging 97.4 points per contest. Miami won the series in five games.

The Heat have taken command of their next matchup by limiting the 76ers’ offense. Philadelphia scored more than 110 points just once and ended up in double-figures three times.

Even with James Harden, Tyrese Maxey and Joel Embiid on the floor together, they haven’t found the rhythm needed to take the series lead.

“Look, this series is shifting quite a bit, and you’re dealing with a really skilled offensive team, and Harden and Embiid in particular require great detail,” Spoelstra said. “They’ve earned that kind of respect from our team. And if you’re not doing it with great detail and focus and trusting each other (in) your system, you don’t have a shot with them.”

Even when the Warriors were facing MVP Nikola Jokić, they nearly swept the Nuggets anyway in the first round of the playoffs.

The Nuggets scored 107 points or less in three of that five-game series. And the Warriors closed it out with arguably their best performance on that end, keeping Denver to 98 points in the deciding tilt.

The Warriors’ games against the Grizzlies haven’t always been pretty. Ja Morant scored 47 points in Game 2, helping Memphis even the series after dropping Game 1.

#NBACourtOptix powered by Microsoft Azure showcases Draymond Green's activity on defense and ability to contest shots around the rim!

After a 142-112 blowout win at home in Game 3, Golden State pulled out a 101-98 triumph on Monday to become a victory away from advancing to the Western Conference Finals.

Warriors guard Klay Thompson, known as one of the better perimeter defenders throughout his career, admired the way his team fought.

“We stuck with it tonight,” Thompson said. “During this time of the year, some days are going to be ugly as far as offensively, but we really got gritty on the defensive end and willed it out.”

The Suns were in danger of losing their opening series to New Orleans, as they were in a 2-2 stalemate after four games. Phoenix’s defense in particular, which was rated third during the regular season, struggled as the Pelicans scored over 110 points in three of those four outings.

But then the Suns played how they had to, keeping the Pelicans from that threshold in the next two to move on.

The Mavericks series is a similar turbulent story. Dallas fell behind 0-2 but then won its next two at home.

The Suns, however, illustrated what they can accomplish by keeping Dončić and the Mavericks to 80 points on Tuesday.

Williams, the NBA’s Coach of the Year, pointed out how well his team scrapped for rebounds, contested shots and forced Dallas into late shot clock situations.

“It was the defense tonight,” Williams said. “When we get stops like that and are able to get out in transition, it gets us going.”