2022 NBA Finals Odds: Is It Worth Backing the Warriors? 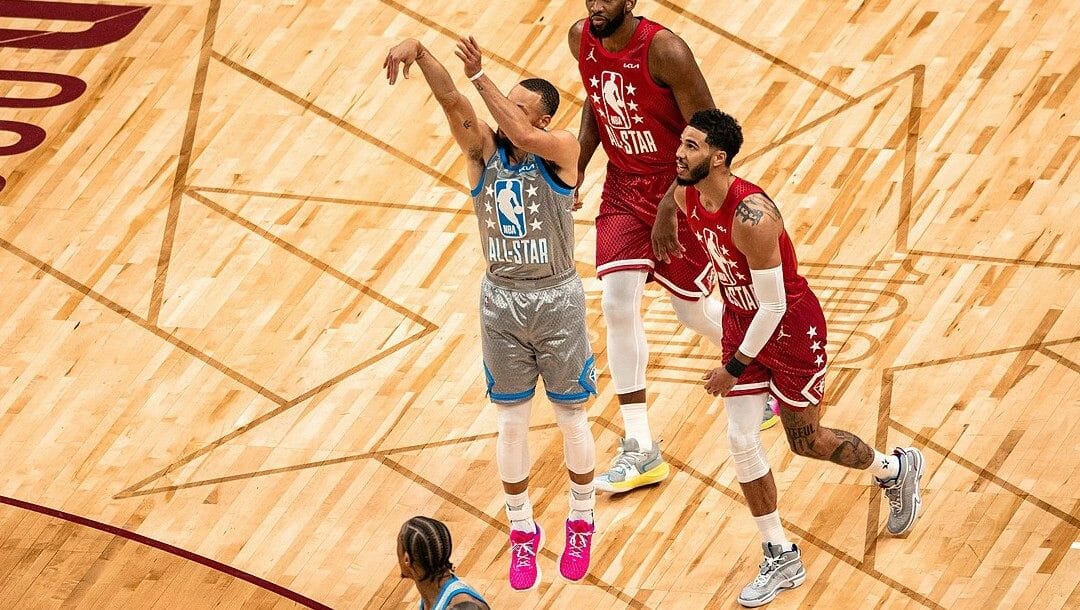 The NBA playoffs are in full swing and one of the biggest stories of the opening round is the electrifying play of the Golden State Warriors.

Despite failing to close things out in Game 4 against the Denver Nuggets, the Warriors have looked like absolute world-beaters in their three victories, reminding those in NBA betting of the club’s glory days in which they won three titles in five years.

Golden State’s impressive performance, coinciding with the hamstring injury to Phoenix Suns star guard Devin Booker, has propelled the Warriors to the best NBA odds when it comes to winning the NBA Finals.

However, is this excitement premature?

For starters, it wasn’t long ago that the 64-win Suns were considered the overwhelming favorites to capture their first title in franchise history.

Sure, Booker’s injury is an obvious blow, but it’s reportedly only of the two-to-three week variety, which puts him on track to return and help Phoenix make a run, assuming the Suns escape the pesky New Orleans Pelicans in the first round, which I still believe will happen.

And that brings me to my second point, in that bettors appear to be overacting to the Suns being tied with New Orleans heading into Game 5.

Further research would tell you that the Pelicans are far better than their 36-46 regular-season record, as the team ranks in the top 10 in both offensive and defensive efficiency since February.

Brandon Ingram is turning into a superstar and the acquisition of CJ McCollum has done wonders for a Pelicans squad that was in desperate need of more firepower offensively. With that said, should we really be surprised that Willie Green’s group has made this a series, especially in the absence of Booker?

We must also look at the Warriors’ competition.

No disrespect to Denver fans, but outside of Nikola Jokic, the Nuggets are not a very good basketball team. Denver clearly misses Jamal Murray and Michael Porter Jr., and despite all of the gaudy lines Jokic has posted in the series, his team still trails 3-1 in the series.

Now, this is not to discredit Golden State, they certainly have all the makings of an NBA champion in the postseason’s early going, but I need to see Steve Kerr’s squad continue their dominance against more elite competition before I am ready to go all-in on another Dubs title run.