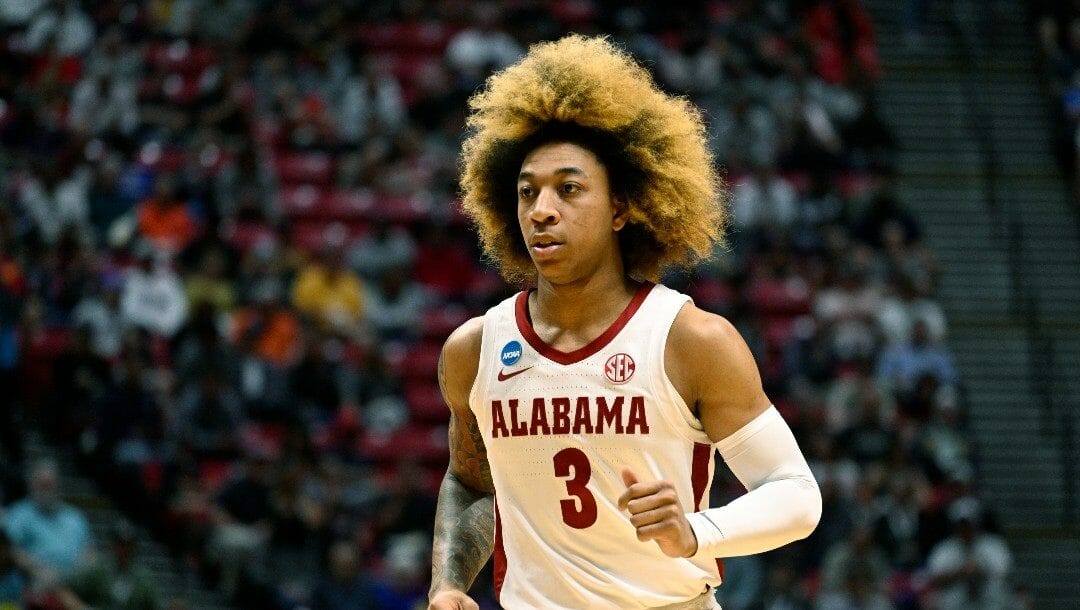 The Boston Celtics, who have +550 NBA championship odds, sent their first-round pick in the 2022 NBA Draft to the San Antonio Spurs for Derrick White at the trade deadline, which left them with one pick in the bottom half of the draft.

Boston elected to draft a young player with potential rather than trade the pick away.

Every year NBA teams hope their second-round picks can develop into at least a role player. More times than not, the second round is the point in the draft where NBA executives take a shot in the dark. Teams usually use these selections on young players with potential.

In this case, the Celtics did just that.

The Celtics selected JD Davison with their 53rd overall pick in this year’s draft. Davison is coming off of a one-and-done year at the University of Alabama. The former five-star recruit showed flashes during his time with the Crimson Tide but didn’t have the best freshman year he hoped for.

Davison and his camp elected to enter the draft following his up-and-down freshman season due to the belief that more space on an NBA floor would add to his strengths and allow him to show his playmaking ability.

The 19-year-old guard entered the Las Vegas Summer League with a chip on his shoulder and the goal to prove the other 29 NBA teams were wrong to pass him up.

Davison had his best performance in Thursday’s early tip-off against the Memphis Grizzles. He put up 28 points, 10 assists, five rebounds, and three steals.

The young playmaker is starting to compare to the Celtics’ Defensive Player of the Year, Marcus Smart.

The two guards have similar tendencies on both ends of the floor, ranging from their passing IQ to their scrappy defensive game. Davison has earned the nickname “Baby Smart.”

Not only does Davison have Smart to learn under, but his agent is also former NBA Champion and sharpshooter Mike Miller. According to the Celtics’ Summer League standout, Miller has been in the gym with him, helping work on his jump shot.

It’s not often, but second-round picks have become stars in this league and exceptional role players in a few cases. Names like Manu Ginobili, Nikola Jokic, and Draymond Green come to mind. Could Davison be another name to add to the list?

While Davison may be raw, the guard’s skills could develop nicely in the NBA.