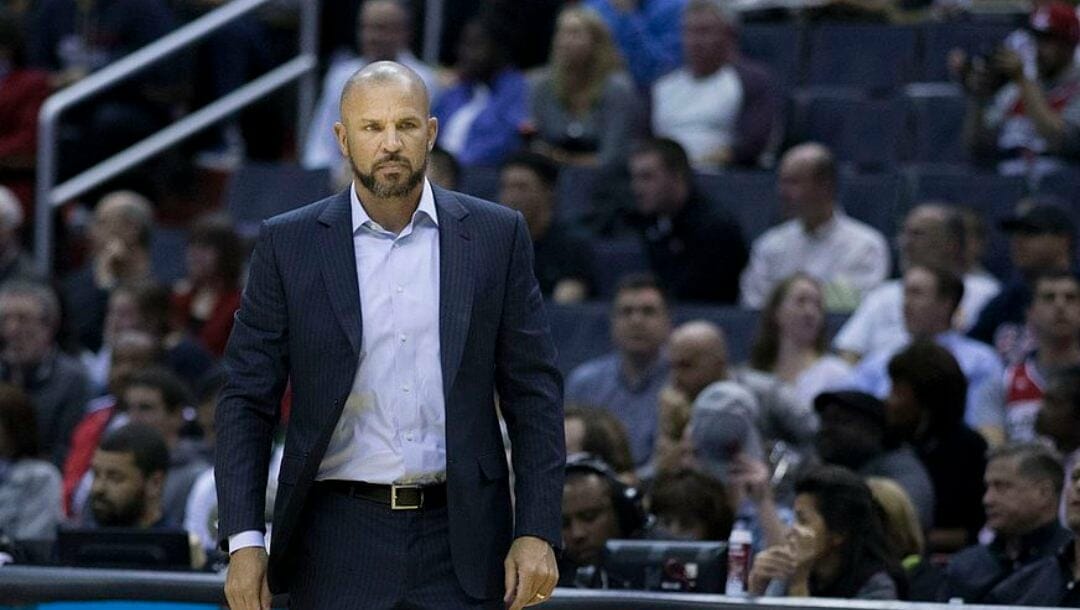 As the Dallas Mavericks and Phoenix Suns get ready to play Game 5 of their Western Conference Semifinals NBA Playoff series, despite a split series in which both teams have two wins apiece, the actual games haven’t been that close. Each game has been decided by at least seven points or more.

If your NBA betting strategy is taking the home team in a blowout, you’re enjoying life.

As the set heads back to Footprint Center in Phoenix, Arizona, the Suns appear to have the advantage. Yet while the Mavs’ recent momentum has tilted NBA betting lines, this series could still go either way. As we wait for Tuesday’s tipoff, here are a couple of the bigger storylines to notice heading into Game 5.

Can Luka Doncic and the Mavs Keep up the defensive effort?

In the first game of this series, fans witnessed Luka Doncic go off for 45 points, 12 rebounds and eight assists. Great numbers, but the result was a loss to the Suns.

Game 2 was similar, with Doncic putting up 35 points, but the Mavs lost by 20 points once the final buzzer went off. Despite his performance, it didn’t seem to matter.

Head coach Jason Kidd knew a change had to occur, and obviously, the players were well aware of their limitations thus far.

Game 3 started a different trend. Suddenly the Suns’ shots weren’t falling, and none of the team’s players topped 19 points on the day. Turning the ball over 17 times didn’t help, but it was clear that the Mavs were placing a higher emphasis on-ball pressure, with all five of their starters getting at least one steal, limiting their opponent to just 94 points, their lowest point total of the season.

After holding the Suns under 120 points for the first time in the series, the Mavs once again showed a willingness to compete on both ends of the floor in Game 4, and it led to another poor shooting performance from their opponent.

If the Mavericks want to advance to the Western Conference Finals, they need to continue making life tough on CP3, Devin Booker and Mikal Bridges. The last two games have provided hope, but as they head back to Phoenix, they won’t have the fans on their side, which could help write a different story on Tuesday night.

Where Did Chris Paul Go?

In the first two games of the series, the story was all about Chris Paul and how he’s continuing to prove he’s among the league’s best, despite being in his 17th season. Paul averaged 23.5 points per game with a field-goal percentage of 61.3, helping the Suns win both games.

But in his last two games? The 37-year-old 12-time NBA All-Star has been ineffective, to say the least.

In game 3, Paul was mostly in the background, taking just nine shots. While he hit five of them, the point guard finished with just 12 points, four assists and seven rebounds. He also turned the ball over seven times, which is unlike Paul.

Unfortunately, Game 4 was even worse. Paul barely even showed up, putting in just five points on four shots while playing 23 minutes as he fouled out of the game.

In a game the Suns lost by just 10 points, they have to get more out of their veteran leader. Paul can’t have four fouls before halftime again. He knows this better than anyone else.

Both are career firsts. pic.twitter.com/MoR7Vc7uj2

Now that the series heads back to Phoenix, expect CP3 to be back at his best running the show. Yet, the Mavs now have the confidence and a blueprint to victory. Who will emerge as the winner after Tuesday night’s battle? Tune into TNT to find out.