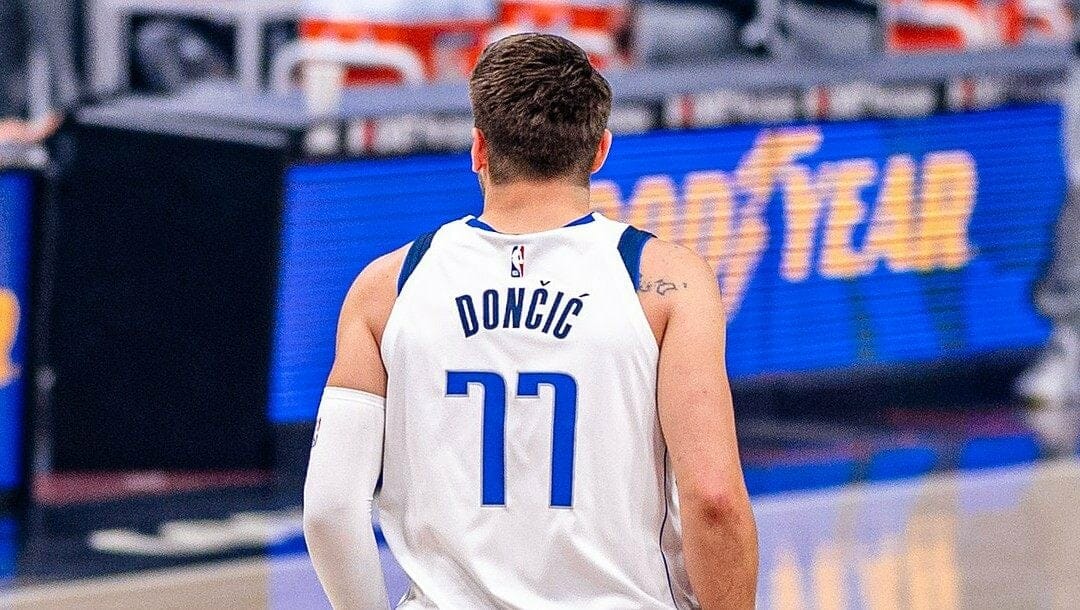 Game 1 of the NBA’s Western Conference Finals gets underway Wednesday night, as the Dallas Mavericks head to San Francisco to battle the vastly-experienced Golden State Warriors.

NBA odds have the Warriors as pretty heavy favorites for the series.

This series marks just the second time these teams have met in the postseason. The first meeting came in 2007 when the Warriors (No. 8 seed) dispatched the 67-win Mavs (No. 1 seed) in one of the biggest upsets in NBA history.

Star power is aplenty in this series, which should make for must-see TV and some solid nights of NBA betting.

How They Got Here

Back in the conference finals for the first time since 2011, Dallas finally put its first-round woes behind them, overcoming a 2-0 series deficit to dispose of the Utah Jazz in six games. The Mavs then fought back from another 2-0 hole, ultimately stunning the top-seeded Phoenix Suns 123-90 in Game 7.

The Warriors, meanwhile, return to their first conference finals in the post-Kevin Durant era. Golden State made light work of MVP Nikola Jokic and the Denver Nuggets in the opening round, winning that series in five games, before being pushed to six by a young and scrappy Memphis Grizzlies squad in Round 2.

Of course, the biggest story of this year’s postseason thus far has been the sensational play of Mavericks superstar Luka Doncic.

Doncic simply cannot be stopped right now, as evidenced by his postseason averages of 31.5 points, 10.1 rebounds, and 6.6 assists. The 23-year-old is one of just two players in NBA history to average over 30 points in their postseason career. The other? None other than Michael Jordan.

Doncic will square off against fellow point guard and two-time league MVP Stephen Curry. Returning from a foot sprain suffered in March, Curry has not shot the ball particularly well this postseason, especially from downtown, where he’s currently shooting a career playoff-low 35.9%.

Despite his struggles from distance, the 34-year-old is still averaging a team-high 26.9 points per game, a testament to his ability to find other ways to score when his three-point shot isn’t falling. That said, Curry can get hot at any time, and if he does, Golden State will be very tough to beat.

What You Need to Know

The Mavericks went 3-1 against the Warriors during the regular season, although Draymond Green was active for only one of those contests. Golden State is averaging a playoff-best 114.2 points per game, while Dallas sits 10th in that department (106.2 points per game).

The Mavs lead the playoffs in time of possession (22.4 minutes), while Golden State ranks 14th (20.2 minutes). Doncic leads all players this postseason in individual time of possession whereas no Warriors player sits in the top- 10 – a clear contrast in style.