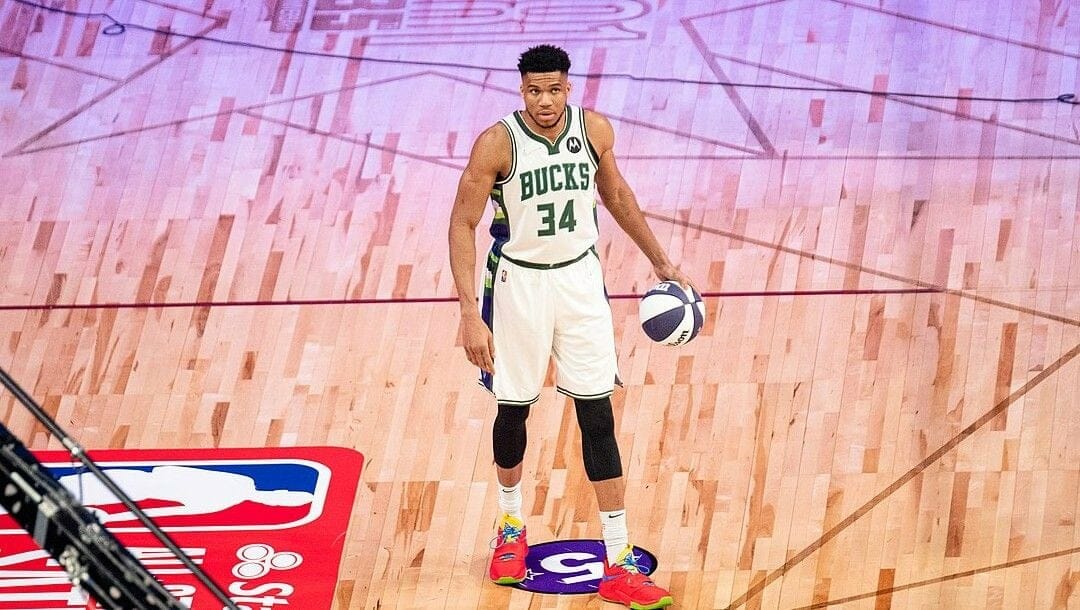 We have less than a month to go in the NBA’s regular season, so now appears to be an excellent time to check in on the league’s futures market. Here’s a look at current NBA betting odds, as of March 19:

An NBA’s best 57-14 record has the Phoenix Suns as the odds-on favorite to capture the Larry O’Brien trophy. And you won’t find any qualms from me.

The Suns have been able to navigate through absences of both Chris Paul and Devin Booker, a testament to their superb depth. Paul remains sidelined with a fractured thumb but is expected back for the start of the postseason.

Phoenix has notched two double-digit win streaks, while its 8.5 net rating is nearly a full two points more than the second-ranked Utah Jazz. I will not be shocked if we see Paul and company finally capture that elusive title when it is all said and done.

Uncertainty of the Nets

Despite sitting eighth in the Eastern Conference, bettors have faith that a healthy Brooklyn Nets squad is still the top contender in the East. Brooklyn looked like world-beaters in its 129-100 statement victory over the Philadelphia 76ers on March 10. If that is the type of performance we witness consistently, then the Nets will be very tough to beat come playoff time.

That said, the club is still awaiting the debut of Ben Simmons, while superstars Kevin Durant and Kyrie Irving have not exactly been the epitome of health in recent years. Furthermore, Brooklyn is also staring down a possible first-round matchup with the Miami Heat or Milwaukee Bucks, assuming they make it past the play-in round.

The odds are enticing, but they come with plenty of uncertainty.

Can the Bucks Repeat?

The Milwaukee Bucks are looking to become the first Eastern Conference team to repeat as NBA Champs since the Miami Heat in 2012-13.

Fortunately for Bucks fans, their team appears to be peaking at the right time. Milwaukee is 7-1 in March, vaulting to second in the Eastern Conference, just two games behind Miami. More encouraging is the fact that Mike Budenholzer’s group is 32-9 when all three of Giannis Antetokounmpo, Jrue Holiday, and Khris Middleton take the floor.

Last year was no fluke – the Bucks are for real.

Are the Heat Undervalued?

The Miami Heat could very well represent the best value at current odds of +1000. With an Eastern Conference-best 47-24 record, it’s difficult to remember the last time a top seed flew this far under the radar, but alas, here we are.

What appears to be working against Miami in the eyes of bettors is a potential first-round meeting with the Nets, as well as questions surrounding Jimmy Butler’s ability to stay healthy.

However, when at full strength, the Heat are solid on both ends of the floor thanks to an impressive core of Kyle Lowry, Tyler Herro, Butler, and Bam Adebayo. This team is far better than people give it credit for and I am inclined to jump on what, in my opinion, is a screaming value.