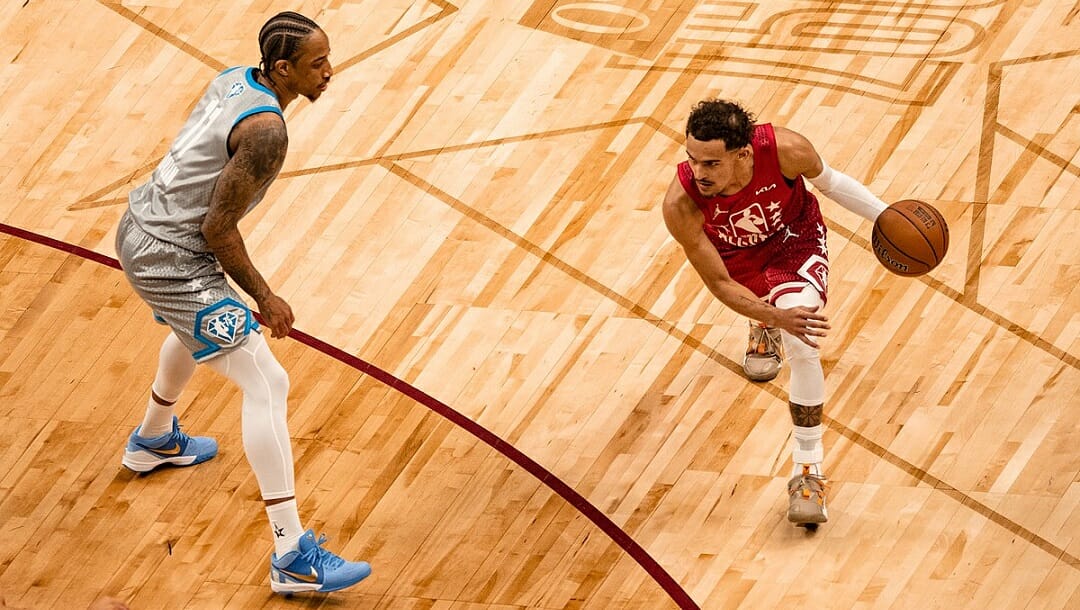 As anyone in the online sports betting space likely already knows, Friday is the final opportunity to bet on NBA matchups before the playoffs officially begin on Saturday.

Friday’s early game features the ninth-seeded Hawks heading to No. 8 Cleveland. Atlanta is a 2.5-point favorite in the NBA point spread market.

The stakes of the game are clearly high. The winner will play Miami in a best-of-seven series in the first round of the playoffs. The loser’s season will be done.

NBA betting lines are not all created equal. In the case of Friday night’s play-in game between the Hawks and Cavaliers, the fact that Atlanta is a road favorite is particularly notable.

For one thing, favorites have been extremely successful this week during the play-in tournament, with favorites going 4-0 straight up and 3-1 ATS.

In Atlanta’s case, they blew the doors off a defensively lethargic Charlotte team on Wednesday night, easily covering the 5.5-point spread in a 132-103 romp.

But the fact that Atlanta is the favorite in this particular matchup is noteworthy beyond just the general NBA trends of this week.

Atlanta, as a No. 9 seed, is an unusual favorite against a No. 8 Cleveland team. Cleveland has the better record on the year and will be playing at home with an extra day of rest – why would they be priced as an underdog?

Casual bettors might incorrectly evaluate these prices as a referendum on last season’s playoffs, where Atlanta made a surprise run to the conference finals while Cleveland finished as a lottery team.

Both are at least partially relevant, but neither theory is completely correct. While marketplace factors and public narratives can certainly shape public appetite to bet online behind a team like Atlanta, the Hawks’ favorite status is much more about who these two teams have been in 2022.

Since the All-Star Break, the Hawks are 15-9, and their 118 points per game are the seventh-best mark in the NBA. Meanwhile, the Cavs are 9-15 and scoring 110.5 points per game, partially because they haven’t been fully healthy. Regardless, both marks are bottom-10 in the league.

Marketplace considerations are the other reason that online sportsbooks have marked Atlanta as a favorite. At BetMGM, nearly 60% of bettors are backing the Hawks; per action Network, that number is closer to 70% across all major sportsbooks.

In short: the Hawks had to be priced as a favorite despite their lower-seeded status because the appetite to bet on them in this spot was so unusually high.

Cleveland is a young team that faded over a long season. It’ll likely bow out to Atlanta tonight. Lay the short number with the Hawks.

For more great analysis on this year’s NBA Playoff Odds, check out The Lion’s Edge podcast on iTunes or Spotify. Or wherever else you listen to podcasts!

From the play-in tournament through the NBA Finals, BetMGM is your ticket to bet online during the NBA playoffs. With spreads, player props, and updated NBA playoff odds, there’s something for everyone at the online sportsbook.