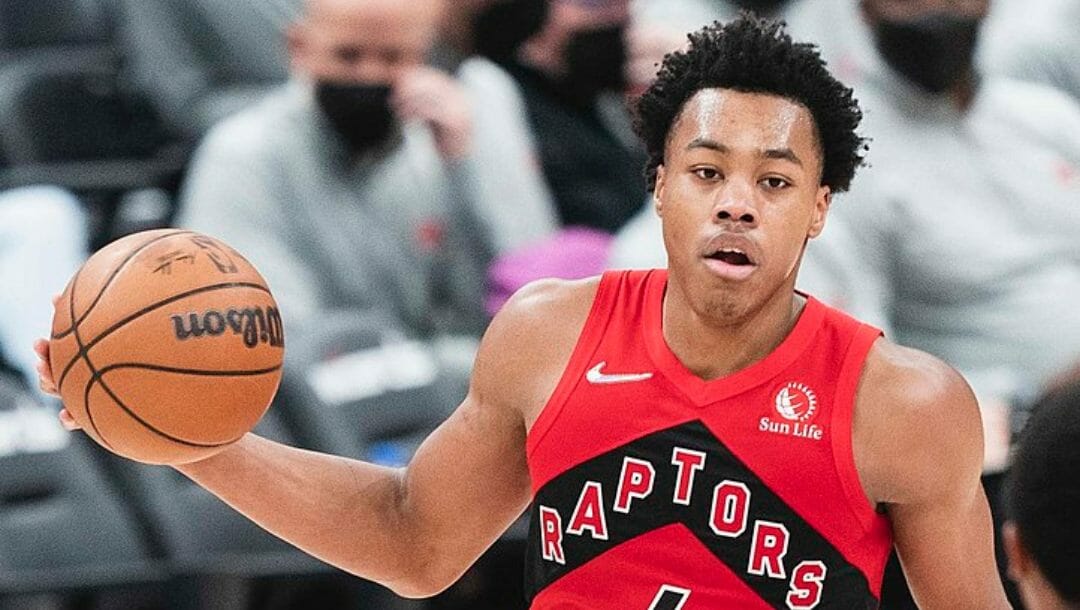 After going down 3-0 in their first-round series against the Philadelphia 76ers, the Toronto Raptors appeared down and out. And why wouldn’t they be? After all, no team in NBA history, in 143 attempts, has ever managed to crawl itself out of a 3-0 deficit and win a best-of-seven series.

But, following two straight impressive victories, one without their All-Star point guard, no less, there is now a belief, just look at the NBA odds, that the Raps can pull off the unthinkable. More importantly, Philadelphia fans may be starting to believe it, too.

Heading home for Thursday’s pivotal Game 6, which NBA betting lines have the Raptors as 1.5-point underdogs, head coach Nick Nurse appears to have found a winning formula – take advantage of his club’s size.

In Fred VanVleet’s absence Monday, Nurse rolled with a starting five of Gary Trent Jr., OG Anunoby, Scottie Barnes, Pascal Siakam, and Khem Birch — Trent being the smallest of the group at 6-foot-5.

The former NBA Coach of the Year continued to prioritize size off the bench, calling on the likes of Chris Boucher, Precious Achiuwa, and Thaddeus Young, all of whom stand 6-foot-8 or taller.

The results were immediate.

Offensively, the Raptors dominated the paint in Game 5, outscoring the Sixers 56-36. Toronto’s length and athleticism also proved beneficial defensively, holding Philadelphia to just 38% shooting from the field while forcing 15 turnovers.

Now, this is not to imply that Toronto is a better team without VanVleet on the floor – far from it. But, with the 28-year-old nursing a sore right knee and now a hip flexor, a hobbled VanVleet has become more of a liability than an asset, despite his perseverance to play through the pain.

The Raptors are also making a conscious effort to wear down MVP candidate Joel Embiid.

At one point in Game 5, the Raptors attacked the big man on five straight offensive possessions, all resulting in points. Playing through a torn ligament in his right thumb, Embiid continues to face constant double teams, appearing flustered by Toronto’s suffocating defense and the inability of his teammates to pick up the slack offensively.

One of those teammates is James Harden.

Before the series began, I wrote that Harden was the key to the Sixers’ success and Toronto’s ability to upset Philly would likely fall on stopping Harden. Well, six games in, and Harden looks nothing like the player we have grown accustomed to witnessing over the years.

Seemingly hesitant to score the basketball (never thought I would write that), the 32-year-old finished Monday’s loss with just 15 points on 11 shots to go along with five turnovers.

It was something that caught the eye of Embiid, with the All-Star saying postgame, “I’ve been saying all season since he got here, he needs to be aggressive and needs to be himself…That’s probably on coach to talk to him and tell him to take more shots. Especially if they’re going to guard me the way they’ve been guarding. But that’s not my job.”

Embiid is right; that responsibility should fall on head coach Doc Rivers, who is another reason why Raptors fans should feel confident.

Consistently criticized for his failure to make adjustments, Rivers is the only coach in NBA history to blow multiple 3-1 series leads and is now in serious danger of one-upping himself in the worst way possible.

With a superstar playing hurt and losing his patience, a supposed superstar who looks like a shell of his former self, and a head coach who has continuously fallen short when it matters most, how could the Raptors not be confident heading into Game 6?