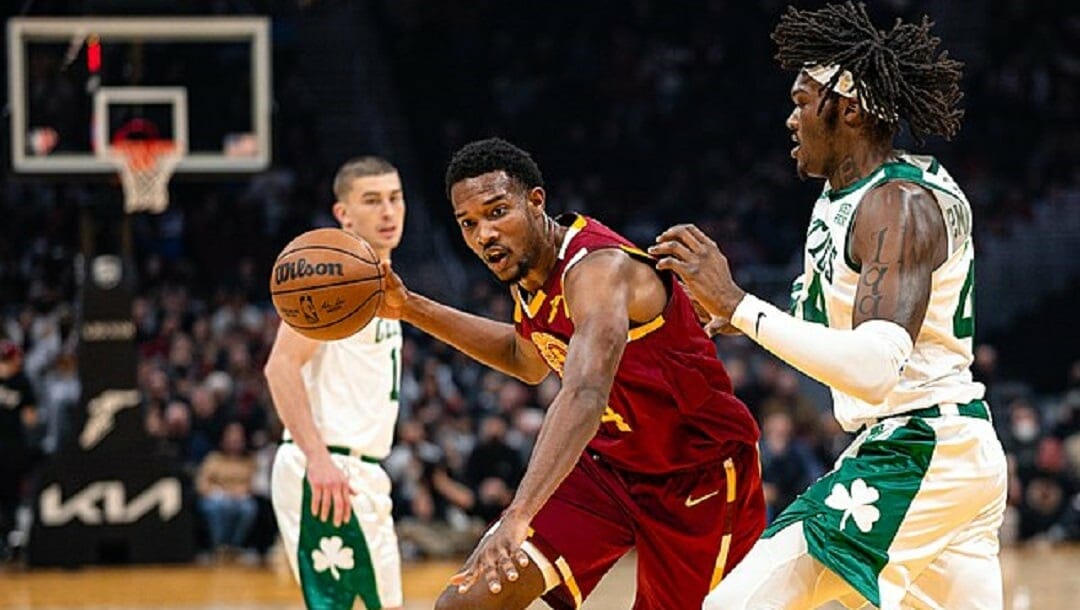 With time running out on the regular season, it’s time to stop thinking about individual NBA point spreads and start considering the NBA futures marketplace.

We’ve covered NBA Championship odds throughout the year, but there are plenty of other markets worth considering.

Is Evan Mobley Still the Favorite for NBA Rookie of the Year?

As is often the case, it depends on what you mean by considered the favorite.

In terms of the marketplace, the answer is a definitive yes. As of Tuesday, March 29, online sportsbook BetMGM reports that nearly half of all money in the ROY marketplace is on Mobley to win the award. That level of exposure means the book must protect itself with a heavy cost on Mobley’s name.

However, if you’re considering where the value in this market is, or whether or not the Mobley price accurately reflects his chances of winning, then I would argue the answer is that the answer here is no.

Mobley’s money line price at -500 means he has an implied 83 percent chance of winning the award. This seems like an awfully rosy assessment when there are two other high-profile players still in the conversation.

NBA Rookie of the Year: Making the Case for Cade Cunningham

Cunningham, the Detroit point guard and No. 1 overall pick from last year’s NBA Draft, is available to bet at 10-to-1.

Where some may see Cunningham as a longshot, others could argue value. Cunningham hasn’t transformed a bad team as Mobley has with the Cavs – Detroit’s roster just wasn’t ready for playoff contention – but he is trending up at the right moment.

While many rookies often fade down the stretch of their first long NBA season, Cunningham’s numbers are noticeably improved right now. He’s averaging 21/5/8 on 48 percent shooting across his last 10 games.

Detroit Pistons have officially started to make their case for Cade Cunningham Rookie Of The Year. pic.twitter.com/MEfLIwRaHo

Compare Cunningham’s strong finish against Mobley’s declining health status, and this race could end up much tighter after Game No. 82 than it is right now.

If you believe in the opposite trajectories of these two players, Cunningham to Win Rookie of the Year at +1000 might be too good an opportunity to pass up. Right now, he’s the sportsbook’s highest liability, with nearly half of all tickets backing his lucrative odds.

2022 NBA Rookie of the Year Odds: The Best of the Rest

All of this is to say nothing of Scottie Barnes, Toronto’s do everything rookie who looks like a four, plays like a one but typically slots in as a three. You can get him as your ROY right now for +350.

To truly understand Barnes’ effect on the Raptors, you just have to watch him play. They use him all over the court, deploying him in unique defensive and trapping situations.

Like Mobley, Barnes has been one of the central transformative elements that have returned the Raptors to playoff contention.

Like Cunningham, his play has improved throughout the season. His numbers are up to 17/7/5 across his last 10 games.

If you’re entering the market late and don’t yet have a position, Scottie Barnes is likely the best, most valuable position you could take in the NBA Rookie of the Year market. Giddey and Wagner are clear longshots, and Mobley’s cost is far too high.

Mobley is the rightful favorite, but Barnes is the best blend of talent, viability and ROI.