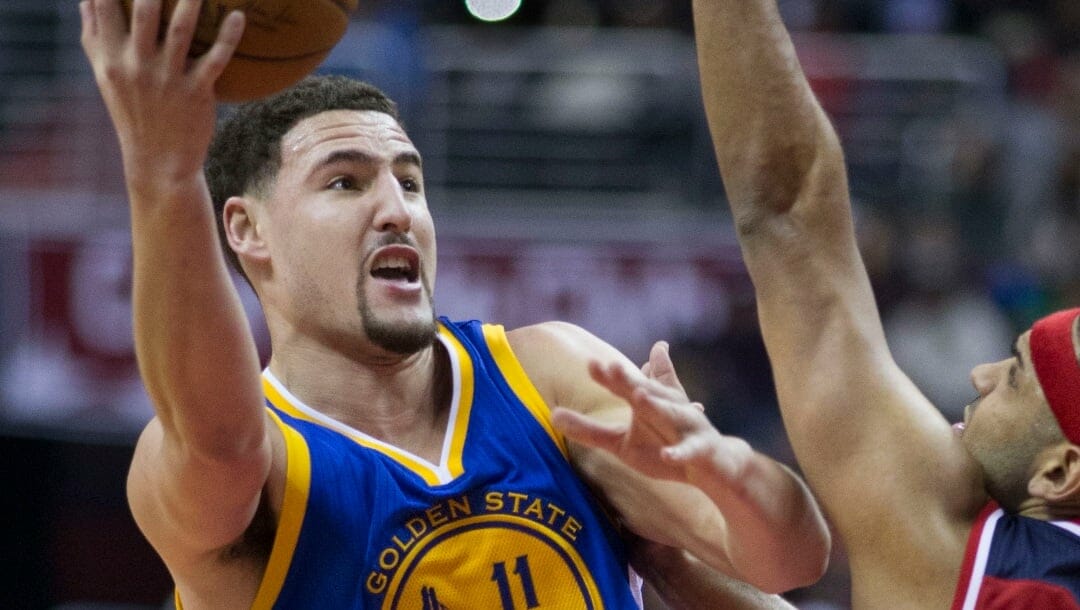 The instant Stephen Curry snagged a rebound, the race had begun.

The Warriors, who have NBA Finals odds of +110, were leading by six points late in the second quarter Wednesday and were looking to pile on. When Curry grabbed the board, the Golden State guard immediately commenced his team’s transition.

His speed and decisiveness created a 2-on-2 opportunity. As a defender moved over to account for a kick-out pass to Klay Thompson on the perimeter, all that remained was a lane for Curry to score. He dashed from one hoop to the other in merely five seconds.

With urgency, and while leveraging key advantages, the Warriors cruised seemingly as quickly to victory.

The No. 4-seeded Mavericks play in Game 2 of the Western Conference Finals at No. 3 Golden State at 9 p.m. ET on Friday. The Mavericks, who have NBA championship odds of +1000, have an NBA betting line of +6.5.

The Warriors took a 1-0 series lead after a 112-87 triumph in Game 1 on Wednesday. That was the second-lowest scoring output for the Mavericks this postseason.

The @warriors had 7 players score double figures in their Game 1 win.

The @dallasmavs look to respond in Game 2.

Luka Dončić, who’s second in player impact estimate and first in usage percentage during these playoffs after averaging 32 points per game in his last 10 outings, was held to 20 points. He was the highest-scoring Maverick on the night.

“Obviously when you get to this stage, you do have to elevate your execution if you want to win because the competition gets better,” Curry said. “Dallas is tough, so did a good job that one game. We’ve got to keep doing it over and over and over again, so however you grade the execution, you’ve got to keep leveling up.”

Dončić was instrumental in the Mavericks upsetting the Suns in the previous round. He paced Dallas in scoring in all but one of the six-game series, as he totaled 33 or more points four times.

But against Golden State, which utilized multiple schemes against him, Dončić was 6-for-18 shooting while going 3 of 10 from 3-point range. Andrew Wiggins, the former No. 1 overall pick who previously played for Minnesota, was defending him most of the night.

“Just make him work. That’s it,” Wiggins said. “Just try not to let him get comfortable. And every shot, everything he does, make it tough.”

Luka finishes the 1st half with 18 points 🔥#NBAConferenceFinals presented by Google Pixel pic.twitter.com/GDBI18b1RN

During the regular season, the Warriors were third in 3-pointers made and the Mavericks were 10th. Yet Dallas shot 19 more 3s than Golden State did.

This isn’t the first time the Warriors defended the perimeter well. They were third in the NBA in opponent 3-point percentage during the regular season. They were second in defensive rating going into the playoffs.

Warriors guard Jordan Poole expects the Mavericks to adjust for Game 2. His team needs to be ready to counter.

“They spread you out dramatically,” Golden State head coach Steve Kerr said. “It’s hard to cover all that ground, so it requires a ton of effort. For the most part, that effort was there. We really contested shots well and tried to challenge everything we could. So it was a matter of just playing with a lot of force and really bringing the effort.”

Kerr noted the Warriors depended on Draymond Green, calling him the middle linebacker of their defense.

Against a team like Dallas which spreads the floor, making correct, timely reads and rotations is pivotal. Kerr said Green, a former Defensive Player of the Year who was 12th during the regular season in defensive rating, is among the best in keeping a squad organized and communicating.

“It was an excellent defensive night,” Kerr said. “ We take pride in our defense. I think everybody sort of leans on Draymond. Draymond set the tone for us. We had a good defensive night, but we can’t let our guard down.”

A key component of winning defensively is grabbing rebounds. And the Warriors did so at an impressive clip.

They won the battle of the boards 51-35. And among a starting lineup that features Green and center Kevon Looney, Curry paced the team with 12 rebounds to go with his game-high 21 points.

“Steph has always been a really good rebounder,” Kerr said. “I thought rebounding was a big factor tonight.”

Curry pointed out when guards rebound, it can help Golden State get out in transition more rapidly. The Warriors scored 18 fast-break points to Dallas’ seven.

“For the most part, we were pretty decisive on where we wanted to attack, and once you get into the paint, you do have a couple more options. You’ve just got to be assertive and decisive,” Curry said. “When we get in there, there are opportunities to shoot, but there’s also opportunities to kick and create the good Warrior ball movement that we’re used to.”

Curry, Thompson and Green are comfortable on prominent stages. But they haven’t been to a conference finals in a few years, and Golden State’s roster has changed since then.

Thus, the Warriors pose as a mix of experience and urgency. Despite their dominance Wednesday, they’re nonetheless seeking to progress, knowing the Mavericks are doing the same.

“We know we haven’t done anything yet,” Curry said. “We have to elevate our competitiveness and focus to maintain control of the series.”

From the preseason through the NBA Finals, live sports betting is available for all NBA odds at the sportsbook.

A unique opportunity to place bets in the middle of a game, NBA live betting allows you to place a new bet, hedge against a futures bet, or increase your position on a pregame bet.