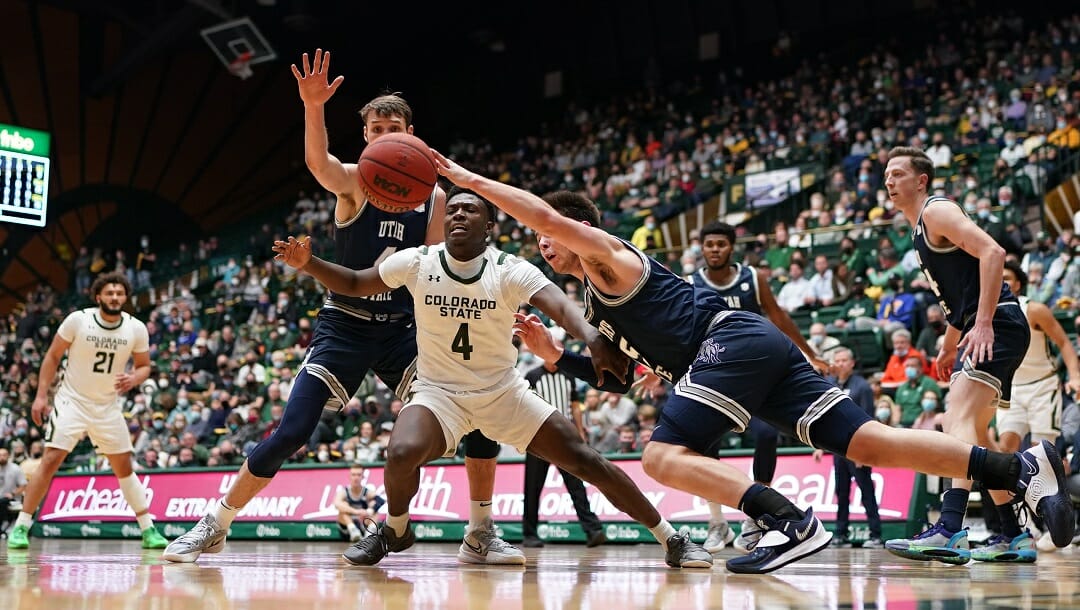 Today, though, I’m here to hawk something from the world of college basketball odds. I spent this morning pouring through the onslaught of fresh NCAA basketball lines, as I do every morning, and one particular game stood out to me.

I locked in a 1-unit bet about an hour ago, and so I’m now here to break down the accompanying NCAA odds, as I do for you all whenever I like a pick.

There is indeed a late-night college basketball betting opportunity, as a pair of second-tier Mountain West teams square off on Friday with the hopes of keeping pace with the MWC front-runners.

The stakes of tonight’s game are big. Colorado State needs a win to protect its NCAA tournament status, while Fresno is hoping to keep pace with the top half of the conference.

Colorado State’s tournament resume is particularly of note here. The Rams played a slew of high-profile opponents in the non-conference portion of the schedule, posting wins against Creighton, Saint Mary’s and Mississippi State. The degree of difficulty has boosted both their own individual profile and that of the Mountain West as a whole.

Since the start of January, however, Colorado State has mainly beaten up on sub-par conference opponents. The Rams are 7-0 in conference games against opponents currently .500 or worse; they’re 1-3 against MWC teams that are currently better than .500 in conference play.

The losses to top-level MWC teams are something that Colorado State and Fresno State have in common. The difference is that Fresno’s schedule had fewer bad teams in January and more matchups against Boise State and Wyoming.

Fresno State’s Orlando Robinson has been named to the Midseason Team for the 2022 Jersey Mike’s @NaismithTrophy National Player of the Year award.

Fresno has now played three games against the top two teams in the conference, accounting for three of its four losses.

Colorado State, by contrast, has played (and lost) to Wyoming once. Its game against Boise State was postponed.

Given the similar conference profiles, it’s little surprise that KenPom sees Colorado State and Fresno State as virtual equals, despite differing tournament profiles. Colorado State is currently slated at No. 48, while Fresno is actually ranked two spots higher, at No. 46.

NCAA Odds: How to Bet Fresno State (+6.5) at Colorado State

In my opinion, the value in this particular set of NCAA men’s basketball odds is on Fresno State and the points. In a tight game between two teams that are more similar than the marketplace appears to believe, the underdog is almost definitionally the better side.

There’s also the matter of Fresno’s tendency to play close games. Of its four conference losses, three were determined by five points or less.

There’s also marketplace value to consider. This point spread opened at Fresno State +5.5 but has since moved to Fresno +6.5 at online sportsbook BetMGM. More than 60 percent of the public favor Colorado State.

Fresno State is, in my opinion, the best college basketball today. I’m not sure about an outright win, but I do feel strongly that the Bulldogs will cover the number.