Even after a blowout loss in the national championship, it feels like Mark Few is just getting started at Gonzaga.

When Few arrived in Spokane as a graduate assistant in 1989, Gonzaga had zero NCAA Tournament appearances in program history. Even when he inherited the program from Dan Monson in 1999, four months after an Elite Eight run, the Bulldogs had two NCAA Tournament appearances in program history and remained a little-known, little-budget program in eastern Washington that feasted on the recruiting leftovers of low-level mid-majors.

Few and Gonzaga are now riding the fifth-longest tournament streak in college basketball history (22 years), a streak that won’t end anytime soon and may include several Final Fours and multiple national championships before it ends. Despite the potential losses of Jalen Suggs, Drew Timme, and Corey Kispert, the Bulldogs are the No. 1 overall seed in early Bracketology projections for the 2022 NCAA Tournament.

With Hunter Sallis and Kaden Perry committed in a 2021 recruiting class that could add Chet Holmgren in the coming days, and the likely return of Joel Ayayi, Andrew Nembhard, and Anton Watson, Gonzaga will earn a 1-seed alongside Baylor, Michigan, and Kansas.

Gonzaga and Baylor are two of 20 auto-bids from the 2021 tournament; there are 13 new conference champions in the first edition of Bracketology, including Yale after the Ivy League opted out of the 2020-21 season. Even with 13 new conference champions, and several new at-large teams, we could see unprecedented carryover after a season that didn’t count toward eligibility. 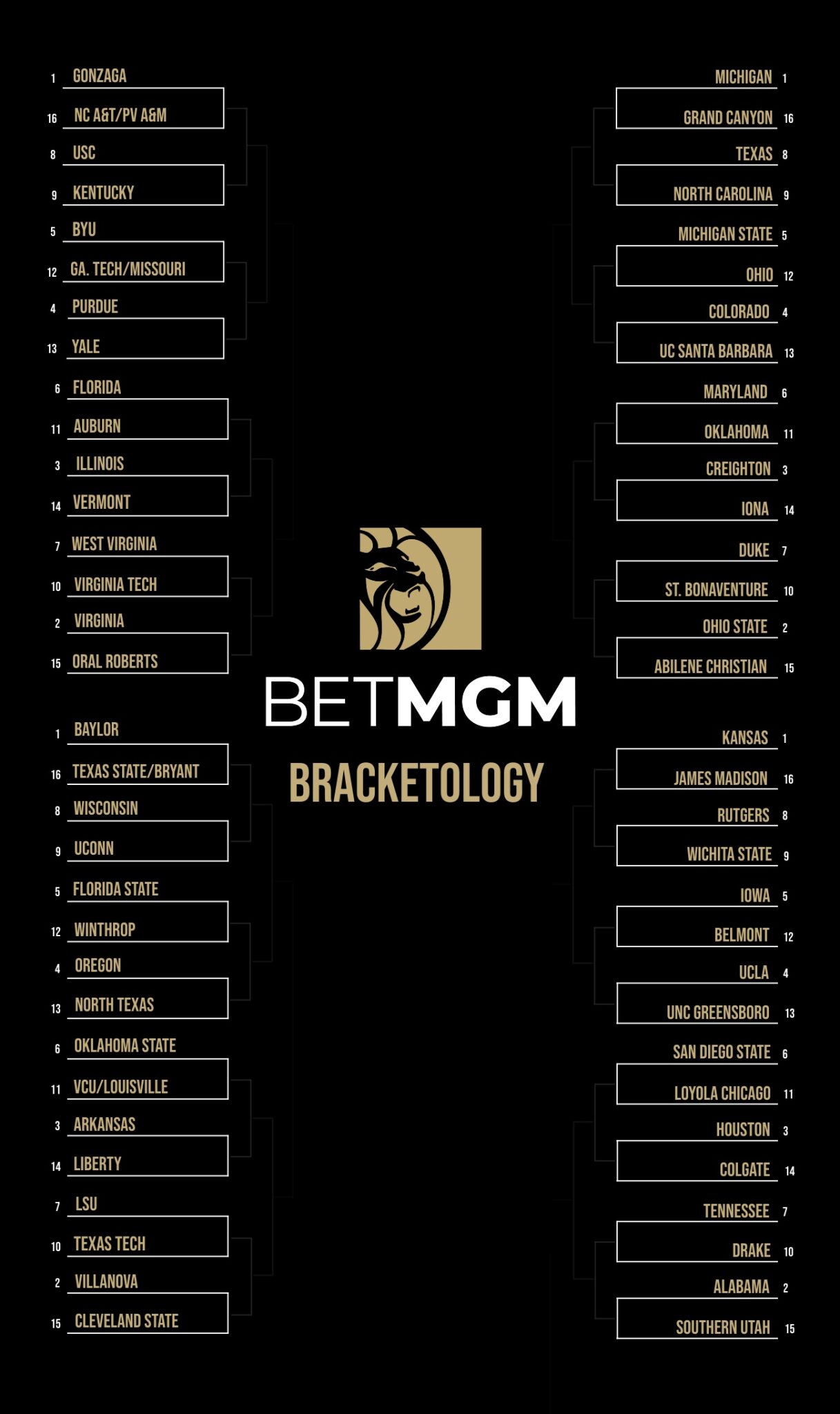 Andrew Doughty is a writer for BetMGM and host of High Motor by BetMGM, an NFL and college football podcast available on Apple Podcasts and everywhere else.

Andrew Doughty is a writer for BetMGM and host of High Motor by BetMGM, an NFL and college football podcast available on Apple Podcasts and everywhere else.

Trysta Krick: ‘Otto Porter is a Non-Factor’ for Warriors

The Weekly Showstopper: UFC 263, Nets vs. Bucks and Jazz vs. Clippers

The Highest-Paid NHL Players for 2021