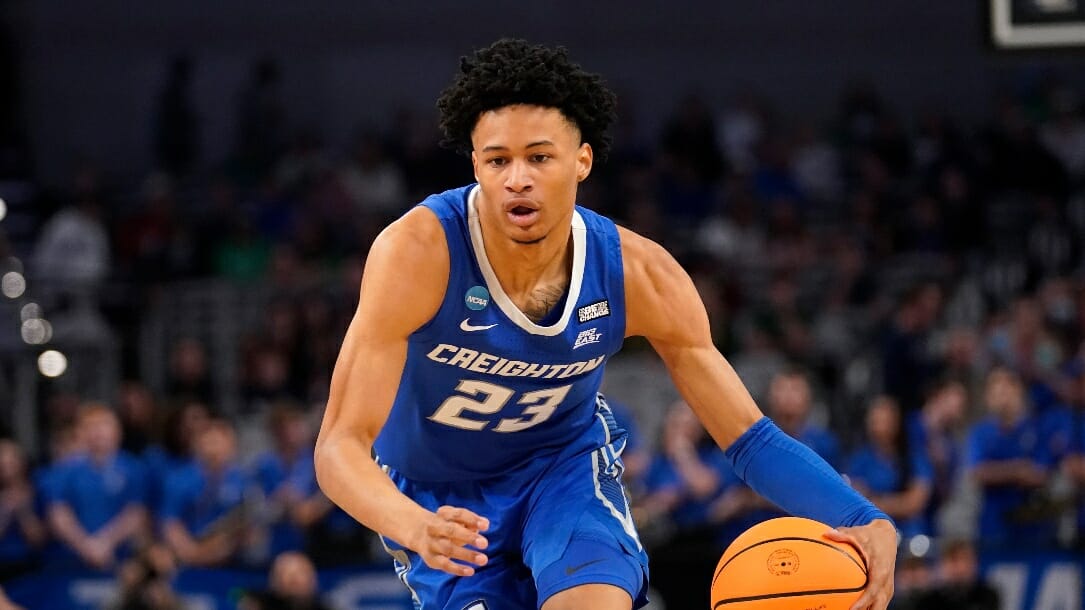 Two days after erasing a 14-point deficit in an eventual overtime win over San Diego State, Creighton will face Kansas in the second round of the NCAA Tournament.

Here’s a look at an NCAA Tournament betting opportunity for the game on Saturday afternoon:

This is a total fade of Creighton’s offensive ability. In an overtime outing with a whopping 76 possessions, the Bluejays managed to score just 72 points on Thursday. Meanwhile, in their first-round matchup with #16 Texas Southern, Kansas allowed just 56 points in 78 possessions.

This is certainly a step-up in opponent for the Jayhawks, but Creighton’s offense was the second-worst in the Big East per KenPom, so not by a significant amount.

Kansas has the size and athleticism to stifle this taller Creighton team. The Bluejays also turn the ball over at an alarming rate, over 20 percent of the time, which will turn into plenty of empty trips down the court.

Another aspect to consider is tired legs. Creighton ranks 317th in bench minutes in the country and may suffer some serious fatigue against the up-tempo Kansas offense with this being their fifth game in nine days, including overtime on Thursday night. The losses of point guard Ryan Nembhard earlier in the season and center Ryan Kalkbrenner in their first-round win over San Diego State are also important here. It has knocked two key players out of their rotation and has made the offensive end a serious challenge.

Against the strong defense of Villanova in the Big East Championship Game, the Bluejays scored just 48 points in defeat as they struggled to find any consistency on the offensive end. I see something similar taking place against top-seed Kansas and it’s worth fading Creighton’s team total at 63.5.