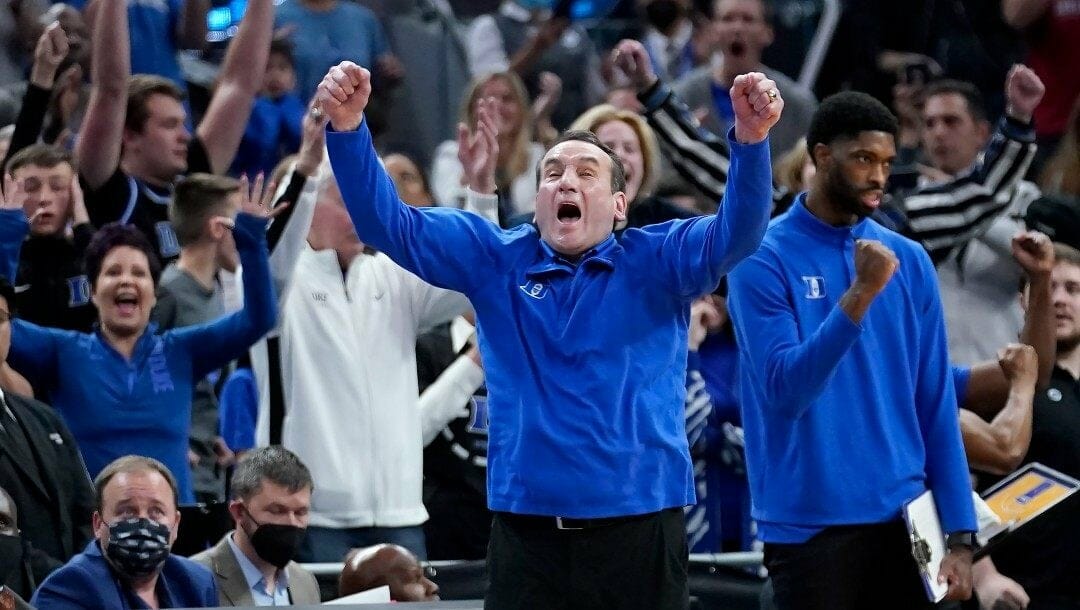 What a matchup it will be on Saturday when Arkansas takes on Duke in the Elite Eight, which will be very interesting when it comes to college basketball betting.

Arkansas pulled off one of the many shocks of the tournament with a victory over the overall No. 1 seed in Gonzaga in the Sweet 16. Duke awaits as it looks to continue to write the final chapter of Mike Krzyzewski’s final season and return to the Final Four for the first time since 2015.

Arkansas vs. Duke: When, Where & How to Watch

Both of these teams may be coming off their best performance of the season to get here.

For Arkansas, a signature win in program history (first ever defeating a No. 1 seed in the NCAA tournament) over the best team in the field was led by some hard-nosed defense that forced the Zags to shoot just 5 of 21 from beyond the arc and commit 15 turnovers compared to just nine assists.

The Zags never quite got in a groove while the Razorbacks did just enough on the offensive end to win the game.

As for Duke, plenty of people did not think this youthful squad would be able to handle the No. 1 defense in the nation in Texas Tech. After a slow start, the Blue Devils were more than up for the task and knocked down their final eight shots to close out the game and top the Red Raiders.

I’ve gotten in the way of them for the past two rounds, but I just can’t do it again.

Duke’s talent is absolutely glowing right now and they have shown they will not shy away from big moments with strong finishes to each of their last two tournament wins. Props to Arkansas, but it felt like they caught Gonzaga on a bit of an off night and I’m not sure the streaking Blue Devils will be so kind in this spot.

Although it didn’t matter much against Gonzaga, the key to this matchup will be Arkansas’ desire to find the free-throw line.

The Blue Devils only trail Notre Dame among power six programs in fouls committed per game and with that being such a key aspect of Arkansas’s offense, I can’t see how they keep up with Duke’s current firepower in this spot.