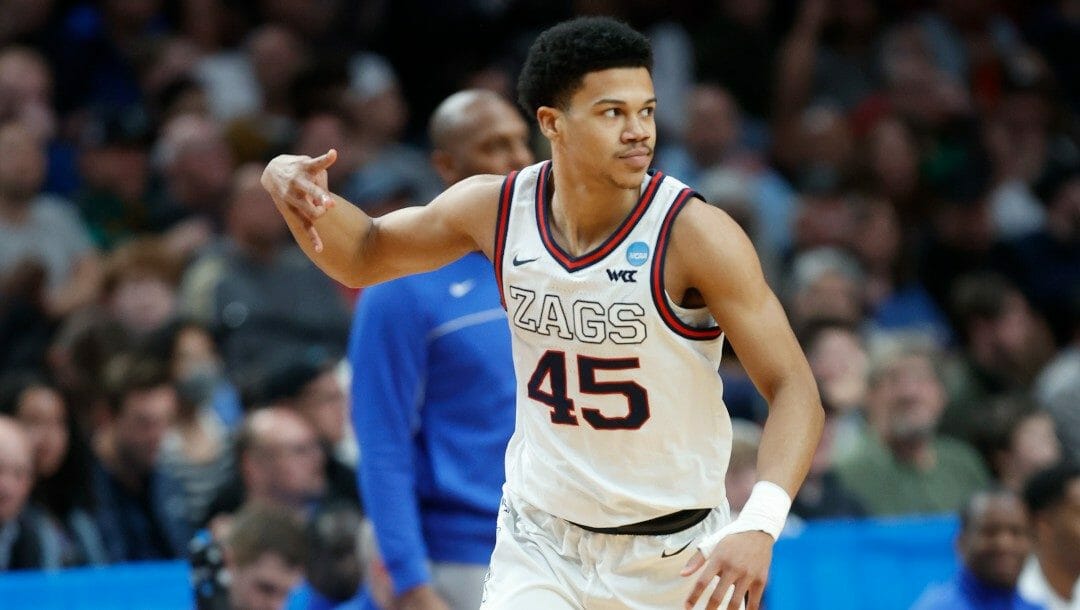 The Sweet 16 is here and what a good weekend of college basketball betting we have coming up.

And it comes with No. 1 Gonzaga’s biggest test yet.

After close matchups with both Georgia State and Memphis, the Zags now have Arkansas in their path as both teams look to make it back-to-back Elite Eight appearances.

Let’s break down the odds, where we believe the value lies, and give out some college basketball betting picks.

Arkansas vs. Gonzaga: When, Where & How to Watch

I faded Arkansas against the spread in each of their first two matchups, but I will be backing them here.  The Razorbacks didn’t look stellar in either of the first two rounds against Vermont or New Mexico State, but they can play to the level of Gonzaga long enough to cover this number.

Although he has struggled over recent weeks, JD Notae is a high-level guard that can catch fire at any time, while forward Jaylen Williams has been a consistent piece for the Hogs, reaching double-figures in points in 18 of his previous 21 games.

The key will be their ability to convert from beyond the arc. Arkansas shoots just 30.5% from three this season which ranks 314th in the nation. If they can just have a decent shooting night compared to that number, this one may not get out of hand too early.

The worry comes from the inevitable dominant stretch or two we see from the Zags in nearly every game they play in. The great work done at EvanMiya.com shows that the Bulldogs lead the entire field of 68 with 1.23 “kill shots” per game, scoring runs of 10-0 or better.

In the Round of 32, Memphis had already built up a lead that Gonzaga quickly diminished with a kill shot but the margin they built up helped the Tigers cover the number. Arkansas is capable of hanging around in this one and if they can survive these kill shots, this number feels just a point or two too large for me.