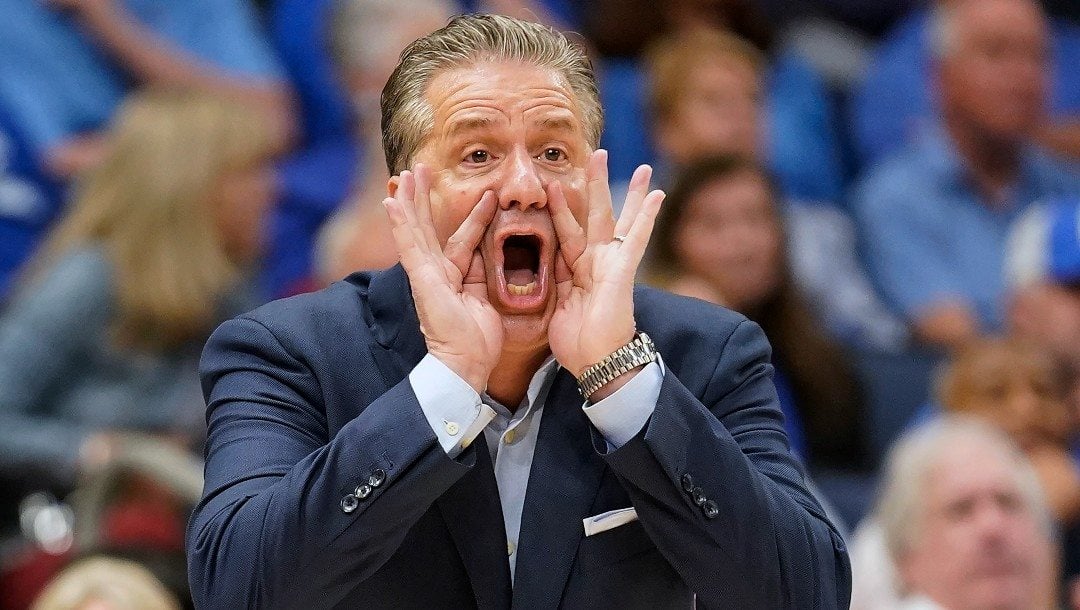 Now that the NCAA tournament bracket has been released, it’s time to break down the matchups and find the best NCAA betting lines for your bets.

There are a number of intriguing matchups, as well as some good values on NCAA basketball championship odds.

Below is the East region, which includes a prediction to reach the Final Four in New Orleans, as well as a dark horse to keep an eye on.

Despite their one-and-done showing in the Big 12 Tournament, Baylor still snuck in as the fourth No. 1 seed and are atop the East region.

They have been dealt a tough hand due to injuries this season and the availability of second-leading scorer LJ Cryer will be crucial to their hopes of making it to the Final Four.

Until then, it feels like there are a few too many landmines in this region for the Bears to be worth picking to be the East’s winner.

It’s hard to imagine that the team with the least losses in Division I can be considered a dark horse, but Murray State feels slightly under-seeded here.

Just two losses for the Racers, one coming to Auburn, as well as their win over Memphis shows this team is for real and the talent is certainly there to make a run.

The backcourt of Tevin Brown and Justice Hill complement each other perfectly, each bringing their own size and ability to the table that has given every opponent fits throughout the season.

Frontcourt presence KJ Williams is the offensive focal point and can be successful in the post, on the drive, or from the perimeter. This trio is a serious matchup problem and is capable of keeping them in games with nearly any team in the country.

The downside of Murray State’s dark-horse candidacy is its path out of the region. A second-round matchup with Kentucky presents a mammoth challenge and would be a shocking upset, but don’t count the Racers out.

The Hokies are one of the hottest teams in the nation after their remarkable run to an ACC tournament title and I see this as about as favorable of a draw as you can ask for.

They take on a Texas team who has lost three straight and really hasn’t found any rhythm this season. The Longhorns are certainly on upset alert here, and a potential date with Purdue in the second round could be closer than most think.

I don’t see the Hokies being able to get past No. 2 Kentucky in the Sweet 16, but they could certainly cause some destruction in their own pod. They have won 13 of their last 15 games and Saturday’s win over Duke in the ACC championship showed that not only is their offense lethal, but their defense has vastly improved.

They can play with anyone.

You could make the case that Kentucky is just flat-out the best team in this region.

The odds certainly say so, as Kentucky is +850 to win the national championship, while Baylor sits at +1200. The Wildcats are finally healthy in their backcourt and have a Player of the Year candidate in Oscar Tshiebwe, a wrecking ball in the paint that no team has found a way to stop this season.

I don’t see anyone that poses a serious threat to Kentucky in the bottom half of this region and a hypothetical matchup with No. 1 Baylor in the Elite Eight would favor the Wildcats on the spread.