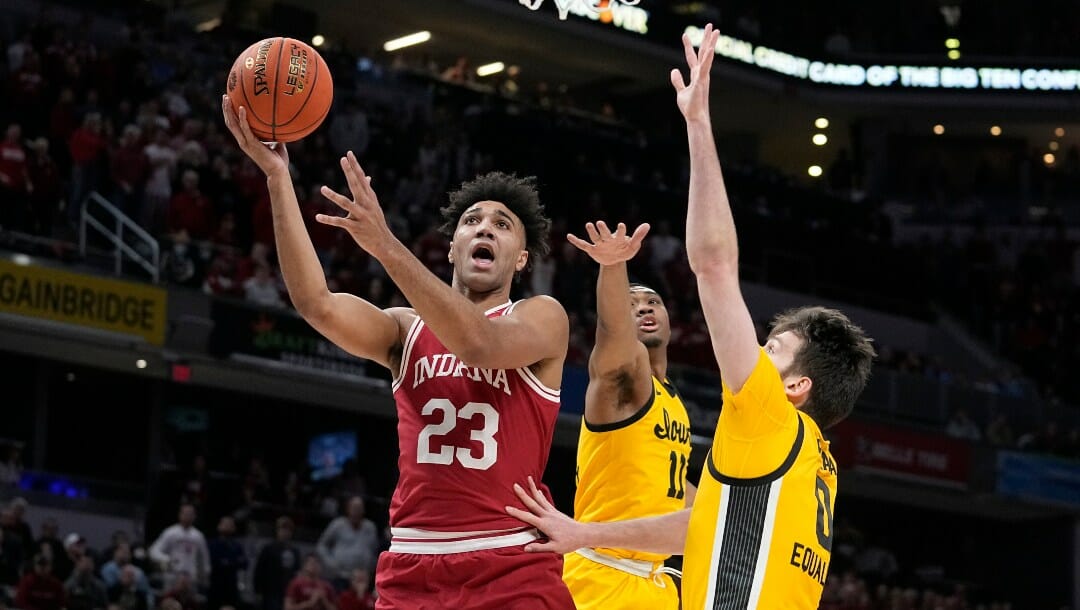 We finally have a bracket, and NCAA basketball lines are out as well.

Tuesday’s doubleheader features #16 Texas A&M-Corpus Christi facing #16 Texas Southern followed by an intriguing matchup between #12 Indiana and #12 Wyoming. Let’s check out the details and latest NCAA odds for each showdown.

This could be a sloppy opener to the NCAA Tournament, as both of these teams have offenses that rank in the bottom 100 in the nation, and neither team is shooting higher than 44% from the floor. The defensive end is where both schools find their footing.

Texas Southern allows a 44.9 effective field goal percentage that ranks 13th in the country while Texas A&M-Corpus Christi can turn teams over at will with a 22.7% turnover rate, the 18th-highest in America.

Both of those strengths will play into their opponent’s weaknesses. The Tigers are one of the most turnover-prone teams in the nation and rank in the bottom 30 of turnover percentage, while the Islanders ranked dead-last in the Southland in effective field goal percentage.

You’re going to see plenty of empty trips down the court in this one between missed shots and turnovers which should play well towards the under on the 136.5 total set by BetMGM online sportsbook (opened at 134.5) that feels a bit high for me.

Quite surprising to see Indiana find their way to the First Four despite notching two Quad 1 wins in the Big Ten Tournament. They seemed firmly on the bubble heading into conference tourney play, so wins over NCAA tournament teams Michigan and Illinois didn’t appear to mean much to the committee.

Anyways, the Hoosiers look like they are playing their best ball of the season. Trayce Jackson-Davis has been an animal since the second half of their win over Michigan and I expect to see plenty of him on Tuesday night. The X-factor (no pun intended) will be Xavier Johnson. Indiana goes as he does and after an erratic stretch midseason, he has found much better consistency both in scoring and playmaking over the last month.

Wyoming is seriously reeling heading into the NCAA Tournament. The Pokes have lost five of their last nine and their overreliance on the duo of lead guard Hunter Maldonado and big Graham Ike is becoming an area of concern. After 15 outings with 20 or more points in their first 27 games of the season, Ike hasn’t reached that benchmark in five straight and you have to wonder if teams have figured out ways to stop him through doubling in the post t0 force the ball out of his hands.

Wyoming’s unorthodox, guard post-up offense may work in the Mountain West, but I fear for its effectiveness against an Indiana defense that has been tenacious over the last few weeks. I’m confident in laying the 3.5 on a spread that has held steady despite over 80% of the bets and handle coming in on the Hoosiers.