Miami Hurricanes: Everything You Need To Know About the March Madness Cinderella 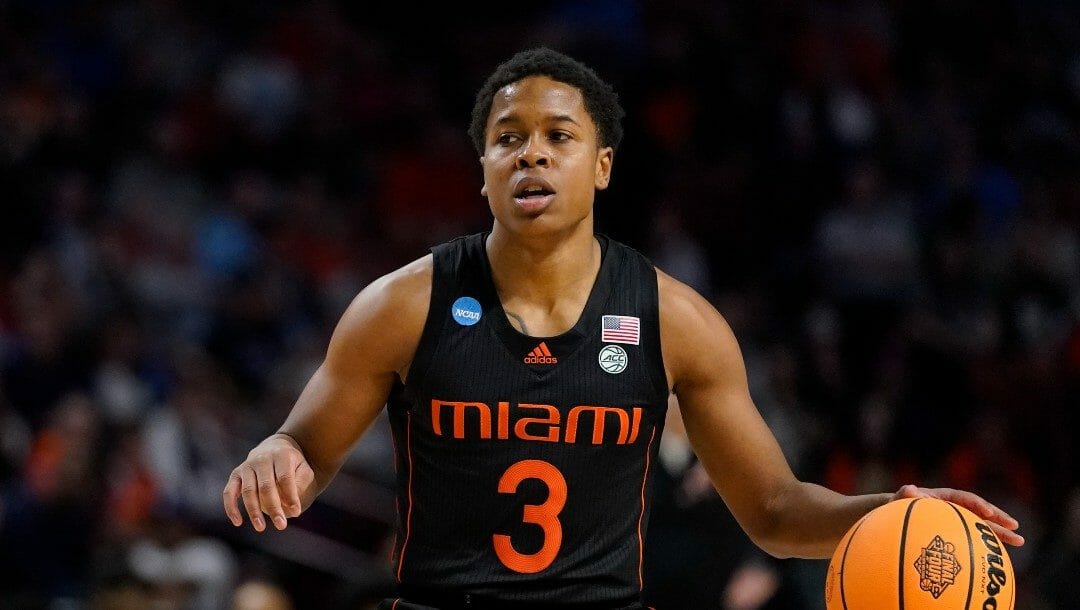 Miami is one of the bigger surprises in this year’s Sweet 16 — shocking the college basketball betting world — and they took down a giant on their way with a big win over Auburn last weekend.

Going into the tournament with low college basketball betting odds, the program is now seeking its first-ever Elite Eight appearance as Iowa State awaits on Friday.

Looking at the college basketball betting lines, it shows Miami is currently a 2.5-point favorite.

Let’s take a look at the team’s profile and how they have gotten here thus far.

Who Are The Miami Hurricanes?

X-Factor: Sam Waardenburg. A senior center who had key blocks and buckets in their upset over Auburn is one of the team’s only true paint presences

How Did Miami Make the NCAA Tournament?

Miami was able to put together an NCAA tournament resume despite being in the ACC that is having a down year.

The Hurricanes went 14-6 in conference play with victories over both Duke and North Carolina, certainly good enough to help them enter the field. They did so mainly through solid guard play and offense by way of taking care of the ball complemented by solid shooting.

How Did Miami Advance to the Sweet 16?

I had Miami pegged for an opening-round loss to USC due to their lack in size, but the guard play has been so dominant that the frontcourt simply didn’t matter.

After seeing how well their backcourt played against the Trojans, it was clear how the ‘Canes would be able to stop Auburn. The Tigers have some serious weaknesses in their backcourt with their talent loaded up in the frontcourt and it showed in a big way.

Miami’s troika of Kameron McGusty, Charlie Moore, and Isaiah Wong combined for 56 points and are more than capable of putting up similar performances the rest of the way.

The Hurricanes have a favorable matchup with Iowa State.

The Cyclones put on a defensive masterclass against Wisconsin to reach the Sweet 16 but the backcourt play from Miami feels too overwhelming for them to stop here. They have a top-20 offense nationally and don’t rely too much on one specific player which bodes well to crack this Iowa State defense that doesn’t protect the basket very well inside the arc.

Miami should be able to get things done here and move on to the Elite Eight.

If there is one thing you need to win a national championship, it’s trustworthy guard play.

Miami does have the backcourt pedigree here, but having to potentially defeat three No. 1 seeds en route to a title as a No. 10 seed is a longshot, given this price.