Michigan Wolverines: Everything You Need To Know About the March Madness Cinderella 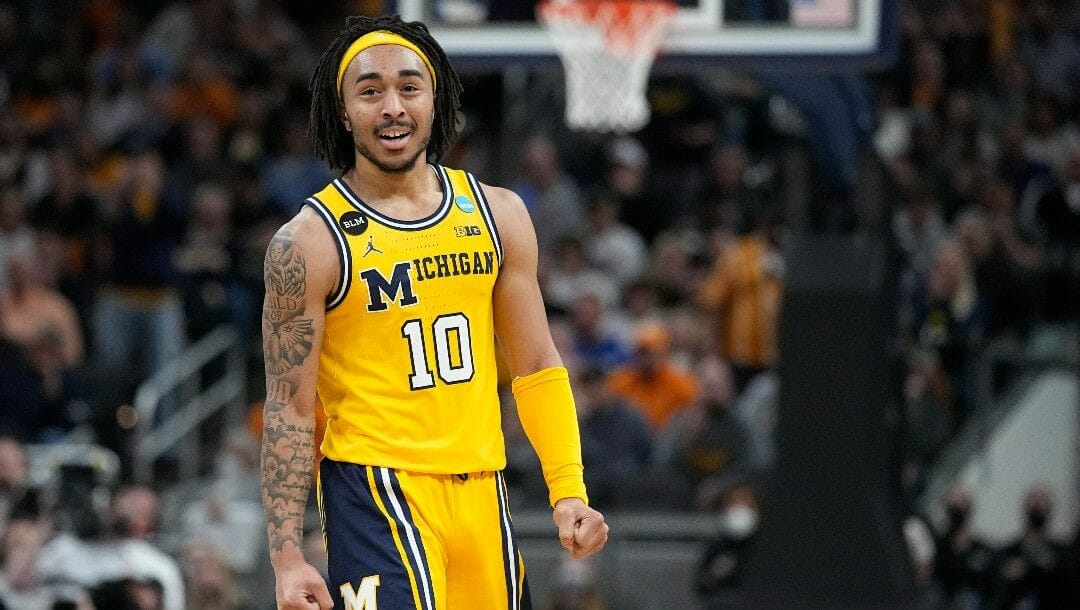 With a record of only three games over .500 coming out of conference tournament play, many believed the Michigan Wolverines were not NCAA tourney worthy but the Maize and Blue have backed up the selection committee’s faith with a pair of impressive performances.

Taking a look at NCAA basketball betting lines, Michigan is currently +4.5 against Villanova.

Who Are the Michigan Wolverines?

Head coach: Juwan Howard, 61-31 in his third season with Michigan

X-Factor: DeVante’ Jones. A point guard, the senior recently returned to the lineup from injury and provides the team with a floor leader.

How Did Michigan Make the NCAA Tournament?

Michigan felt firmly on the bubble heading into the Big Ten tournament and things started to look scary for their NCAA hopes following an opening-round loss to Indiana.

While they still had favorable metrics on their side, the loss left them with a 17-14 record that didn’t look pretty to the naked eye. Despite the defeat, the Wolverines found themselves in the field as a No. 11 seed with an opening-round matchup against No. 6 Colorado State.

How Did Michigan Advance to the Sweet 16?

They were able to handle the Rams in the first round behind a monster performance from Dickinson. The big man went for 21 points on 8-for-10 shooting from the floor with six rebounds, an assist, a steal, and four blocks.

Colorado State started off the game with a 28-13 lead but a dominant second half saw the Wolverines outscore the Rams 46-27 on their way to the second round.

Tennessee awaited in the Round of 32 as one of the hottest teams in the nation and Dickinson had yet another big-time outing.

The sophomore went for 27 points on 8-for-13 shooting from the floor and 11 rebounds. The game was tied at 62 with roughly four minutes to play, but the Wolverines snatched the lead and never looked back. They enter the Sweet 16 as one of four double-digit seeds remaining.

It’s the first time the Wolverines have won two games in a row since February 10. Can they make it three?

With the size and talent that the Wolverines possess this is a super closer one.

The advantage here for Michigan is who on Villanova will be able to guard Dickenson, who is 7-foot-1?

Head coach Jay Wright keeps nobody taller than 6-foot-8 in his rotation which makes for matchup problems the Wolverines can take advantage of.

This spread and price feel right to me, but I refuse to bet against Villanova, especially the way they’ve played defense in this tournament as they stifled No. 7 Ohio State for most of the game on Sunday.

Despite being a No. 11 seed, Michigan’s odds are better than Miami, Iowa State, and Saint Peters. It certainly will be difficult to reach the Final Four, but based on these odds it’s not out of the question.