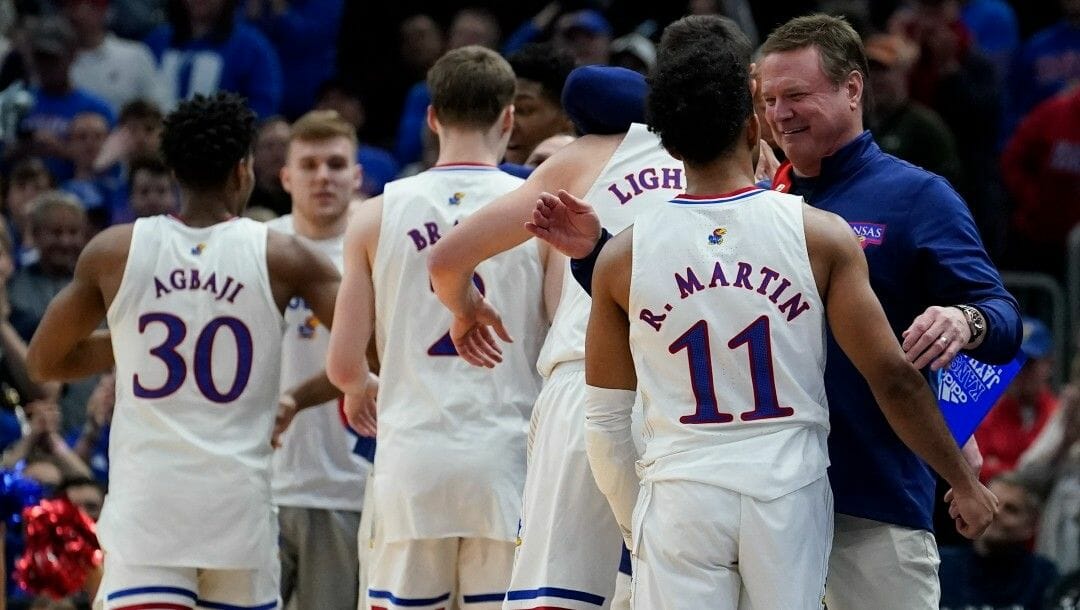 It should be a terrific weekend of college basketball betting in New Orleans with four blue-bloods — Duke, North Carolina, Kansas, and Villanova — battling it out to make history.

Duke will take on North Carolina in one national semifinal where college basketball betting lines have the Blue Devils as a 4.5-point favorite. Kansas is also a 4.5 point favorite over Villanova in the other matchup.

To prepare you for the action, and give you a breather from digging into the NCAA basketball betting lines, we dissect each matchup and which two teams hold the most value when it comes to a bet on the national championship exact outcome.

We start by taking a look at Duke and North Carolina battling it out for the first time in history in the NCAA Tournament.

The Blue Devils currently sit as 4.5-point favorites and that number feels about right. Duke’s offensive numbers are too much to overcome for the Tar Heels. The Blue Devils rank eighth in effective field goal percentage, 24th in offensive turnover percentage, and have the No. 1 offense in adjusted efficiency in the nation according to KenPom.

Although it will be a close one, Duke will be able to do enough with their talent and shotmaking to overwhelm North Carolina’s defense as they take the rubber match.

On the other side, Kansas and Villanova will play for a spot in the national championship with the Jayhawks also favored by 4.5 points.

The Wildcats will be without their second-leading scorer in Justin Moore and with how much firepower Kansas holds on the offensive end, it again feels like too much for the underdog to overcome.

Bryan Antoine will be called upon to step up for Villanova and since head coach Jay Wright runs such a tight rotation, the junior has seen just 9.5 minutes per game in 19 contests on the season.

Kansas would have been favored regardless, but the loss of Moore feels like the nail in the coffin.

Our matchup predictions leave us with Duke and Kansas battling it out in the national title game.

This could make for an incredibly entertaining final with NBA-level talent at nearly every position. The Jayhawks showed how high their ceiling is when they are firing on all cylinders with one of the most dominant halves of basketball we have ever seen beyond the first weekend in the NCAA tournament.

A 47-15 second-half margin over Miami was a spectacle to behold and if they can produce a run half as good as that one in the title game, it could be the difference.

Kansas is blowing out Miami 😳

They've outscored the Hurricanes 41-14 so far this half pic.twitter.com/CQkprZnSVT

With a wide gap in experience between these two teams, the Jayhawks have the age and savvy you desire when choosing a national champion.