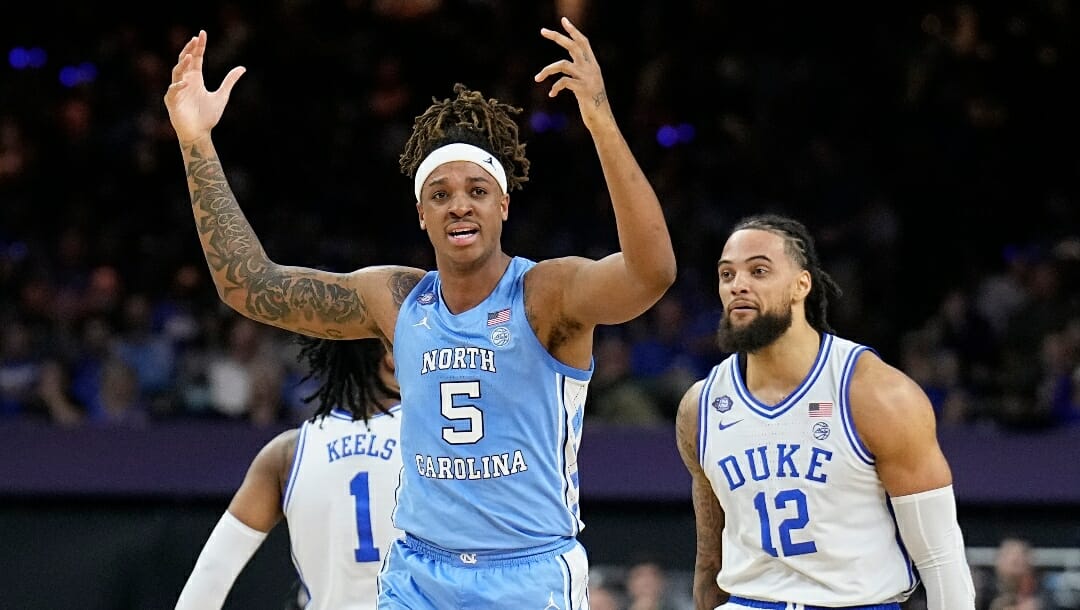 From the First Four through the Final Four, plenty of NBA talent has came and went throughout the 2022 NCAA Tournament.

Which college basketball players improved their draft stock the most during the tourney?

Paolo Banchero has been a consensus top-five pick for basically the entire season and he has shown his pro-level arsenal of moves throughout March Madness.

The 6-foot-10 freshman has size, shotmaking ability, and quickness that will translate seamlessly to the NBA. He was named the West Region’s Most Outstanding Player and shot 50 percent from the field, including a scorching 52.6 percent from beyond the arc.

While Banchero’s Blue Devils weren’t able to finish the season with a national championship, he may be the first name called at the NBA Draft in June after impressive performances.

Although he only played in three games in the NCAA Tournament, Bennedict Mathurin introduced himself to the national stage in the team’s overtime win over TCU; he scored 11 of Arizona’s final 15 points including a game-tying three in the waning seconds of regulation.

His 30 points, eight rebounds, and four assists in that game were a display that he can do it all on the court. A 6-foot-9 frame gives him serious upside at the next level.

North Carolina big man Armando Bacot wasn’t on too many draft boards heading into the NCAA Tournament, but he has certainly put himself on the radar over the last three weeks.

The Tar Heels’ big man won the East Region’s Most Outstanding Player award and has dominated the paint in each of North Carolina’s games. With a whopping 21 boards against Duke’s slew of first-rounders in the Final Four, Bacot become the first player since Tim Duncan with 20-plus rebounds in consecutive NCAA Tournament games.

He has averaged 15.4 points and 16.8 rebounds per contest. What will keep him lower on draft boards and gives his March Madness rise a ceiling is his lack of a jump shot.