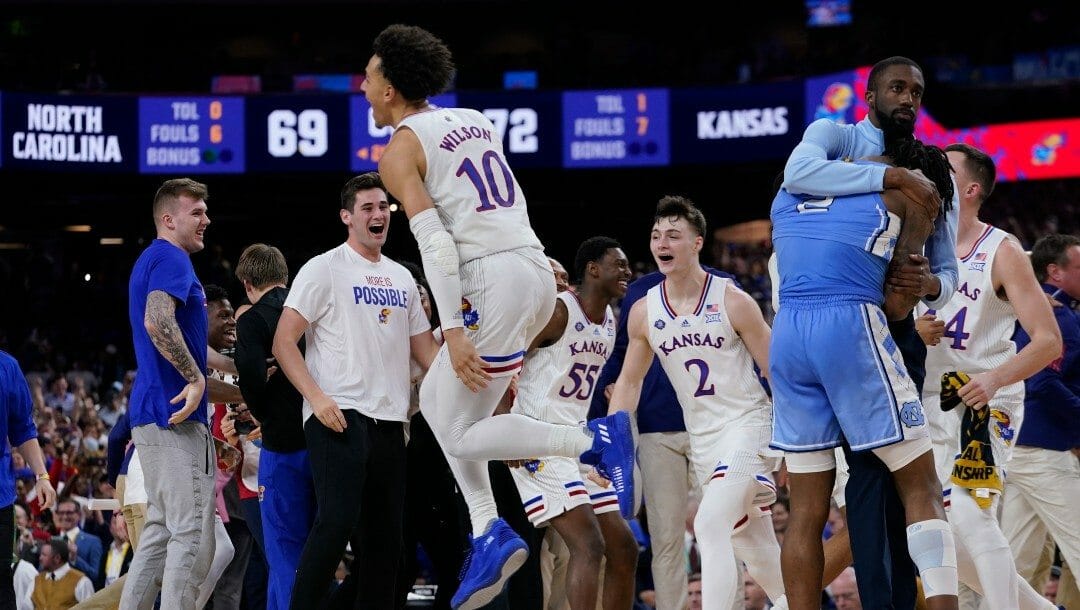 The tournament is over. Kansas defeated North Carolina, 72-69. The season has concluded. Pack up those NCAA basketball odds and head for the greener pastures of NFL Draft betting.

That’s the time-tested path of sports lovers in April, whether you’re a consumer or a content creator. (Maybe both, in my case.)

Before we move on to debating Kenny Pickett’s hand size, though, I did want to take one final moment to reflect – and maybe even appreciate – this year’s NCAA Tournament.

A Farewell to NCAA Odds

If you could design the perfect NCAA Tournament, what would it look like?

Let’s take out individual team preferences. I’d love to see West Virginia or my alma mater, James Madison, win six games and lift a trophy, but I’m not sure a random college basketball fan from Bloomington would care all that much about that.

No, I’m talking about an on-paper-perfect tournament. If you could design a 68-team bracket for maximum drama and enjoyment, what choices would you make?

We’d probably have a field with plenty of bluebloods and dominant national powers, but plenty of good mid-majors, too. Every geographic and economic group would be represented.

We’d need some fun upsets throughout the first two weeks, including maybe one or two heinously unforeseeable ones.

We’d need some legendary storylines that could transcend the usual basketball class that cares about this tournament.

And, when the dust settles, we’d probably want some of the most visible brands in the sport. Upsets are fun during the first weekend, but most people don’t want to watch California Community Technical Institute play for the title.

This is my formula for the best NCAA tournament possible.

It’s also exactly what we got this year.

The SEC and Big Ten disappointed. The ACC’s defiant success after a down year.

This year’s tournament really did give us all the morsels a basketball fan could ever ask for. It was actually so perfect that there’s a contingent out there that thinks the whole thing was fixed by CBS for optimal ratings.

For the record, I’m not a conspiracy guy and think most of their suggestions are silly, to put it mildly. I wouldn’t have even run into these sorts of ideas if I wasn’t jumping into random Twitter Spaces three or four nights a week and chatting it up with random internet strangers.

Invariably, the conversation turns to game-fixing and the NCAA Tournament. Then, I ask basic questions like, “Why would the NCAA intentionally knock out a blueblood like Kentucky in favor of a private Jesuit school from Jersey City with barely 2,000 undergraduate students?”

No one seems to have an answer.

Here’s the @espn story on Saint Peter’s hiring Wagner’s Bashir Mason as the school’s next head coach. The school that longest had the lowest resources in the MAAC has stepped up in wake of historic Elite Eight run. w/@jeffborzello. https://t.co/AwW4thOMO5

But the larger point here isn’t that the tournament is fixed, or that it isn’t fixed, or that 17 guys on Reddit heard from their uncle’s cousin that one player bet against his team in 1971.

When your tournament is so compelling that some people think it could only get that way artificially… that’s a pretty good problem to have.

Before you mentally move on to NBA Finals odds and the NFL Draft, just remember to appreciate the awesome tournament we all just enjoyed.

After all, it was just 24 months ago that we didn’t have one at all.