The Magic Zone for Dogs in This Year’s NCAA Tournament 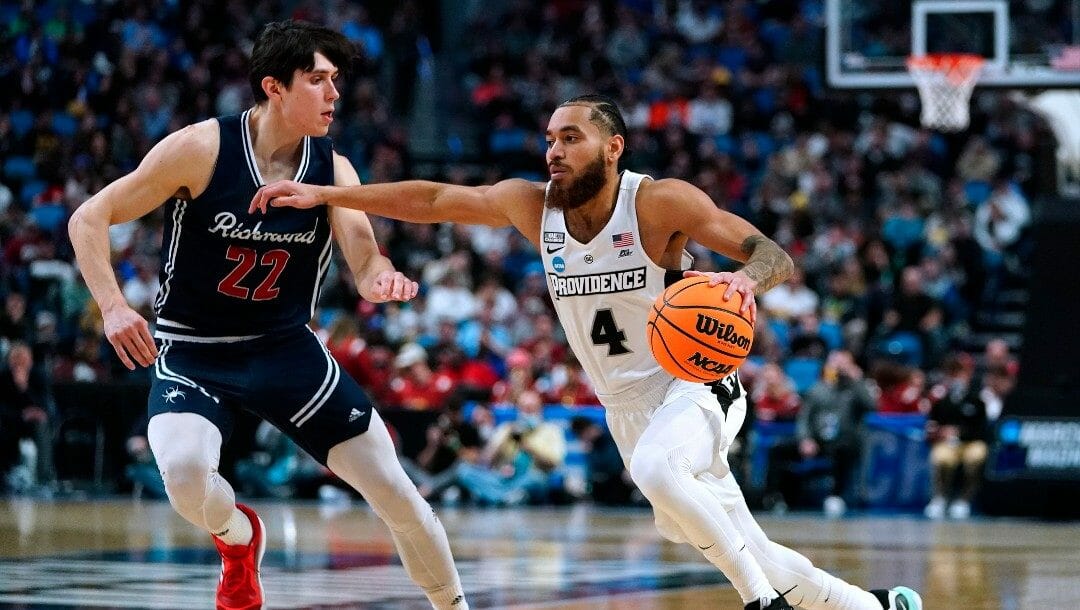 There are still eight games worth of NCAA basketball lines available for betting – including four on Friday – so it’s not quite time to hang up on the madness just yet.

After a brutally bad first day of parsing NCAA Tournament odds, I took everything back to formula. I let the second-round games play in the background last weekend as I mounted a fresh dive into the nuances of tournament point spreads.

The data was particularly revealing.

For one thing, favorites enjoyed a 13-7 ATS advantage throughout the early games on Tuesday (First Four), Wednesday (First Four), and Thursday – all days where fresh bettors are entering the market, looking to capitalize on the ubiquitous advice to bet on underdogs.

After Thursday, the dogs had a much better record: 19-13 ATS, with 10 outright upsets by seed.

There was one key market inefficiency I identified in my research, and I’m using it to mark target sides throughout this second week of the tournament.

This trend successfully identified Arkansas (+9.5) as a compelling dog in its Thursday night outright upset of Gonzaga, and it’s now pointing toward one Friday game as well.

NCAA Odds: The Magic Zone for Betting on Tournament Underdogs

Particularly in the early rounds, NCAA tournament games tend to fall into one of three categories.

First, there’s the hopeless cases. We’re talking about No. 1 seeds beating down on No. 16 seeds and games with massive 20-point spreads. Upsets are very rare here – though they do happen every once in a while. Am I right, Saint Peter’s?

What are the odds 🤯

Saint Peter’s Peacocks are +650 to head to the Elite 8 tonight… pic.twitter.com/pr7VhAFXkv

On the other side of the spectrum is the total toss-up game. Think about 8/9 matchups here, or perhaps a No. 7 that’s only a 1.5-point favorite over a No. 10. Bracketologists are probably just going with their gut and hoping for the best; in an actual handicap, bettors are probably laying out on a lot of these completely.

In both of these cases, consistent point spread trends are hard to find. Big underdogs catching 20 or more points can sometimes squeak a cover in. Other times, they are completely blown out. Montana State, Norfolk State, Jacksonville State, and a few others are good examples in this year’s tournament.

On the toss-up front, favorites held a big edge this year. Teams that were favored by 1-4 points 15-6 ATS throughout the first two rounds, though I personally assessed this to be anomalous data.

This year’s tournament has been marked by dramatic and memorable upsets, but many of the competitive-on-paper games fell toward the favorites. Historically, this is not necessarily true of the tournament.

Aside from these two broad outcomes on either end of the spectrum, there is a middle ground of upsets with extremely high ROI potential.

Underdogs who closed between 4.5 and 8.5 points were massively profitable during the first week of the NCAA tournament, finishing 11-4 ATS with six outright money line upsets.

This zone is what I like to call the “money line parlay” zone – where it seems like one team is going to win, but uncertainty about cover potential pushes bettors to consider a short parlay of multiple favorites.

But with the tournament creating this much annual carnage, it’s much more profitable to blind bet outright upsets for underdogs in this zone, rather than try to piece together money line parlays that are likely to fail.

Lest you think this trend was specific to this year’s NCAA basketball odds… it’s not. I went back and checked tournaments from previous years, and the trend holds up.

Some outright upsets from last year from this zone that you might remember: Oral Roberts (+7.5) over Florida, Loyola (+7) over Illinois, and Oregon State (+6) over Oklahoma State.

Thursday night, Arkansas closed at +9.5, which means they don’t technically fall into this category. However, the Razorbacks did open at 8.5, which was enough to make me consider looking at the Gonzaga upset a little more carefully.

For Friday’s games, one specific matchup falls neatly into this category: Providence (+6.5) vs. Kansas.

The ROI on these numbers is enough by itself for me to bet Providence on the spread and the money line, but that’s not the only data indicating the Friars are the right side.

There’s a mountain of professional money that has moved this number from its opening line at +8 down to its current position at +6.5.

The numbers speak for themselves. If you only hit the online sportsbook for one NCAA tournament bet on Friday, make it Providence plus the points.