You’ve Got One Last Glorious Chance to Fade Duke Basketball 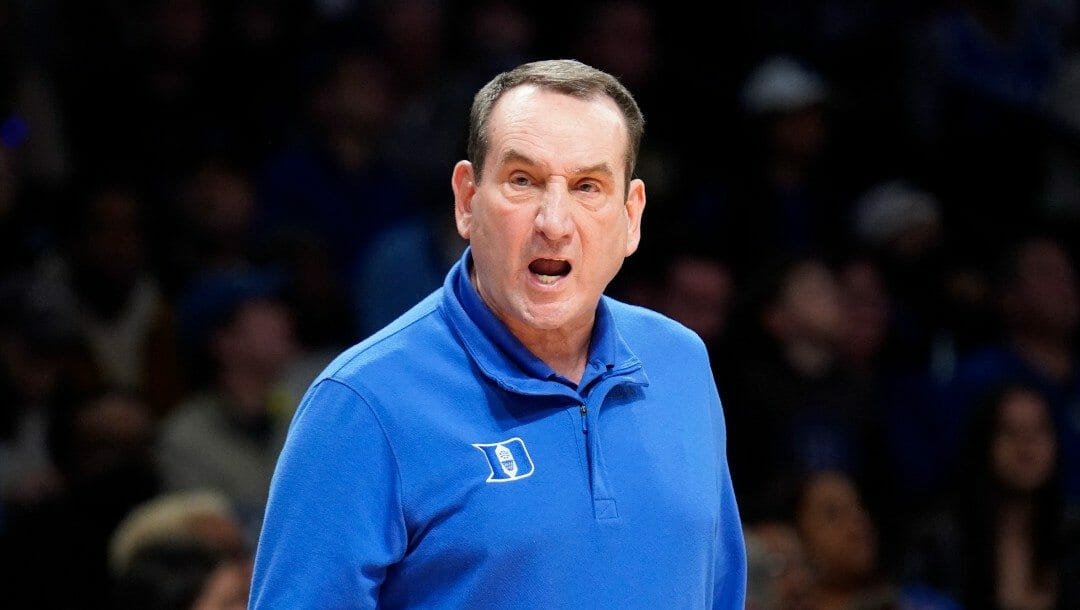 The field of 68 has been set, and NCAA Tournament odds are live. (Perhaps you’ve heard.) It’s time to dive headlong into a massive crop of NCAA basketball lines and identify some first-week handicapping targets.

With 50 tournament games over the next week, there are dozens of angles to play as the 2022 NCAA men’s basketball tournament whittles its way from 68 teams down to 16.

We’re going to talk about a lot of those this week here on the Roar, as well as on The Lion’s Edge.

However, one uniquely exploitable case of NCAA odds centers around Duke basketball. And since the idea is applicable to both filling out your bracket and betting on NCAA Tournament games, I thought it’d be good to point this out early in the week, before anyone gets too far into filling out brackets and bet slips.

NCAA Tournament Odds: Why You Should Bet Against Duke Basketball

There’s a memorable scene in The Big Short where John Magaro’s character looks straight into the camera and talks to the audience:

“Our investment strategy was simple. People hate to think about bad things happening, so they always underestimate their likelihood,” he says.

Whether you realize it or not, this is an incredibly salient point in sports betting. In the world of sports, the public tends to fall in love with these beautiful, easily-assembled narrative moments.

Think of the quarterback who wins a Super Bowl and retires, going out with a win. Or the Cinderella story that ends with a small school winning a national championship. These things do happen every once in a while, but they’re incredibly rare. The public desire for storytelling often outweighs its common sense.

The moral of the story here is that Duke is a strong target to fade during this particular NCAA tournament because of the groundswell of emotion and betting around Mike Krzyzewski’s year-long retirement tour.

Take, for example, Duke’s +1400 NCAA basketball championship odds. At best, you’re getting a watered-down number that too many bettors are hitting for non-basketball reasons; at worst, you’re buying a fundamentally flawed position.

Prominent voices in the college basketball marketplace have also pointed out that the last time Duke won an ACC regular-season title – 2010 – the Blue Devils went on to win the bracket. Since they also won the regular season this year, this must be a great spot to buy a Duke championship position. Right?

Real college basketball fans likely understand that this is a total misapplication of history. The ACC had real depth in 2010, and it was genuinely impressive to win the regular season back then. But with so many traditional powers showing regression this season, Duke’s regular-season title is hardly an indication of some forlorn national powerhouse status.

Too many amateur bracketologists are looking for historical or emotional reasons to bet on Duke. In truth, the only factors that matter are economic. Duke is an overpriced commodity that you should look to fade in this tournament.

Keep that in mind when you enter BetMGM’s Bracket Challenge.

Remember the overhyped finale at Cameron Indoor against Carolina? Duke was a double-digit favorite that got blown out at home. Krzyzewski’s coaching status was the only reason that number was as high as it was.

How about an ACC tournament championship loss to an inferior Virginia Tech team? There, too, Duke was an overvalued favorite, and bettors profited from fading. The Hokies scored a 15-point outright win.

Don’t misunderstand me. No one here is telling you to take Fullerton (Duke’s Round 1 opponent) to the Sweet 16 or anything. But as early as Sunday, when Duke tips off against either Davidson or Michigan State, I’m expecting to target Duke’s opponent as a valuable ATS commodity – especially if that opponent is a non-brand school like Davidson. I’ll continue this strategy for as long as Duke remains in the tournament.

In the landscape of online sports betting, economics is always the first vantage point to consider. Remember that before betting on any Coach K narrative victories. So far this season, his team is 0-for-2.