Duke in the Final Four: Everything To Know About Blue Devils 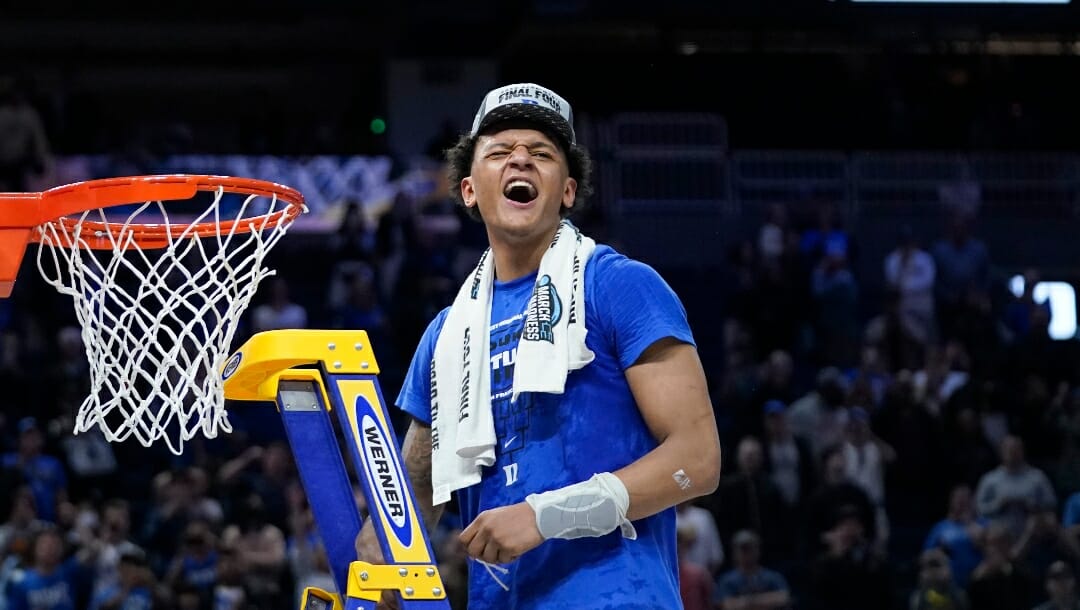 Coach K’s swan song continues as Duke is heading to its 13th Final Four since his arrival 42 seasons ago. The Blue Devils will try to send off their legendary head coach with a national championship in New Orleans next weekend.

Here’s a look at Duke entering the national semifinal, including national championship odds at the online sportsbook:

Who Are The Duke Blue Devils?

Shining Star: Paolo Banchero. Potential number one overall pick in the 2022 NBA Draft with pro-level moves and can score on his own at will.

X-Factor: Mark Williams. Seven-footer who is averaging 14.5 PPG, 8.8 RPG, and 4 BPG in the tournament, has stepped up in a big way on both sides of the ball for the Blue Devils.

How Did Duke Make the NCAA Tournament?

Duke won its first outright ACC regular-season title since 2006 this season in what was a down year for the conference as the ACC received just four bids.

The Blue Devils notched wins over both AP No. 1 Gonzaga and AP No. 2 Kentucky in a strong non-conference showing and made it to the final of the ACC Tournament where they fell to No. 11 seed Virginia Tech.

Four five-star freshmen have led the way for one of the nation’s younger teams that oozes talent at every position.

How Did Duke Advance to the Final Four?

Duke has faced some tough tests on their journey so far, but they have answered the call each and every time.

The Blue Devils have taken down Michigan State, Texas Tech, and Arkansas on their way to New Orleans in what will be Coach K’s 13th Final Four appearance at Duke. They boast the top offense in the nation, but a defense that ranks 45th nationally is a slight concern.

This price is too short for me.

This is the highest I have been on Duke all season long after watching their talent take over games in the last three rounds, but they don’t feel like this much of a favorite for me. There is value elsewhere on the board for national championship odds.