There’s a Surprising New Favorite To Make the Final Four 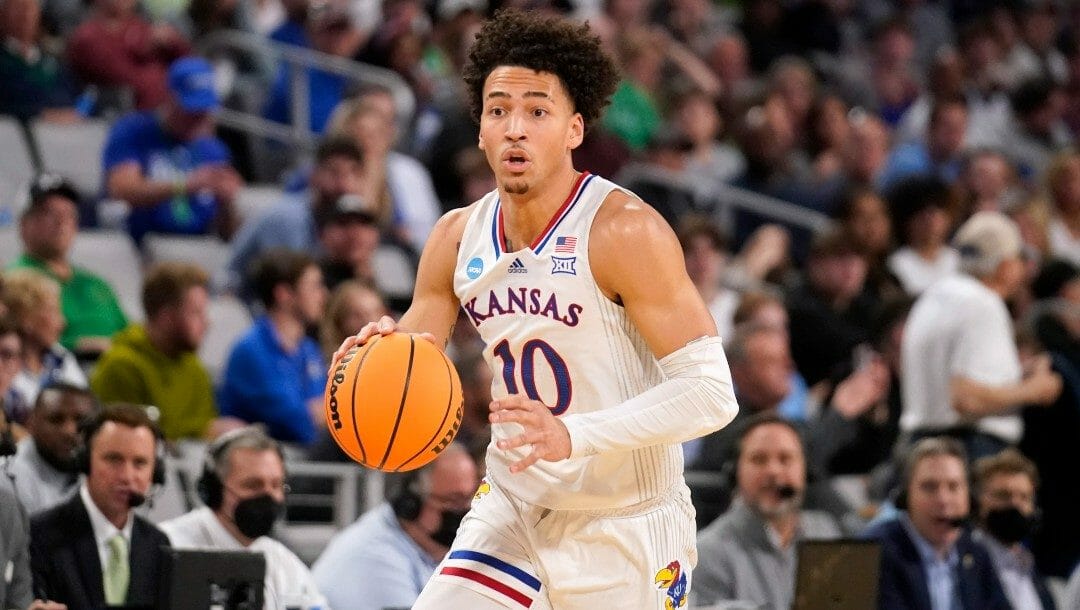 As we enter the second week of NCAA tournament odds, I’m looking for any noticeably unusual numbers that I can exploit.

For single-game NCAA basketball lines, that might include Texas Tech and Iowa State opening as favorites despite being matched against opponents that are higher seeds. (I’ll have more on this later in the week.)

But as any seasoned gambler can tell you, individual game spreads and totals are not the only marketplace worth betting.

As legal US gambling has created millions of new bettors and online sports betting stakeholders, online sportsbooks like BetMGM have gotten creative in crafting new markets.

One of the ones I’ve grown interested in this year is the Final Four marketplace.

NCAA basketball championship odds are available all year long, but once the tournament field is set, you can find prices for individual teams to make the Sweet 16 or the Final Four.

In reviewing those numbers, I’ve noticed something of an anomaly.

Unsurprisingly No. 1 overall seed Gonzaga remains the top choice in the NCAA basketball championship odds marketplace. At +230, the Zags are the clear betting favorite.

All that roughly makes sense.

Some bettors might instinctively want to quibble over Duke and Villanova’s NCAA odds behind Purdue, but given Purdue is playing in a region where the top two seeds have already been eliminated, it does make some sense to price the Boilermakers short.

For me, the real head-turning number is actually in the Final Four marketplace, where Kansas – not Gonzaga – is the marketplace favorite to reach the national semifinals.

Kansas might be 9/2 to win the title, but it’s currently -175 to win the Midwest region.

Gonzaga has slightly longer odds to win its region, checking in at -155.

Purdue is the only other team worse than even odds to make the Final Four at -125.

Arizona – despite being a No. 1 seed with similar championship odds to Kansas – is +140 to win the South region.

Which team has the easiest path to winning their next 2 games? pic.twitter.com/pyoHH1fNP9

As with the championship odds, the path forward is everything.

Gonzaga – 1-4 ATS in its last five games, by the way – must beat a tricky Arkansas team before playing the winner of Duke/Texas Tech in the regional final. (Lower-seeded Texas Tech is currently a 1-point favorite in that game.)

Kansas, on the other hand, will enjoy a much easier path through its region because of upsets. Like Gonzaga, the Jayhawks will play a No. 4 seed in its regional semifinal. However, if they win that game, they will play either No. 10 Miami or No. 11 Iowa State.

Thanks to the Big 12’s double round-robin conference schedule, Kansas has already played (and beaten) Iowa State twice this year, though both games were decided by single digits.

Given the pathways forward, it does make some sense that Kansas is handicapped as the Final Four favorite among the remaining teams. I would consider buying the Jayhawks as a short-term futures position.

Ironically, the bet I like most among this week’s Sweet 16 games is Providence +7.5. However, I don’t view this as definitionally contradictory – I just think Providence is a valuable position in a key point spread range.

If anything, I might bet three units on Kansas to make the Final Four and an additional two on Providence plus the points, creating a pseudo-middle opportunity.

That might be the best play remaining on the board for this week.