Kansas in the Final Four: Everything To Know About Jayhawks 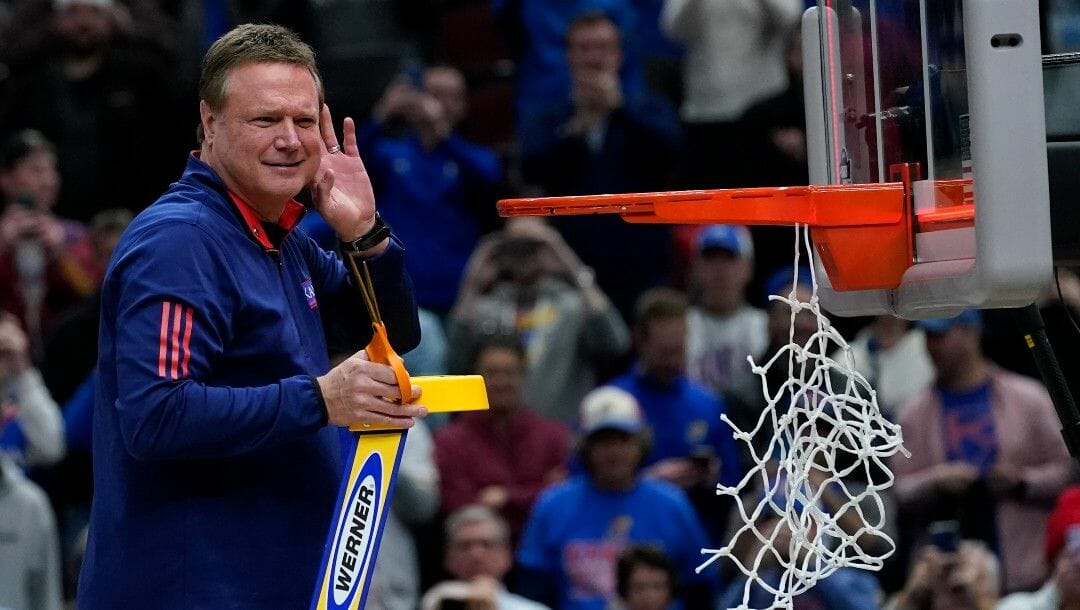 College basketball betting is entering its final weekend of the year with the Final Four Saturday night in New Orleans.

Kansas is heading back to the Final Four for the sixth time this century, but the Jayhawks only have one national championship. Can Bill Self and his squad snap the college basketball betting trends and come out on top this weekend?

Here’s a look at Kansas entering the national semifinal, including national championship odds at the online sportsbook.

Who Are The Kansas Jayhawks?

Shining Star: Ochai Agbaji. A likely lottery pick in the upcoming NBA Draft, Agbaji is averaging 18.9 points per game and is capable of scoring at all three levels with NBA-style moves, quickness, and length.

X-Factor: David McCormack. An anchor in the paint who sparked the team’s second-half run to victory over #10 Miami in the Elite Eight. One of the nation’s top offensive rebounders as a brute force in the middle.

HOW CAN YOU NOT LOVE THIS TEAM? pic.twitter.com/iUUbpnHpKh

How Did Kansas Make the NCAA Tournament?

For the ninth time in the Bill Self era, the Jayhawks completed the double feat of winning both the regular season and conference tournament titles in the Big 12.

Kansas went 14-4 in the conference and suffered just one loss outside of Quad 1 all season long. Back-to-back defeats to Baylor and TCU at the end of last month yielded mild concern about the team, but they haven’t lost since with nine straight wins dating back to March 3.

How Did Kansas Advance to the Final Four?

The Jayhawks have had a favorable draw to the Final Four with none of their four matchups in the Midwest Region coming against teams inside of KenPom’s top 30.

They cruised past Texas Southern, were tested by Creighton but ultimately prevailed, and Providence where the Friars never led by more than one point. A date with Miami in the Elite Eight started with a shaky first half that had the Hurricanes in front by six, but the Jayhawks ran them off the court by outscoring them 47-15 in the second half.

This is my bet to win the national championship this year. They have a great combination of experience and talent, they can win in tons of different ways and I don’t see a glaring weakness from any position.

Their second-half performance against Miami in the Elite Eight is one of the most dominant halves of basketball we have ever seen in the NCAA tournament beyond the first weekend and I like their chances to at the very least reach the national title game against a banged-up Villanova squad.