NCAA Tournament Most Outstanding Player Odds: Who Are The New Favorites? 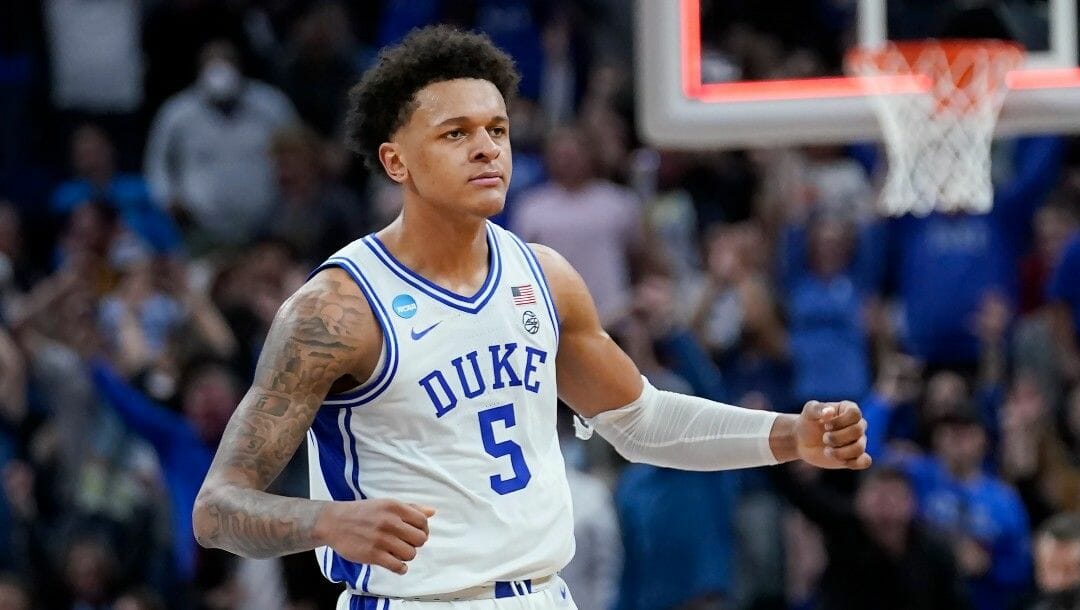 The NCAA tournament has reached the Final Four in what will be a terrific weekend for college basketball betting.

While many will focus on individual game college basketball betting lines, futures are another avenue to explore. One of them is the NCAA Tournament’s Most Outstanding Player, which has seen plenty of college basketball odds movement the last few weeks.

To help dissect the shifts in prices, here’s a look into a few of the biggest movers and what has them at their new price.

It’s fair to say that Duke might not be in the Final Four if it weren’t for the stellar play of potential No. 1 overall pick Paolo Banchero.

The 6-foot-10 forward has made some clutch shots for the Blue Devils throughout their tournament run thus far and his stats are worthy of being a favorite for this award.

The freshman has averaged 18.5 points, 7.0 rebounds, and 3.8 assists on 51% shooting from the field in Duke’s four victories. And with over 26% of the team’s shots belonging to him, he’s got enough reins of the offense to be the landslide winner of this award if Duke can finish the season on top.

Now that they are New Orleans-bound, Banchero may be the best player remaining in the field and has received the highest ticket percentage at 10.6%.

Think Paolo Banchero was calm under pressure? He winked at the camera with 34.7 seconds left 😅 pic.twitter.com/Z3OAuqrP6l

You couldn’t even bet on either of these players at the start of the NCAA tournament.

Both Kansas’ Remy Martin and North Carolina’s Brady Manek were off the board to win, but now sit within the seven shortest odds to do so.

Martin was the Midwest Region’s MOP after exploding off the bench for at least 15 points in three of the Jayhawks’ four games on their way to the Final Four.

As for Manek, averaging 21.5 points and 8 rebounds per contest wasn’t enough for the East Region’s MOP award so he will have to beat out teammate Armando Bacot for the honors if the Tar Heels are the ones cutting down the nets Monday night.

Add in that North Carolina has the longest odds to win the national title it’s likely why you see him at the longer number.

With the Jayhawks at +180, the second-shortest odds to win the national championship, it makes sense to see Martin at the shorter number.

He is also tied for the second-highest handle percentage with Banchero, meaning the public seems to be all over him as a dark horse candidate.

Kansas guard Ochai Agbaji has not been his usual impactful self in the team’s run to the Final Four, but the odds board does not show that.

The senior is still listed at the second-shortest odds to win MOP only behind Banchero as the odds are banking on a breakout performance from him at some point if the Jayhawks are to win the national championship.

Agbaji is averaging just 12.3 points per game on 41.7% shooting from the floor, a contrast from his season average of 18.9 points per game with a 47.1 field goal percentage.

Same with Martin, it’s likely he is seeing this shorter price because Kansas is barely behind the Blue Devils on the odds to win the national title. If the Jayhawks are indeed the champions, it’s hard to see them doing so without some serious contribution from Agbaji.