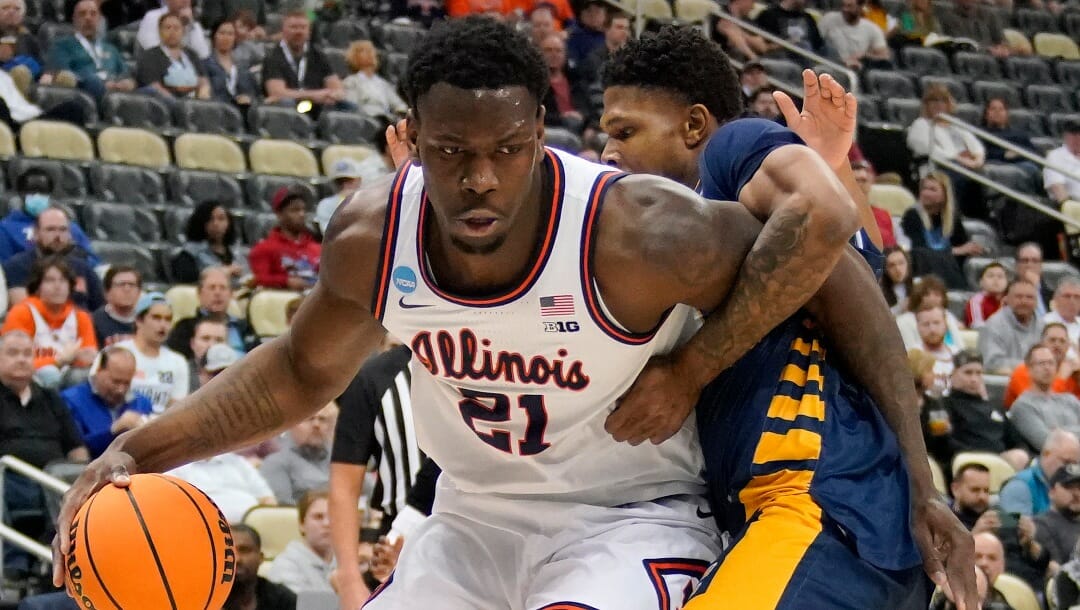 The madness continues into Sunday as the round of 32 is set, and the final eight games of the NCAA Tournament’s first week will determine the Sweet 16 field.

To prepare you for the college basketball action, we break down every matchup and give predictions:

Illinois somehow found a way to pull out the victory over No. 13 Chattanooga on Friday despite leading for just 25 seconds of the entire game. It was a shaky showing, but the Fighting Illini got it done, which is all that matters in March. They showed plenty of fight to stay in that one, but the guard play here concerns me.

Trent Frazier and Andre Curbelo were painfully bad in the first round and while that type of effort may be able to slide against the likes of Chattanooga (barely) in the first round, it certainly will not against Houston. Kyler Edwards and Jamal Shead ought to have a field day in this one and I fear it could get ugly.

Give me the Cougars.

Despite being a popular upset victim in brackets, Ohio State notched an ugly win over #10 Loyola Chicago on Friday and now get a date with No. 2 Villanova for a spot in the Sweet 16.

I am still among those who believe Nova is overlooked this season with a fifth-year point guard and plenty of talent and experience at every position. I think this is a great spot for the top ten Wildcats offense against a Buckeye defense that ranks outside of the top 100 in the nation.

That’s the end of the floor where I struggle to see OSU hanging around, so I’ll be on Nova in this spot.

Despite #10 Davidson’s 40-percent performance from beyond the arc against Michigan State, the Spartans held on for an impressive win over a high-powered Wildcat offense.

Allowing Duke to shoot that well would not be ideal, and Tom Izzo’s team will also have to find a more balanced offense if they want to knock off the Blue Devils. On Friday night, Michigan State saw 54 of their 73 points come from Joey Hauser, Gabe Brown, and A.J. Hoggard.

Sparty will need to spread the scoring more to advance in this tournament, and I’m just not sure there is enough firepower here for them to keep up with Duke’s offense that ranks sixth on KenPom.

When Wisconsin has the ball on the offensive end, this game will be a total battle of wills on the turnover front. The Badgers have the lowest offensive turnover percentage in the country, while the Cyclones are in the top five in defensive turnover rate.

Where these two separate is on the offensive end of the court. Iowa State was lucky enough to get matched up with an LSU team in the first round with a similar makeup as them and an offense that was incapable of going on any sort of run to garner a lead.

Not exactly the case against Wisconsin, while the ‘Clones will struggle to find ways to score against the serious size advantage the Badgers have in this one.

I just can’t see the dream run for Notre Dame continuing beyond Texas Tech. The Red Raiders churned out one of the most dominant performances in the first round with their 35-point win over Montana State on a gaudy 1.43 points per possession.

Yes, it came against a 14-seed, but if their offense can play like that the rest of the way, they will be an incredibly tough out. Texas Tech has the highest defensive efficiency in the nation, and they feel entirely out of Notre Dame’s weight class. I will be heavily on the Red Raiders in this spot.

If I have to pick an upset among Sunday’s action, this will be the spot. Miami’s backcourt can outplay Auburn’s, and their frontcourt surprisingly held their own against USC where most thought it would be dominated.

Jim Larrañaga is a coach I trust in tournament play, and he’ll get his team in a position to utilize their guard advantage in this matchup. The key for the Hurricanes to pull off this upset will have to come on the defensive end, as they allow a brutally efficient 53.6 effective field goal percentage, as well as the second-most offensive rebounds in the ACC this season.

I like their chances if they can just bring those up to average numbers against Auburn.

It was an important win for Texas to get past Virginia Tech in a game that many had the Hokies advancing, but I’m still not quite buying on the Longhorns.

They did not win more than two straight games in all of Big 12 play and I am heavily concerned about how they will be able to stop 7’4″ Zach Edey. The ‘Horns have just one player in their current rotation that is taller than 6’7″ in Dylan Disu and at 6’9″, he is pretty short for this matchup. Facing the 6’10”, 255-pound grown man that is Trevion Wiliams down low and suddenly the paint becomes a dicey place for Texas.

Edey has a serious chance to go for 20 and 10 in this game, and if he does, I can’t see how Texas will be able to prevail.

The Horned Frogs won late on Friday night in typical TCU fashion. An ugly rock fight where the star power of Mike Miles and Eddie Lampkin came through to put them over #8 Seton Hall.

It did not look like an offense that could keep up with Arizona, but if they could deploy their elite defense successfully against the Wildcats, they could give the field’s youngest team some trouble. The Horned Frogs held Seton Hall to just 42 points, the tournament’s second-lowest scoring output in all 32 first-round games. If TCU wants to pull this one off, they will need to make it as ugly as possible.

I’ll ride with Arizona for now, but this one could be closer than most think, and I wouldn’t shy away from TCU against the number.