Villanova in the Final Four: Everything To Know About Wildcats 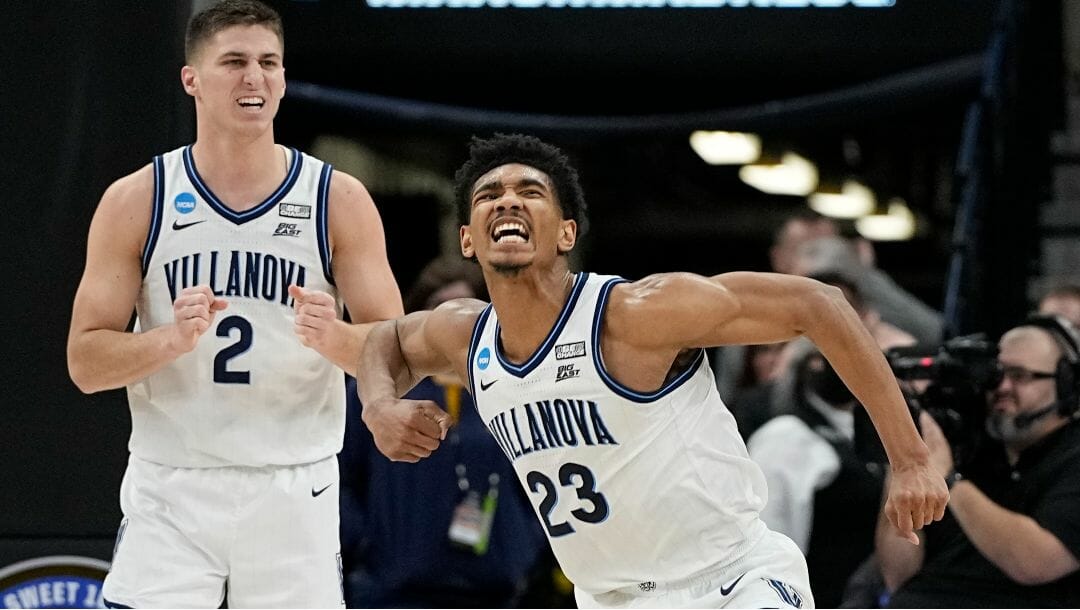 For the third time in six seasons, Villanova will be in the Final Four.

The Wildcats didn’t have as good of NCAA basketball odds as in the past, but Jay Wright’s squad came through when it needed to. It will take on Kansas, which will be great for college basketball betting with two of the game’s best coaches facing off.

Here’s a look at Villanova entering the national semifinal, including national championship odds at the online sportsbook.

Who Are The Villanova Wildcats?

Shining Star: Collin Gillespie. The fifth-year point guard leads the team in both scoring and assists. The Nova offense flows through him.

X-Factor: Jermaine Samuels. Was named the Most Outstanding Player of the South Region, and will have to take on a bigger load during the potential absence of Justin Moore in the Final Four.

You know what happened the other 2 trips
pic.twitter.com/qQAKQlLSX5

How Did Villanova Make the NCAA Tournament?

At 16-4, the Wildcats had a strong conference record but failed to win at least a share of the regular-season title for just the second time since 2013-14, the first season under its current alignment of teams.

While Providence topped the standings, the Wildcats entered the Big East tournament as the favorites after beating the Friars both times in the regular season. They took care of business, winning their fourth conference tournament title in the past five seasons and earned a No. seed in the NCAA tournament for their efforts.

How Did Villanova Advance to the Final Four?

Villanova has covered every spread on their way to the Final Four and has done so the typical Wildcat way. Free throws, efficient offense, and methodical tempo has brought them to a third Final Four in six seasons and they are an incredible 20-3 in the NCAA tournament over that stretch.

Victories over Delaware, Ohio State,  Michigan, and Houston never quite felt like games they were in serious jeopardy of losing and that’s hard to say for any of the teams remaining in the bracket.

I have loved this bet throughout the entire tournament, but the likely loss of Justin Moore makes me pump the brakes a bit. He is incredibly important to the team on both sides of the ball and losing a player of his caliber on a team that has only six players averaging more than 2.0 points per game makes this thin rotation even thinner.

I trust Jay Wright as much as any other coach remaining in the field but it’s tough to back them here without their second-leading scorer and top defender. Buyer beware.